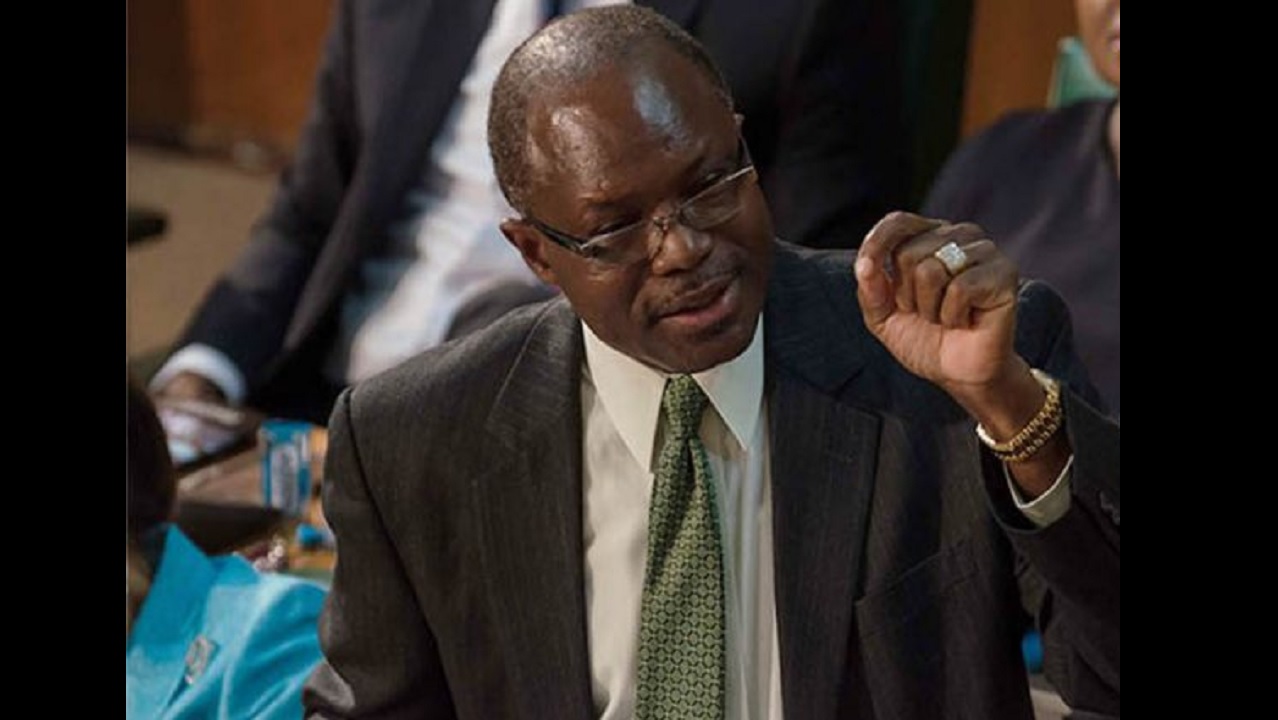 Member of Parliament for South West St Catherine, Everald Warmington drew the ire of his opposition colleagues on Tuesday with remarks about gang violence in certain Corporate Area constituencies.

Warmington suggested that some Members of Parliament in constituencies in Kingston and St Andrew are unable to control the high levels of crime plaguing communities under their control, and appeared to indicate that the problem was more pronounced in areas represented by MPs from the Opposition People’s National Party (PNP).

He was speaking in the House of Representatives on a motion for adjournment brought by Member of Parliament for East Kingston and Port Royal, Phillip Paulwell, during which Paulwell highlighted an alarming increase in both murders and shootings in his constituency.

The five-term MP told the House that what was being perpetrated on his constituents was nothing short of terror and that gunmen had ventured into the community from as far away as St James where a state of emergency (SOE) is in force.

When he rose to speak, Warmington at first expressed sympathies to Paulwell who had earlier shared comments and text messages from his constituents who told him they were cowering in fear at nights from the constant bombardment of gunfire. One constituent, in a message sent around 3:37am, called for a buffer zone to be placed between the warring factions.

But Warmington was not sympathetic for long.

“What I realise is that maybe the political representative doesn’t have the know-how or what have you, to control those thugs but I don’t see it happening in other constituencies,” he remarked.

“That constituency doesn’t have the political division or divide whereby you could say that it’s the JLP fighting the PNP. That constituency is controlled totally by one party,” Warmington insisted. He pointed out that East Kingston and Port Royal was won by the JLP on a single occasion, in the 1980 General Elections in which the party won by a landslide.

“If you look at the voting pattern in that constituency, it is total PNP therefore what you have is PNP fighting PNP and, with a PNP Member of Parliament, you should control it,” he said to Paulwell who responded with “utter nonsense.”

But Warmington persisted, stating: “There are no JLP gangs in that constituency, they are all PNP gangs. We should never allow the creation of any gang from one party or the other, especially when the seat is controlled by one party; it should never be encouraged.”

At this point, Paulwell rose on a point of order. “I take very strong exception to the member misleading the parliament about how gangs are formed.

“I can say without any fear of contradiction that I never and would never support political gangs of any kind in my constituency,” he said.

However, a defiant Warmington told Paulwell that: “Most of you know who the gang members are so turn them in.”

Meanwhile, South St Catherine Member of Parliament and Shadow Minister for National Security, Fitz Jackson was visibly upset when he rose to speak.

“I want to out-rightly reject the assertions by the member from South West St Catherine. It is unfortunate. The police report tells you that most of the murders in Jamaica are being committed by gangs. The highest crime area in Jamaica has been Montego Bay (St James)," Jackson said.

He added: "Is he asserting that the Members of Parliament in that parish are responsible for the gangs that are committing the murders in those constituencies? That is the inference he’s making (and) it is irresponsible and he should withdraw that remark.”

Jackson stated that criminals must be treated as criminals regardless of whichever party that they may give support to.

Of note is that four of the five constituencies in St James are represented by MPs representing the JLP.

In the meantime, according to Paulwell, based on his interactions with the police, he is convinced that they need greater support to carry out their duties. He said a military presence is also needed to augment the efforts of the police, as well as equipment to “augment the work that the officers are performing on the ground.”

Warmington at it again... another female reporter on receiving end

VIDEO: Warmington questions whether politics at play in crime spike