Walters, Burrowes and Binnie to represent Jamaica at Pan Am Games 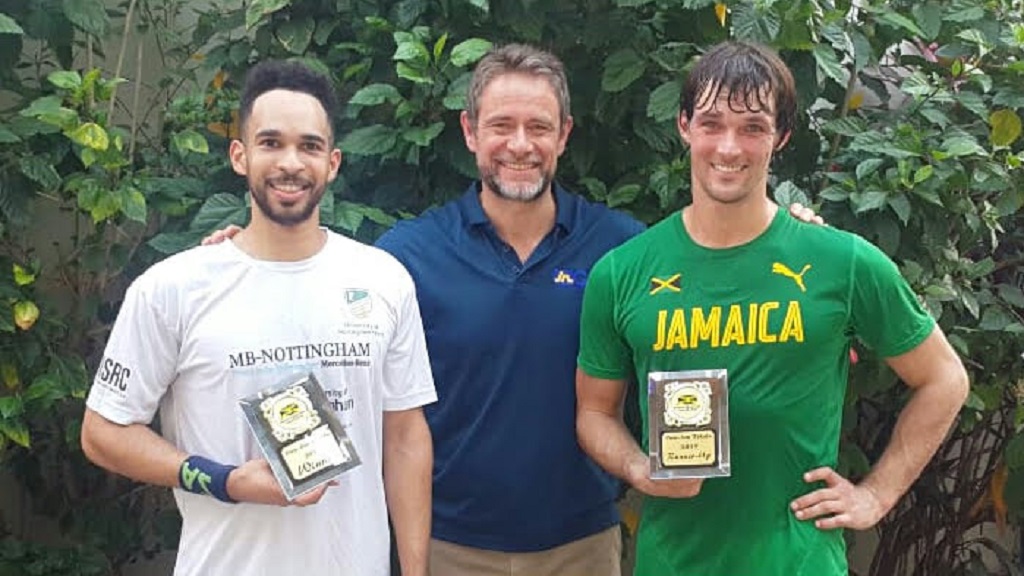 Chris Hind, (centre), president of the Jamaica Squash Association, joins players Lewis Walters (left) and Bruce Burrowes as they display their awards after qualifying to represent Jamaica at the 2019 Pan-American Games following the trials, which were contested from April 10-12 at the Liguanea Club in New Kingston.

Lewis Walters and Bruce Burrowes have qualified for the senior national squash team which will represent Jamaica at the 2019 Pan American Games; scheduled for July 26 to August 11 in Lima, Peru.

The players emerged in the top two positions following the trials, which were contested between April 10 and 12 at the Liguanea Club in New Kingston.

Walters and Burrowes will join Jamaican and Caribbean number one, Chris Binnie who automatically qualified for the team when he won a silver medal at the Pan-American Squash Championships last August in Cayman.

Karen Anderson, who will serve as Jamaica's coach at the Pan American Games, said: “The top players separated themselves from the pack in the trials and now with Chris, Lewis and Bruce qualifying I think we have a strong team who can create some surprises.”

Anderson further stated that, “the Pan Am Games is one of the most competitive international championships because you have powerhouses like Mexico and Colombia and teams from the US and Canada, so it’s an intense level of competition but if our players put in the work, which they have committed to doing between now and the tournament, they can do well on the big stage.”