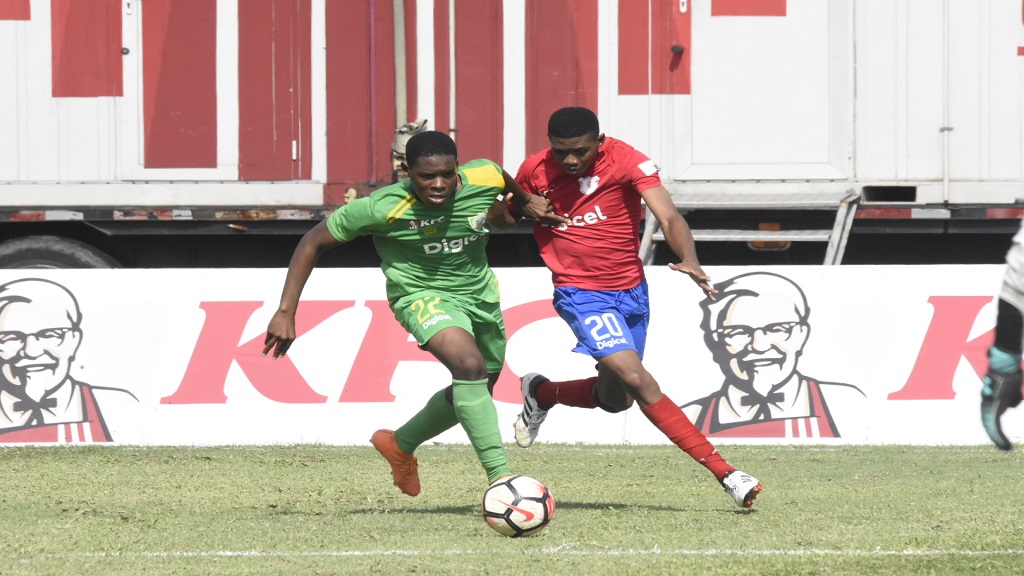 The finalists for the 2018 Inter-Secondary Schools Sports Association (ISSA) urban area Walker Cup knockout competition will be decided on Friday following the semi-final matches at Prison Oval in Spanish Town.

Hydel High and Camperdown High will contest the first semi-final at 1:00 pm while Excelsior High and St Catherine High will face off in the second match at 33:00 pm.

The Walker Cup has been downgraded to a controversial second-tier competition this season.

Traditionally the Walker Cup has been schoolboy football’s premier knockout competition, but has now gone through a major change in that the competition now comprises the eight losers of the Manning Cup Round of 16 home-and-away knockout.

In former years the seven preliminary round group winners and the best second place team earned the right to contest that competition.

Both schools got to the semi-finals with easy victories in the first round, which was the quarter-final stage. Excelsior High blanked Denham Town 2-0 to book their spot into the last four, while St Catherine High turned back Calabar High 3-0.

Now an interesting game looms between Excelsior High and St Catherine High, which will be meeting for the third time this season.

The schools met twice in the home-and-away first round of the ISSA/Digicel Manning Cup. St Catherine High won 2-0 at home on September 19 and Excelsior High turned the tables and came out 2-1 winners at the Courtney Walsh Oval on October 5.

Excelsior High are searching for their eighth Walker Cup title, while St Catherine High are looking for their first major title in schoolboy football.

Hydel High are highly fancied to beat Cumberland High in the first semi-final.

Hydel got into the last four by beating Mona High 3-2 and Cumberland High got by St Jago High 1-0.

On their way to qualify for the second-tier competition, Hydel High won eight of their 10 matches in the preliminary round of the Manning Cup to finish on 25 points with five-time defending champions Jamaica College (JC), which topped the group courtesy of goal difference.

However, in the second round of the Manning Cup, Hydel were knocked out by last season’s beaten finalists St Andrew Technical High School (STATHS). At that stage Hydel lost 1-0 to STATHS in the first leg at Prison Oval on October 17 and then the teams battled a 2-2 draw in the second leg at Calabar High on October 20.

Based on what transpired this season, Hydel should prove too much for Cumberland High, which created history this year with their first-ever appearance in the second round of the Manning Cup.

The Grand Finale will take place on Wednesday, November 14.