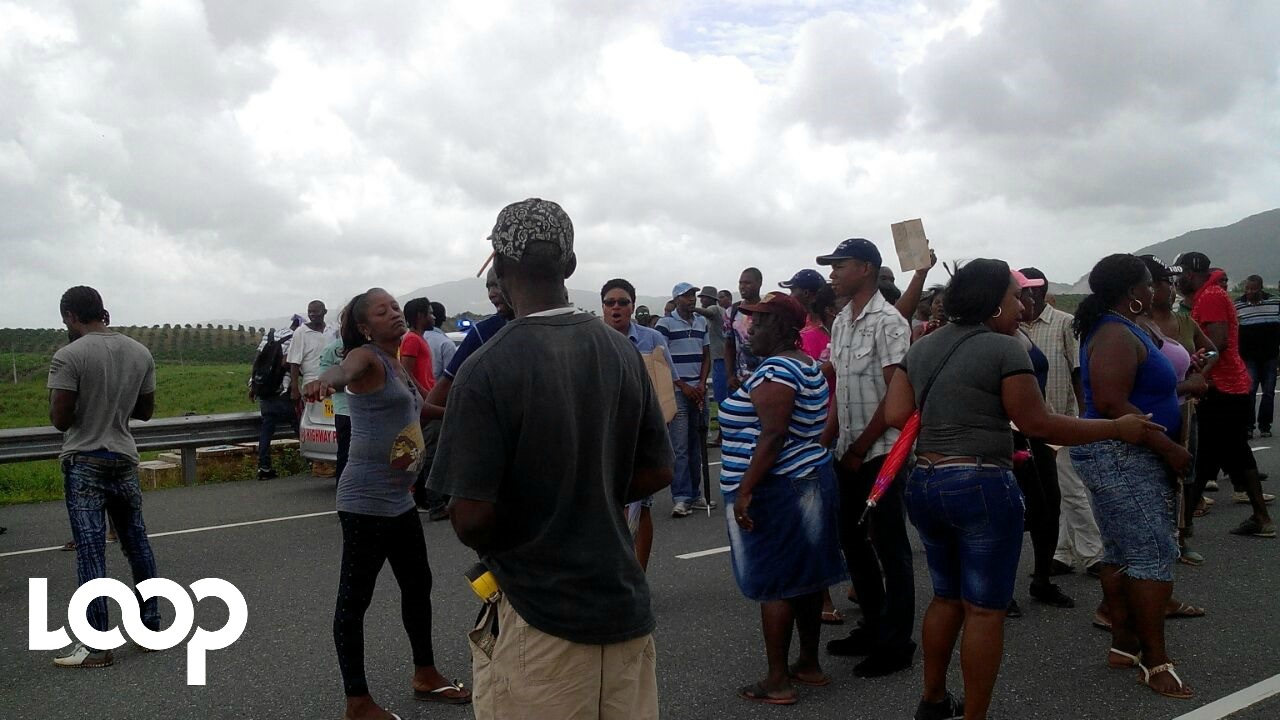 Residents and taxi operators who ply the Buckson Town, Wakefield area protested along the Bog Walk Gorge main road on Monday for the second time in a week.

The protest snarled traffic on both sides of the thoroughfare.

Raul Howell told Loop News that the inaction of the political representatives had worsened the state of the roads.

"MPs Pickersgill and Tufton do nothing for the community. Pickersgill get little vote in the last election and so him not fixing any road although the majority of the road belongs to his constituency. Tufton just come and him win so him must do his part. Watch this, them fix all roads around Wakefield and now they plant cane along the roadway and every time truck comes for cane, the road get worse," he reasoned. 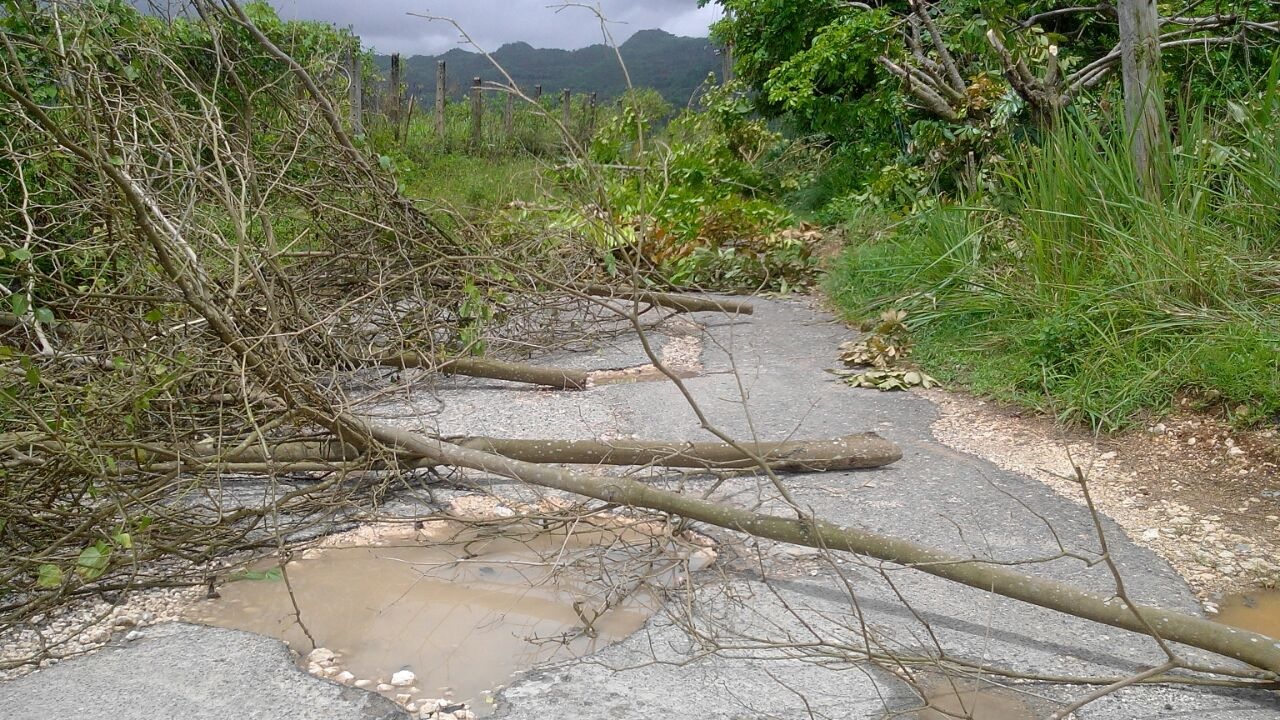 A female protestor who is a bus operator says that the state of the roads has undermined her ability to keep her fledgling business alive, but more importantly, could threaten the lives of residents in the area.

"Although I have red plates I have to come off the road most times because the money to fix parts expensive. The other day, a man sick and ambulance from Linstead come for him and the vehicle break two springs and said they said they not coming back in the area. So what will happen if ambulance refuse to come for the sick?" she asked.

Another said that just "few weeks ago a thief lay down in a big pothole and when the taxi coming him rob the taximan and passengers. So we living in fear".

When Loop news visited the area last Tuesday during the staging of a similar protest, Junia Butler, a returning resident who has been in Jamaica for over thirty years, said "the road needs fixing and all they do is put maul on the road and I can't even sit on my verandah due to the dust." 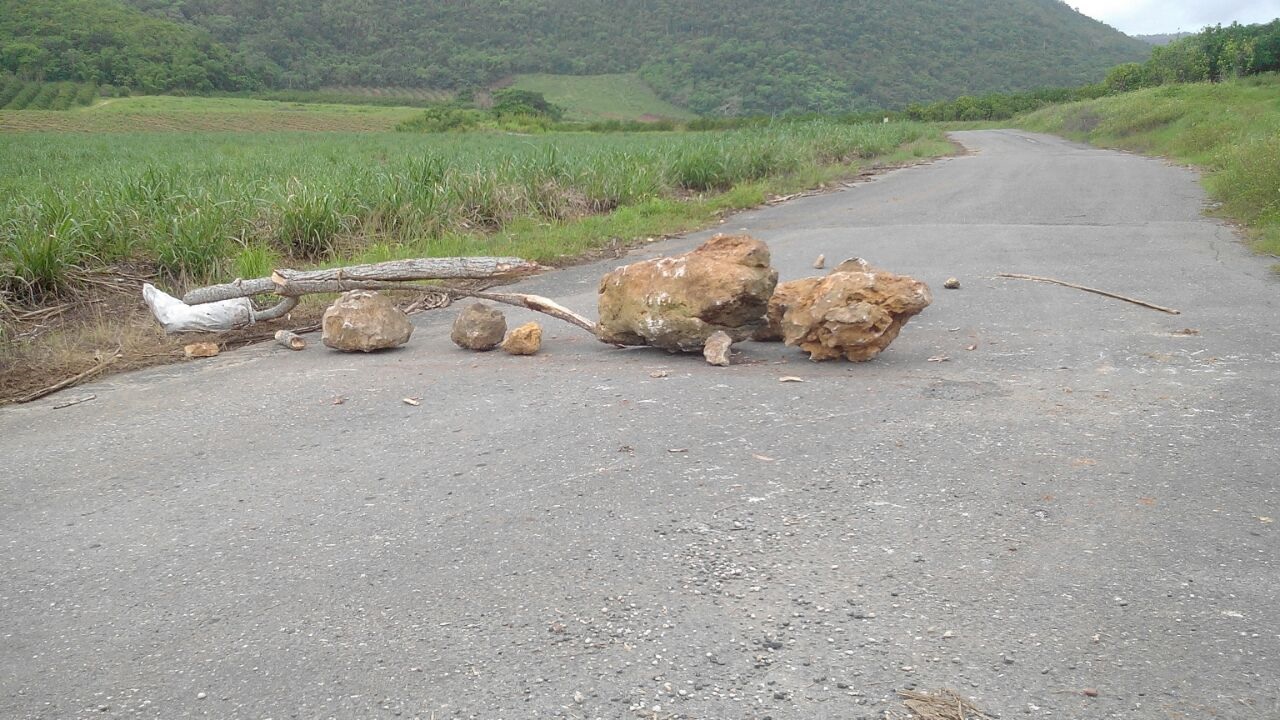 She wore a resigned look on her face.

"Look at my hands... is come I come out of the house and hold on to the chair to sit down and look at the dust on my hand," the elderly lady complained.

However, a developer of Adore Development, Harry Nesbeth told Loop News that he has been grappling with the situation, personally bankrolling the maintenance of the road, but appealed for intervention of the authorities.

"Up to Thursday I laid maul on the roadway. I have donated maul to councillors all the time. I have the equipment and can donate some maul and they can buy some and we get the work done. The roadway needs more than maul because of the dust so it needs asphalt and tar,' he said.

Nesbeth suggested that he is willing to assist the community if the authorities give his company permission.

"We are willing to fix the road if they give us the go ahead now, but it's costly and we need assistance even with gas oil, since we have the equipment but it's just talk and no action," said Jordan Nesbeth.

On hand was councillor for the Linstead Division, Herbert Garriques, who sympathised with the protestors and vowed to speak with the St Catherine Municipal Corporation.

"This is a parish council road and bottom line is that there is no money to fix the road. The last estimate done was $33 million. With Mr. Nesbeth wishing to come on board we can have a sit down and put things in writing and see what happens," he said.