Voters in New Jersey and Virginia to pick new governors 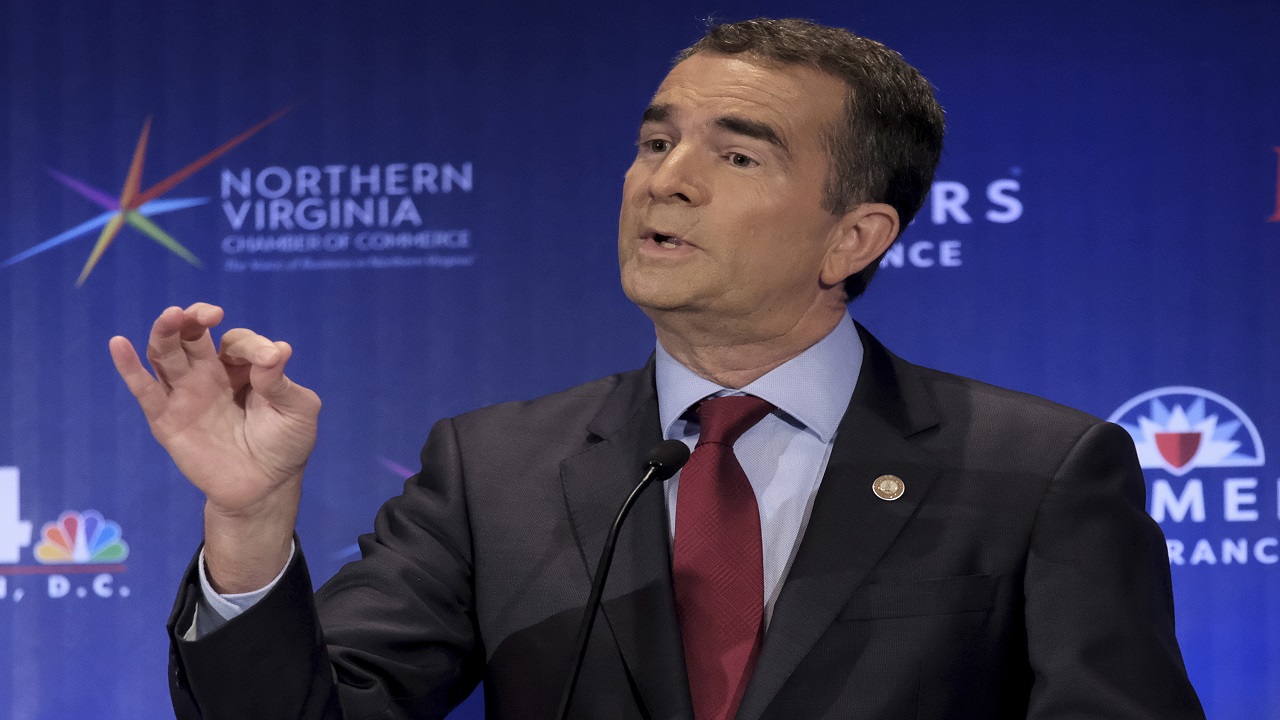 In this Sept. 19, 2017 file photo, Democrat, gubernatorial candidate Lt. Gov. Ralph Northam describes his view on confederate monuments in McLean, Va. Voters in Virginia and New Jersey are picking new governors in contests that could be an early referendum on President Donald Trump.

Voters in New Jersey and Virginia are choosing new governors Tuesday in contests that could be an early referendum on President Donald Trump.

The stakes are high as both parties seek momentum ahead of next year's mid-term elections. In Virginia, Republican Ed Gillespie is in a tight race with Democratic Lt. Gov. Ralph Northam, while in New Jersey Democrat Phil Murphy faces off against Republican Lt. Gov. Kim Guadagno.

In Virginia, Gillespie and Northam have staked out key differences on taxes, guns, abortion and other issues. Gillespie supports a cut in the state's income tax rate, less gun control and more restrictions on abortions. Northam said he wants a tax overhaul that targets low-income Virginians, supports greater gun restrictions and abortion rights.

In New Jersey, Murphy has promised to check Trump's influence on his state. He has promised a liberal agenda that includes support for raising the minimum wage to $15 an hour, hiking taxes on millionaires, increasing funding for schools and legalizing marijuana.

Murphy earned a fortune at Goldman Sachs before serving as Barack Obama's ambassador to Germany,

Guadagno has tried to distance herself from Trump and outgoing Gov. Chris Christie, but it's been challenging since she served as his top deputy for eight years. She's run on lowering the state's property taxes and ending so-called "sanctuary cities."

Nationally, Democrats haven't won any special elections for Congress this year and the next Virginia governor will have a major say in the state's next round of redistricting, when Congressional lines are drawn. Republicans are looking for a boost as their party is beset by intraparty turmoil between Trump and key Republicans in Congress.

Virginia's race has been an often ugly slugfest that political observers say has been more racially charged than past contests in recent memory. Outside groups on both sides have spent millions to influence the outcome and called on high-profile surrogates, including former President Barack Obama and Vice President Mike Pence.

At Jahnke Road Baptist Church in suburban Richmond, Virginia, Angelica Bega, 39, said she was uncertain whom she would vote for Tuesday until she was handed a ballot, but she ultimately voted for Northam.

"I was pretty split right down to when I voted," she said. "I was very on the fence. I'm an issues-driven voter and it was very frustrating to see the attack ads and the emotional appeals that dominated the campaign."

One tipping issue, she said, was immigration. "I don't think immigration is a big deal for many Virginians, but I think that Gillespie trying to make it an issue, I was more on the other side. It made it a bigger issue for me."

Emogene and Jimmy Babb, both 74, voted straight Republican at a rural polling station in Windsor, Virginia. They said there wasn't any one particular issue that drove them to the polls but said they shared Gillespie's positions on gun rights and not removing Confederate statues.

"Statues should stay where they are," said Emogene Babb, a retired office service specialist at a local health department. "They are part of our history. We need to accept life as it was. Our forefathers fought for them."

Gillespie has kept Trump at a distance but tried to excite the president's supporters with sharp-elbowed ads on immigration and Confederate statues. The former Republican National Committee and Washington lobbyist has been criticized by Democrats and some conservatives as running a race-baiting campaign.

Northam, an Army veteran and pediatric neurologist, has lumped Gillespie in with the white supremacists who rallied in Charlottesville this summer in support of Confederate monuments.