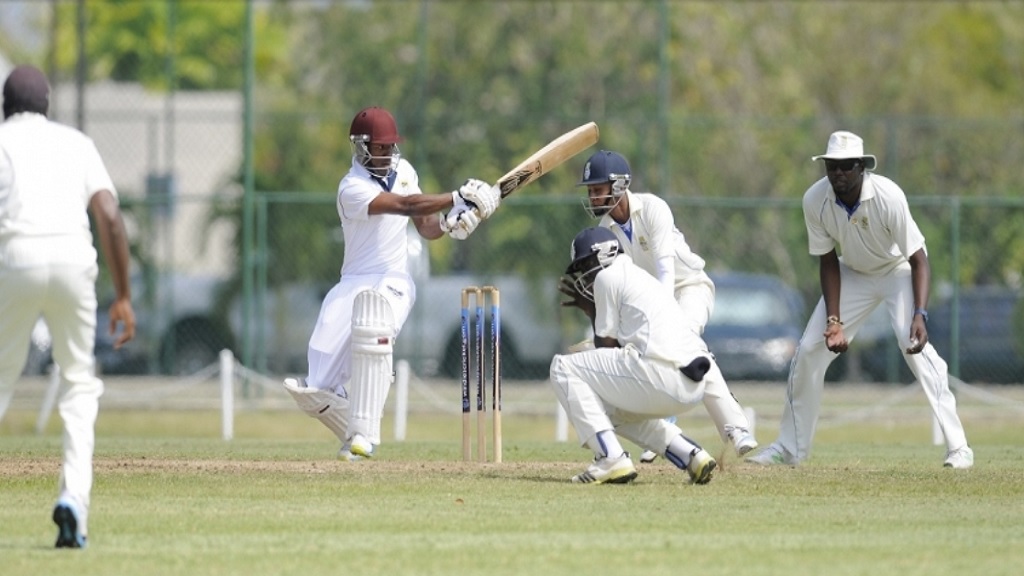 Jamaica Scorpions were kept in the field all day at Sabina Park as Windward Island Volcanoes, sent in to bat first, reached 314 for five at stumps in their second-round match of the regional four-day cricket match.

Kavem Hodge (88) and Devon Smith  (77) scored half-centuries to put the visitors in charge.

Medium-pacer Derval Green was the pick of the Scorpions bowlers with three for 58 from 20 overs.

Over at Kensington Oval: Tagenarine Chanderpaul’s unbeaten 66 was the foundation for five-time defending champions Guyana Jaguars' 209 for eight at stumps against Barbados Pride.

Kemar Roach was the best bowler for the Pride with four for 28.

There were two wickets each for Johnathan Carter and Jomel Warrican.

Over at Brian Lara Cricket Academy: Trinidad and Tobago Red Force dismissed the Leeward Islands Hurricanes for 185 and then reached 74 for one at stumps.