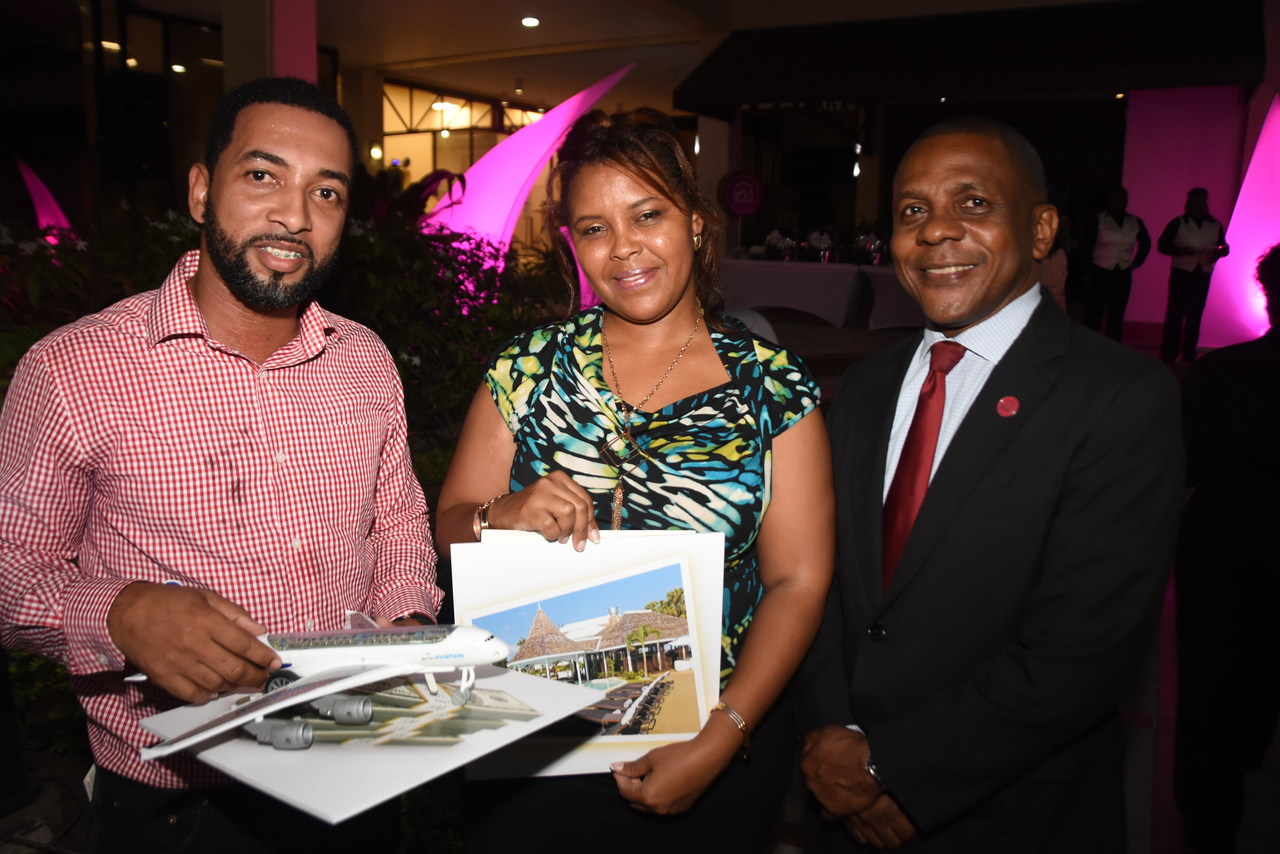 The old adage says the reward for hard work is more work. However, this isn’t always the case as recognizing an employee's, or a client's efforts demonstrate that the job they are doing is valuable to the business. It sends the message that their hard work is worth rewarding and therefore must be important.

The Victoria Mutual Building Society, recently held a soiree to recognize real estate companies and their agents in Jamaica that contributed to the success of the organization during 2017.

According to Paul Elliott, Vice President for Sales with responsibility for the Mortgage Centre,  a simple thank you goes a long way and will not only make your  clients or business associates feel good but will actually benefit your business in the process.

“To say thank you, we are not only feting the realtors but  we also launched  the 2017 ‘Win With VM’ Realtor Incentive Promotion which rewards them for their hard work. For 2018  we also want to continue on this path of recognising our realtors for their contribution and will again have a 2018 ‘Win With VM’ Realtor Incentive Promotion as part of  Victoria Mutual’s 140 Anniversary celebrations,” Elliott said.

“It is not so much the incentive but the focus on building sustainable partnerships. We see the realtors as the first point of contact where a transaction starts for many persons who want to acquire assets in real estate.  The realtors make referrals for their clients to us which is beneficial to our business,” Elliott said.

“As a result, we constantly measure how we perform and work assiduously to meet the requirements and standards set by the industry,” he added.

Miguel Fairman of Golden Gates Reality was the top agent in the 2017 Win With VM Realtors Incentive Promotion taking home the grand prize of a trip to Miami and US$2500 in spending money. An elated Fairman said he was just doing his job and did not expect to be recognised.

“I can’t explain how I did it. I just kept pushing,” Fairman said. “Now, I feel as if the work that I have put in has really paid off. No matter what the needs were, Victoria Mutual would go above and beyond the call of duty to help,” he added.

Renae Cole of Island Homes was the second place winner of a weekend for two and US$500. “I am shocked! I wasn’t expecting this. I just came for the meet and greet and I had no idea that I would have been one of the lucky winners [for 2017],” Cole exclaimed.

Third place went to Andrea Rowe of West Indies Home Contractors Limited (WIHCON), and she pocketed US$1,000 in prize money.

Elliott indicated that the incentives for the top performers for 2018 Win With VM Realtors Incentive Promotion  would include additional rewards in keeping with the celebration of the organization’s 140th year anniversary.

The top performer for the first half  of the year that will end in July will receive the grand prize of a trip to Bermuda. Meanwhile the top agent for the second half ending in December will receive a 5 day trip to Italy inclusive of air fare and spending money.

Howard Johnson Jnr, president of the Realtors Association of Jamaica, said the realtor’s ultimate goal is to satisfy their customers, and the partnership between the organization and Victoria Mutual has been a mutually beneficial one.

Other exciting things will also happen at the Victoria Mutual Group this year as the organization celebrates 140 years of helping Members and clients build better lives for their families.

Elliott also indicated that there would be an increased focus on commercial loans from the organization.  “Loans, for the purchase of commercial real estate priced at JMD $30 to JMD $50 million, can be sourced to build apartments, townhouses, or any other accommodation for resale,” Elliott said.