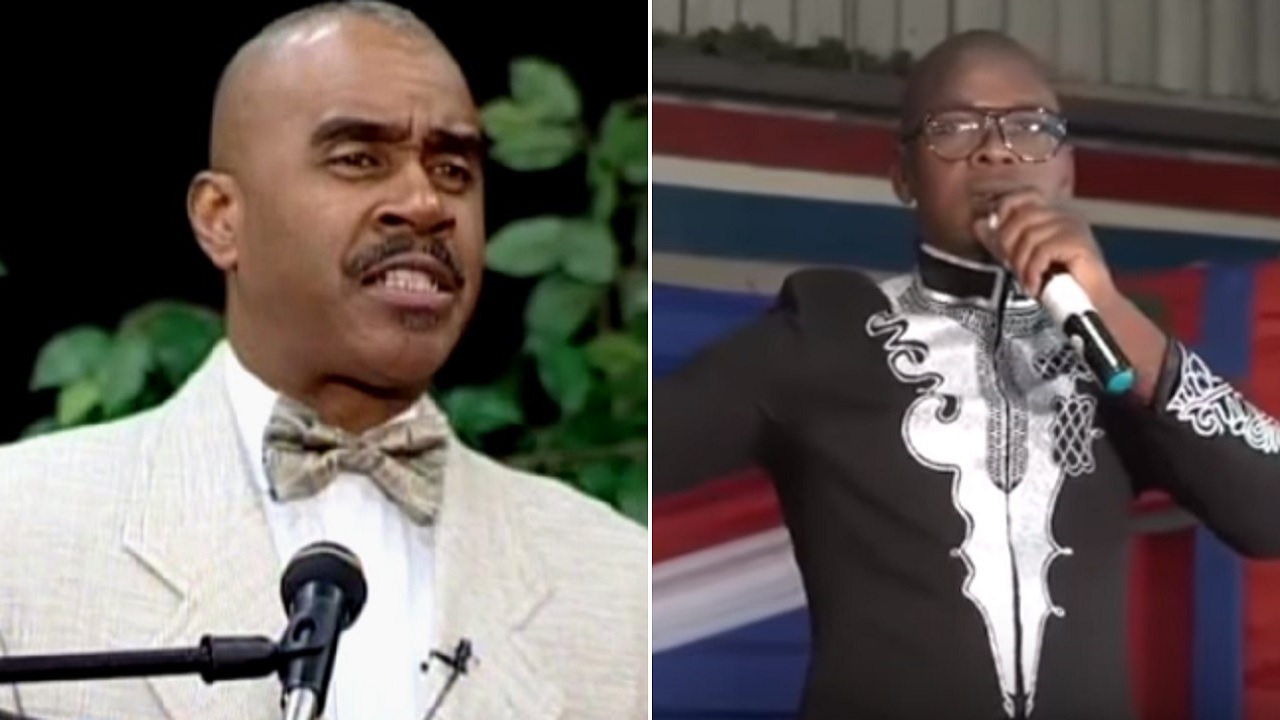 The recent fiasco involving dancehall entertainer Mr Vegas and Pastor Gino Jennings inside a Jamaican church has led me to ask some serious questions.

A video of Vegas being ordered ‘ushered out’ of a church service which Jennings recently held in the artiste’s native land of Jamaica has been turned into comedy central by some of the entertainer's own country men, with the term 'usher him out' being the latest slang on the lips of many.

But let’s take two steps backwards and look at the bigger picture.

Could a Jamaican pastor convene a church service anywhere in the United States and treat an American in the same manner? And to boot with the assistance of the American police?

I think not. The fact that the Jamaican police took the lead in forcibly removing the artiste, who broke no laws, from the First Church of Our Lord Jesus Christ is even more troubling.

In the whole scenario it seems that point has flew over the heads of many of those who are taking this issue for a joke. It is my view that no foreigner should be allowed to come to our beloved shores and treat a Jamaican in that manner and be praised for doing so.

What lawful reason did the police have to usher Mr Vegas out?

Was Vegas behaving in a violent manner?

Did his behavior warrant a foreigner, based in Philadelphia, USA, to be allowed to disrespect a fellow Jamaican on his home soil and we laugh about it?

It is time for us to do some serious introspection and desist from believing that anyone who talks different from us and come from the land of opportunity and bliss to just have their way. Come on Jamaicans, lets stand up for our own when its warranted and not just be Jamaican when our athletes are performing spectacularly on the world stage or our beauty queens are wooing Miss Universe and Miss World pageants.

In the Jamaican vernacular: A wha we a really deal wid?

The build up to the confrontation has its genesis in Jennings making a statement branding women who wear false hair, false and painted nails, make up and excessive jewelry as whores. Strong language from a man of the cloth.

The Bible thumping rant from the pulpit by Jennings seemed to have irked Vegas hard and he went on a social media campaign lambasting Jennings for his comments.

Vegas’ objections were noted by Jennings who invited the singer to come and debate the topic with him in Jennings’ domain. To be fair to Jennings, Vegas was out of his depth and rightfully should have been dismissed as he was no match for the man of cloth who must have made millions studying the bible and selectively quoting from the book to appease his adoring followers.

But why remove him from the church? Wasn’t Christ, who is the solid rock on which the church stands, an inclusive Messiah? Is not Jennings a man who is seeking souls for Christ?

I would have thought that Jennings would have embraced the young man and use his superior knowledge of the Bible to convince him that his observations were on point and debate him into submission. Not very Christ-like from a man who has used the teachings of Jesus Christ to possibly amass a worldly fortune.

In my view, Vegas himself needs to do some serious introspection as the conceptualizer of a single entitled She’s A Hoe.

But that is another discussion for another time.

Another question which comes to my mind is the fact that Jennings, who in my view, made statements that were very degrading to women who do not subscribe to what he thinks is the proper mode of dress was allowed entry into the country but Anti-gay US preacher Steven Anderson was prevented from boarding a flight to Jamaica by airline officials in Atlanta who claimed the Jamaican Government had issued a directive to deny him entry.

I cannot definitively say Anderson was denied entry due to lobbying from gay activists in the island but would like to opine that if that is so, why didn’t women advocacy groups in Jamaica, who are so vocal on other issues, not come together and protest against Jennings being allowed to come to their country and spew his religious vitriol?

Is it that they are comfortable with a man of the cloth degrading them as whores because they wear lipstick, false hair and nails and prefer to wear shorts and sleeveless tops in a tropical country?

Jennings has also preached that women should not wear pants, a view that borders on religious zealotry. Does Jennings also believe that women who wear pants are whores too?

The fact that so many women were in attendance at the service and probably donated their hard earned money to Jennings’ religious cause, speaks volumes of the agenda of the nation’s women. It has often been said that a woman’s worst enemy is another woman.

This whole scenario can and must be used to gauge how we as Jamaicans value ourselves and what we will allow an outsider to visit our beloved shores and get away with.