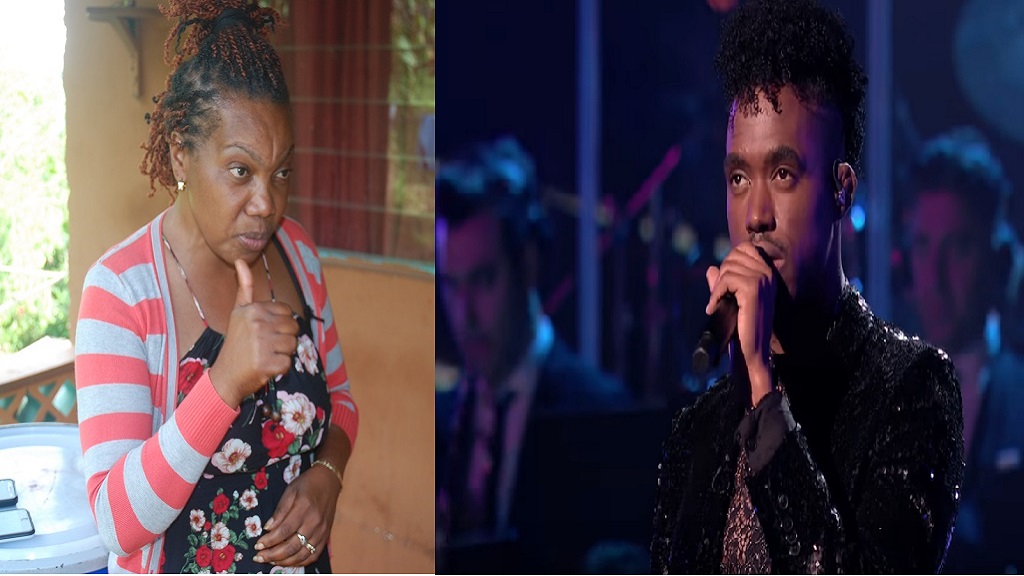 A mother and child reunion. Is only a motion away – Paul Simon

It would be good, great actually, if X Factor UK winner Dalton Harris and his mother could mend fences.

As much as we have to say on the issue, no one can get between a mother and child, regardless of the ill feelings now simmering between them.

A lot has been said leading up to the historic win by Jamaica’s Harris about the soured relationship between him and his mother, 52-year-old Sylvia Campbell.

The troubled relationship between mother and son was revealed by Harris himself during an interview with the British media. Harris said his mother’s lover punched him through a glass window and his mother took the side of the man over her child.

He said his mother also encouraged him to lie down in the road in front of a truck and take his own life in order to relieve her of the stress he was causing her.

In the initial stages, Campbell denied Harris’ claims but, for whatever reason, she decided to come clean and admitted that she in fact did scar him physically and mentally and that her lover did in fact thump him through a window. If that is not child abuse, then nothing is.

Harris has carried that hurt for years and, in a previous Facebook post, revealed that he once harboured thoughts of killing himself and even attempted it after his successful run in Jamaica’s version of the X Factor, Digicel Rising Stars.

It is a messy situation, but not one that cannot be repaired.

The opinions about the route Harris should take going forward are two sided. The overwhelming majority of comments that I have seen on social media are leaning towards him moving on with his life and leaving his mother, the woman who gave him life, if nothing else, to wallow in her present miserable existence and get on with his life.

Forgive her and forget her, they say. The woman is toxic. Sometimes it is better to love them from afar. His best bet is to stay as far away from her as he can.

From my viewpoint, it is clear that Campbell is not the most articulate person in the world and her ignorance and fiery attitude comes rifling through whenever she interacts with the media. Her interviews have been, to be kind, pathetic, and have done nothing to help her cause. At this point, she has no sympathy from the people.

Her utterances were foolhardy at best and, on the surface of it, no one would blame Harris if he does not break wind on her.

But if Campbell is right about one thing, it is that her womb is blessed. In turn, Jamaica has been blessed and, with all the harsh words and judgments being cast her way, let us thank her for not aborting Harris. She is the mother of our latest world phenomenon and, for that, respect is due.

Who are we to tell someone how to treat their mother? Regardless of her misgivings and the mistakes she made as a parent.

That is a matter for Dalton Harris and his mother to work out and all well-thinking individuals must hope that their relationship can be repaired if even by a small measure. She does not have to live in his mansion, but her existence can be a little more comfortable if he were to step up and let bygones be bygones and show the world what true love really means. The essence of the power of forgiveness.

It is very troubling that many of the comments leaning towards Harris turning his back on his mother are coming from people who claim to believe in a higher power and have Christian upbringings.

Have they forgotten the teachings of Christ?

He or she that is without sin cast the first stone. Let us cease from discouraging a son and mother from throwing bad blood out the window and seeking a new beginning. It may not happen today or tomorrow, but time heals all wounds.

The fact that I am able to pen this column is testimony to that fact. Many Jamaican children have been the victim of unacceptable treatment and bad decisions made by their parents. The time for healing is now. Let us encourage it. What a story that would be.

There is also another troubling issue. Harris has made no mention of his father. What role did the elder Harris play in his son’s upbringing? Is it that we will now only lambast his mother?

Where was his father? Maybe some enterprising journalist could seek out the elder Harris and get his side of the story. As a father myself, I find it reprehensible that another should have to discipline my child much less abuse them physically. That is my job.

Dalton has made Jamaica proud and he can only get better.

Let us encourage him to try to take the higher ground as he has displayed he is more than equipped to accomplish.