A view from the outside: Speed kills 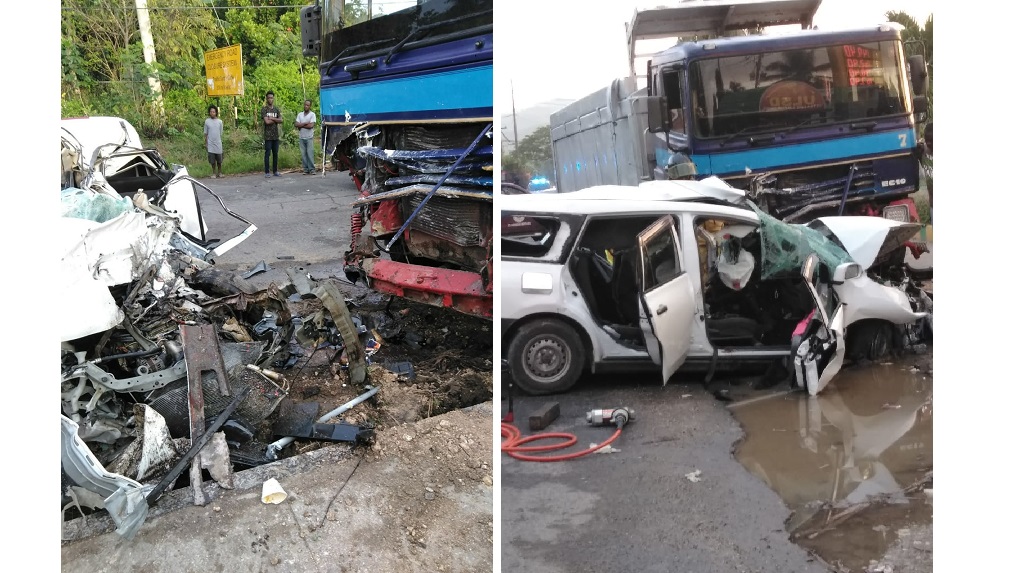 Combination of photos shows the mangled remains of a motor vehicle after it collided with a truck in Spanish Town on Tuesday, killing two people.

I would like to use this opportunity to once again implore drivers on our roads to ease up on the speeding while driving, especially those on the younger side of the age cohort.

When anyone loses their life, it is always a bitter pill to swallow, but that pain is increased tenfold when that person is young and their life is snuffed out in an instant.

I awoke on Tuesday morning to terrible news. My wife had lost her niece in an accident. Her entire group of relatives, not to mention her sister, who lost her only daughter, were crestfallen, grief-stricken and devastated.

She resided in St Catherine and had come to Kingston to visit her mother. It was Vanessa's birthday.

The young woman I knew as a child was a passenger in a white Nissan AD station wagon being driven by Constable Rammone Smith of the St Catherine North Police Division.

It was about 3:45 am and the vehicle being driven by Smith smashed into the back of a tipper truck along the Dam Head main road. Both Smith and Johnson were killed by the impact.

Preliminary reports suggest that speeding was the cause of the accident. The pictures of the car show a mangled mess of metal and, from the naked eye's view, there was hardly anyway any of them could have survived the crash.

But could it be avoided?

It is easy to to take a judgmental outlook and say the cause must have been speeding, but the possibility exists that the driver could have lost control of the vehicle or may have fallen asleep at the wheel.

It was hours before dawn.

However, a careful inspection of the vehicle's remains suggest that it had to have been traveling at some speed to have been so badly damaged.

Just two weeks ago, some of my Jamaican friends in South Florida were in mourning. This as another young woman had lost her life as a result of speeding. The driver of that vehicle is still severely injured and most certainly will be scarred for life when he remembers the incident. He may forever blame himself and, depending on how the deceased's relatives react, may well have to steer well clear of them if and when he recovers.

The National Road Safety Council has for decades been pleading with Jamaican drivers to take greater care on the road as the death toll due to road accidents average somewhere close to 300 annually.

No one knows when or how their hour to meet the grim reaper will come, but at least we can take steps to preserve the precious lives we have by being more careful on the roads.

Speed kills. It must hurt for any parent to bury their child.

A view from the outside: Daddy killed mommy