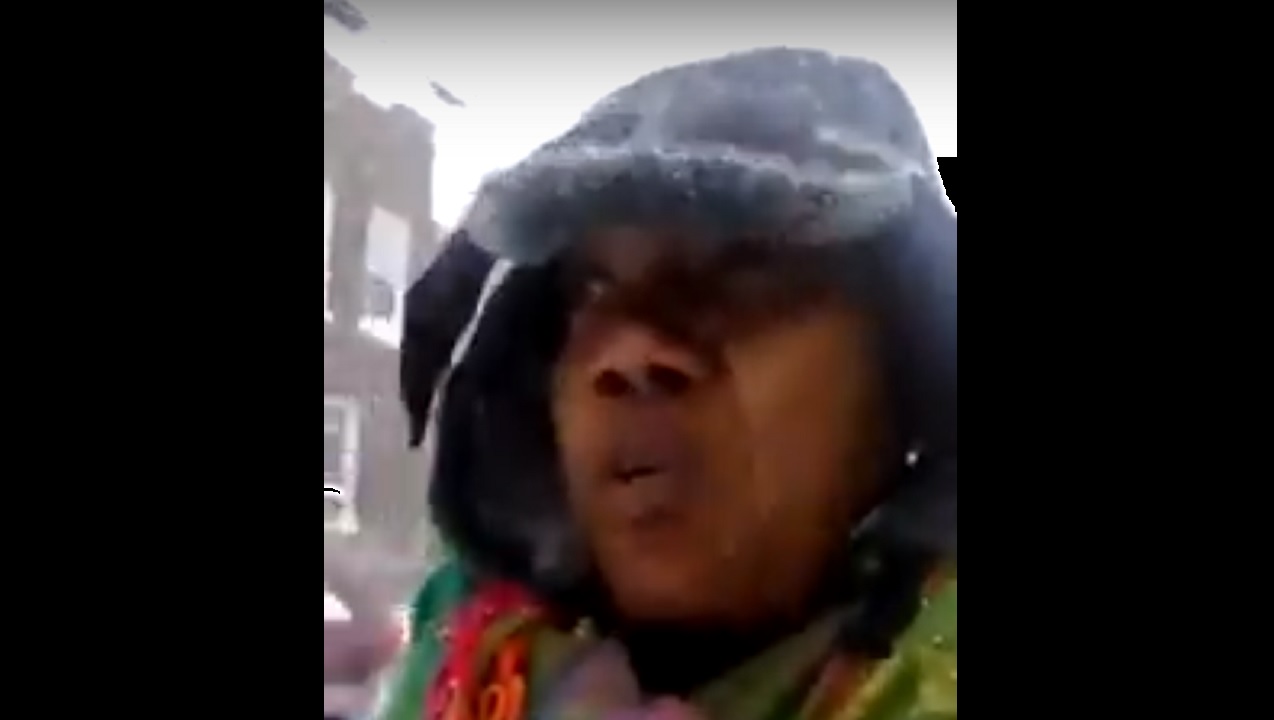 Screenshot of a viral video showing a Jamaican woman trudging through snow while expressing frustration with Jamaicans at home who pester those in the Diaspora for assistance.

Some months ago, a video emerged on social media of a Jamaican woman trudging through knee-deep snow to get to work during the biting cold of the New York winter, pleading with Jamaicans at home to ease up the ‘pressure’ and allow those of us in the Diaspora to give what we want - as life was not a bed of roses in the great United States of America.

The woman’s comments drew the chagrin of some Jamaicans who berated the woman and let fly a barrage of harsh criticisms.

The rant of one man, who took it upon himself to produce a video of his own and post it on social media, is still fresh in the mind.

It seems the young man forgot that ground produce is sold in the markets, in town squares and at many locations on our beautiful isle.

While it is understandable that some Jamaicans would be irked by the woman’s utterings, we must remember that there are three sides to every coin. The two flat ones and the round one.

In recent times, another social media post emerged. While not depicting a Jamaican, the post showed a woman dressed in a maid’s outfit in the United States while a juxtaposed photograph showed her flashily attired as she traipsed around in the land of her birth.

The post spoke to the shocking reality experienced by many in the Jamaican Diaspora on a daily basis.They do back-breaking work, save their earnings and take a vacation back home and live high on the hog - if only for those fleeting two or three weeks when they can forget the drudgery of the long hours and hard work it takes to survive in this great land of the United States.

As reggae singer Buju Banton, himself incarcerated in a US prison, states in song: It’s Not An Easy Road.

It has been almost two years since I reluctantly decided to migrate from the land of my birth, and almost every day I pine over or have some memory of some insignificant occurrence, whether it be involved in a session of imbibing and intellectual discourse with my senior statesmen of the bar, Mark Wignall and photographer extraordinaire Michael Gordon, or rolling through the streets covering various events with my sparring partner Marlon ‘Biggz’ Reid, or just taking a bus.

I live and breathe Jamaica. However, there are some things about Jamaica and Jamaicans that have to change.

Ask anyone who resides in the United States what is their pet peeve and nine out of 10 times their reply will most likely be... “Everyday somebody call me and beg me a credit.”

What irks most of us is, as soon as the credit is sent, you don’t hear from those persons again until they need another credit. Unacceptable.

Firstly, if you never had any credit on your phone, what did you use to call those you seek assistance from? Then, if they sent you credit once, is it now their lifelong duty to ensure that your phone is always fully stocked with minutes?

Personally, I receive several such requests on a weekly basis, so much so that I have stopped replying to them. Now anyone who knows me knows I have no problem sharing what little I have, but if I were to realistically send US$5 credit to everyone who asked me, I would not be able to pay my bills. And you best believe, in foreign, no light can't bridge. Every bill has to be paid every month right on time.

Another thing I MUST point out. I have noticed that things have changed a bit since I no longer live at home. Once the begging of credit was the domain of women. Now it seems that men have taken over the reins.

I live in Florida where the minimum wage is somewhere around US$8.50 an hour, which equates to roughly US$340 for a 40-hour work week, before taxes. In Florida that is what we call trump change. A man cannot feed his family on that money. So many immigrants who have no qualifications and did not arrive on the US shores during the halcyon days when it was easier to eke out a decent living are forced to work two or sometimes three jobs, just to make ends meet.

So please do not kill that lady too quickly. Most likely she is doing a job or two which most Jamaicans would turn up their noses at in their homeland. It is from that point of view that the woman was making her statement. Life is hard here in the US and many Jamaicans save for two or three years just to make that trip back home to savour some good food, have a nice time and reconnect with their loved ones.

It must also be said that some persons who live abroad come home and send the wrong message. Those are the ones who spend heavily, party hard and make it seem as if America is heaven. Nothing could be further from the truth.

Jamaica is the only heaven on earth. Most Jamaicans just don’t know it and those of us who do mostly live outside of the country.

My fellow Jamaicans, do not curse at me because my thoughts may not be what you want to hear. Look into these words. If someone comes from America and gives you anything, no matter how small it may seem, be very grateful. They may have cleaned filth and suffered indignity to earn the money to buy it.

Jamaicans at home, take it from one who has lived most of my life there and who intends to return for good sooner than you may think. Jamaica life better than foreign.