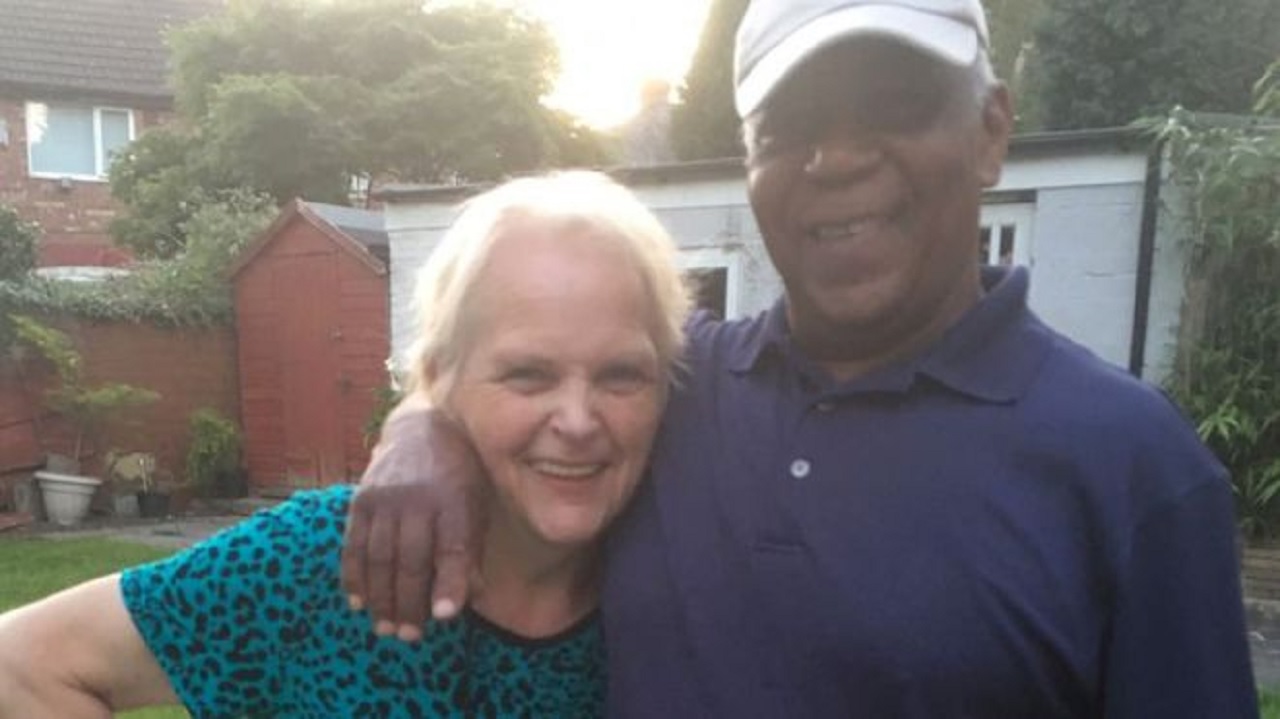 Jamaicans abroad harbor a deep fear of coming back home to retire.

That deep-seated fear has grown even more since news broke last Friday of the macabre murders of an elderly British couple at Mount Pleasant in St Margaret’s Bay, Portland.

The couple, 75-year-old Hallford Anderson and his 71-year-old wife Florence, were found with their throats slashed and their bodies were partially burnt. Police have since taken two persons into custody in relation to the murders of the couple and report that they are conducting a ‘parallel’ investigation into fraudulent activity surrounding a credit card owned by Florence Anderson.

One of the men, according to my sources on the ground in Jamaica, is related to someone who worked for the Andersons and it is also going the rounds that the man is the subject of the investigation into the cloning of the credit card.

He is reported to have been living largely, before his arrest, at a business establishment in Kingston.

The Andersons’ killings have brought to seven the amount of returning residents that have been killed in Jamaica since the start of the year.

One woman who has spent 45 years working as a Certified Nursing Assistant – someone who takes cares of the elderly for a living – told me that she has thrown all plans of retiring in Jamaica, the land of her birth, through the window.

“I would love to return to my country. I was born in Manchester and in the district where I was born and raised things have gone down the drain. I went back there once and I was ashamed the way the people were behaving. I have friends who have gone back and were tied up, beaten and robbed and when everything came to light, it was their own relative who set them up. I have worked too hard all my life to give it away in Jamaica because of bad minded people,” the woman said.

Looking in from the outside, it has been very troubling to me when social media platforms go abuzz with Jamaicans condemning anyone in the Diaspora who complains about the flood of requests for cash assistance, credit, expensive phones or high end garments, but for only a few, the silence on the issue of the murder of returning residents is deafening.

I have been harshly criticized in some quarters for a piece I wrote previously pointing out that those requests are sometimes too numerous. I, however, care not as my back 'broad'.

The Andersons were well respected in Manchester, England where they operated a business. The couple saved their earnings and chose to invest in Mr Anderson’s homeland only for the criminal minded to end their lives in such an undignified manner. 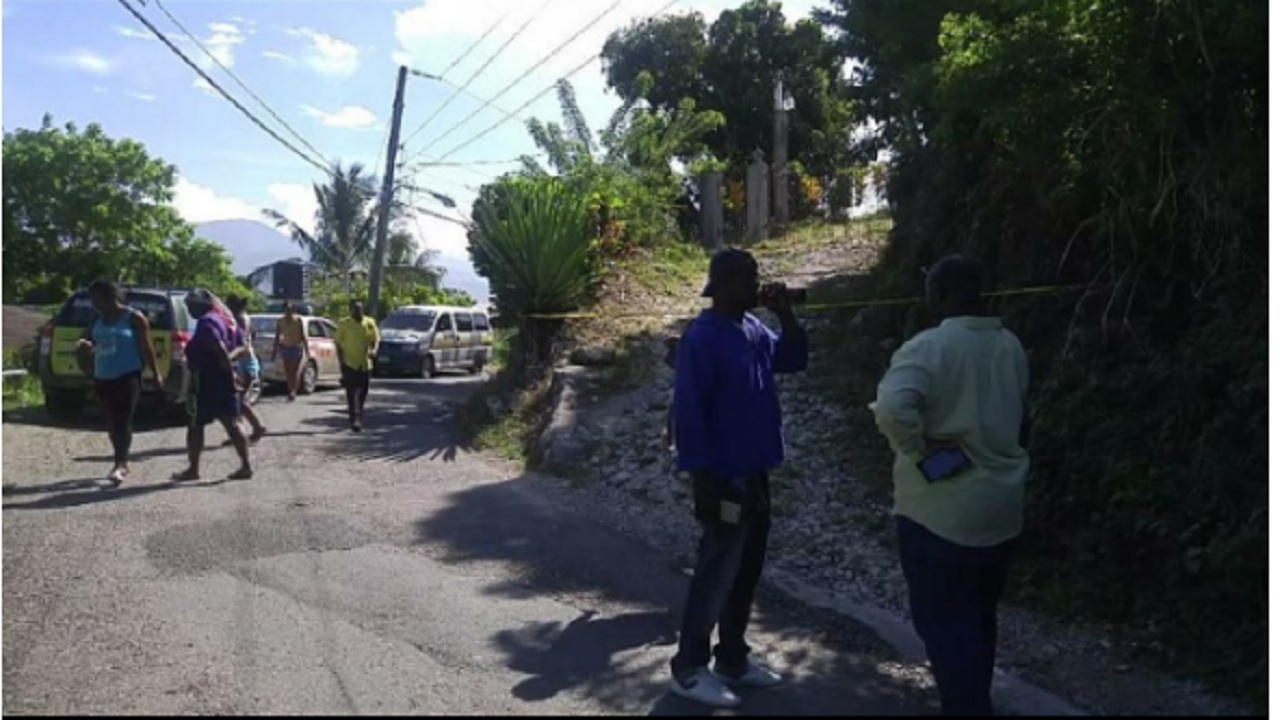 A section of the Mount Pleasant community cordoned off as police investigators processed the scene where the bodies of the Andersons were found last week.

Justice is by no means swift in Jamaica and it would be a good wager to bet that if anyone is charged with the murder of the couple, they will be sentenced in another five years when the Andersons are a distant memory and many more fall victim to the disease of ‘bad mind’ that has infected the minds of many Jamaicans. To make matters worse, while the death penalty is still entrenched in Jamaican law, it will never be executed.

If that is the case, why not put the inhabitants of our overcrowded penal facilities to work? The words 'hard labour' in Jamaica are only uttered by a magistrate upon sentencing, but most inmates never actually carry out that part of their sentence.

I am using this medium to suggest to law-abiding Jamaicans to lobby the government to ensure that inmates who are found guilty, especially those who commit heinous, senseless crimes, be put to hard work for at least 16 hours per day. Maybe that would reduce the cost of fixing roads, stocking schools with fixtures and fittings, and boost agriculture.

The criminals have made too many children into orphans and should be made to foot the bill that it takes to educate, feed, clothe and house those orphans.

Several years ago, a release from the Ministry of National Security revealed that the cost of housing a convict is J$770,000. That figure has by now increased. Should not those found guilty at least earn their keep?

After all, crime is the country’s greatest hindrance, so should taxpayers be further burdened with footing the bill for those of us who choose to commit these acts?

I have covered crime in Jamaica for most of my career in journalism and for the most part, whenever someone is killed in that fashion (slashing of the throat or multiple stab wounds), the motive is personal.

The Andersons are but the latest casualties in the wicked cycle of criminality which affects those who work hard in sleet and snow, save their earnings, build their dream home and return to spend the winter of their years, while in most cases creating employment.

Just last month, 69-year-old bodybuilder Delroy Walker was found murdered at his retirement home in Tower Isle, St Mary. Walker was allegedly murdered because he refused to compensate workmen for a job he complained was not completed.

There is also a story going the rounds of a woman who jumped from a building to her death in New York City in March after she found out that her relatives had been bilking her out of her money under the guise of building a house.

The woman had been sending money to Jamaica for an extended period and was comforted by the fact that her relatives were sending her pictures. The woman reportedly committed suicide when she found out that her money had gone down the drain and her relatives were sending her pictures of a house being constructed in the district.

Lest we forget, former World Heavyweight Boxing Champion, Trevor Berbick, was himself murdered by his own relatives under similar circumstances in the same parish where the Andersons were slaughtered.

The impact of these incidents runs deeper than most at home would care to imagine. A lot of Jamaicans who live abroad are becoming increasingly disenchanted with Jamaica and how it has degenerated into a place where doing the wrong thing seems to be right.

Our job cannot only be to send remittances and barrels. Jamaica, we need to stop committing suicide and turning away some who genuinely love the island because of a few hoodlums. Fix it.