A view from the outside: Greetings Gargamel 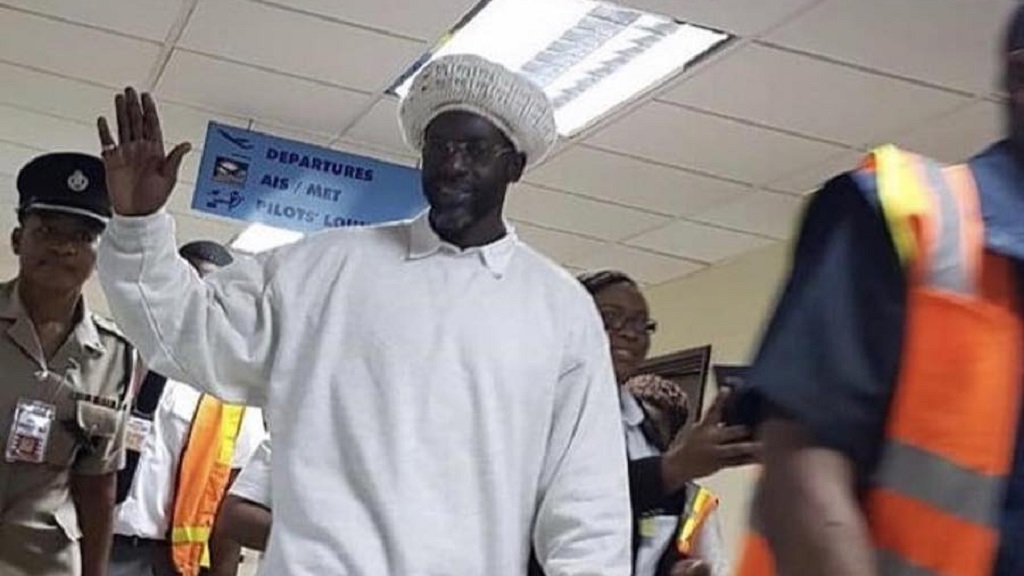 I know that the sun will come tomorrow, bring me only joy no more sorrow - Buju Banton

This is not an ordinary view.

Seven years ago, while driving from the Tampa Circuit Court back to Broward County, Florida I had to opportunity to speak to my friend and former boss, Buju Banton. It was mere minutes after he had been handed his sentence after being convicted on drug-related conspiracy charges and all the occupants of the motor vehicle, were depressed.

The reality had already sunken in that our friend had been slapped with a 10-year sentence and words were hard to come by. The silence hung heavy.

But the gloom was lifted somewhat when someone’s cell phone rang and it was Mark on the line.

The phone was handed to me after he was informed that I was in the vehicle.

“Don’t worry about it. I soon come man," he said “I want you to tell them that I will be pursuing my Masters degree in political science while in prison.”

Well, so said, so done. Now as his sentence has ended, Buju Banton is now the holder of a masters degree.

Most of the comments coming out of Jamaica are filled with anticipation of when this mercurial artiste returns to do what he does best; make music. As one commentator on social media said aptly: “Hurry home Buju. 10 years was too long we spent all those years on the inside with you. If not physically, then spiritually. Welcome home Buju.”

There were mixed emotions as I viewed video footage of Buju boarding an aircraft in the US. The first was relief and joy that he has now completed his sentence and is once again able to walk freely. The second was a feeling of sadness that the artiste had been reduced to a mere deportee who was handed his processing papers.

But it was unbridled joy as he landed in Jamaica and I heard my fellow citizens bellow his name. Buju had returned to the magic city to experience the magic lights, magical moments and magical heights.

While some of his detractors may feel that the joy felt by most Jamaicans is unwarranted as his words and deeds had done him in and he is returning to the land of his birth with the smear of a convicted felon about him, it cannot be denied that he paid his dues to society. He was found guilty and completed his punishment. It is now time for him to pick up the pieces and move on. The past cannot be undone but the future looks bright.

It must also be remembered that Our National Heroes, Marcus Garvey, Paul Bogle and George William Gordon were imprisoned or executed by the state. Some of our great entertainers, including Toots Hibbert and Bunny Wailer were also incarcerated. Have we forgiven them? In fact Garvey, Bogle and Gordon still have criminal records. None have been expunged.

Even though he was languishing inside a penal facility for a decade Buju Banton’s music still remains in high demand and already patrons are clamouring to purchase tickets for his Long Walk to Freedom tour. His first concert is expected to be huge.

He has always been one of Jamaica’s favoured sons and, despite his legal troubles, the majority of Jamaican citizens are glad that this sordid phase of his life is over and Buju Banton can resume ruling his destiny.

Mark, as I call him, has always been true to his word.

I can personally and publicly exclaim my gratitude to him.

More than 20 years ago, Mark acquired a piece of land at 10 Carlisle Avenue. The plot was adjacent to the place I grew up and called home in the community of Whitehall Gardens in the Corporate Area. Soon the workmen came and, in no time, his Gargamel Studio was complete.

It was over that period we became friends and soon I was in his employ. At the time, I was a freelance writer, my work mostly appeared in the now defunct X News and Sunday Herald weekly publications. I had no computer at the time and had to either find myself down at the Hagley Park Road base of both media houses or beg a neighbour or friend a chance to use their equipment. Mark saw my plight and, as the owner of a Compaq desktop computer, invited me to use his anytime I needed to submit stories.

This was at a crucial stage of my development as a writer and I grabbed the opportunity with both hands. Soon I was in his employ and worked inside the offices of the Gargamel Studio.

Years later, I would have the honour of being the master of ceremonies at his concert at Portland, Oregon and seeing him perform in others states in the US.

When news of his arrest and the date of his first trial was set, I was the first in line to cover the trial as the Crime/Court Editor of the Jamaica Observer. However, I respectfully declined that assignment. The man was my neighbour, friend and former employer. There was no way I could have given a completely objective and emotionally unattached report of the proceedings.

Ten years have now passed, and one can only hope that, despite the horrors of being denied his freedom, Mark Anthony Myrie will be a better person for it. We anxiously await your resumption in entertaining, informing and educating the masses, Buju. You were sorely missed.

We also hope you can restore some order to a crumbling dancehall genre, which was once your domain. The message is lost in the music and although you have made the transition into one of the world’s top reggae artiste, you have been known to give us a reminder of your dancehall prowess every now and then.

We only hope that you will see it fit to keep us entertained with your undeniable talent and lyrical skills.

This column is dedicated to Father Myrie, Lorna, Marcus, Jahazeil, Jodi, Shade, Abihail, Markheem, Donovan Germain, Grace, Michelle, Andrew Howell, Lincoln, Houte, Bazuri, Tita, Jermaine the engineer, Stumpy, Humble, the hosts of artistes who passed through, all whose names were not called due to my fading memory but most of all to my wife, Rose, who claims to be Buju’s biggest fan.