A view from the outside: Christian hypocrisy 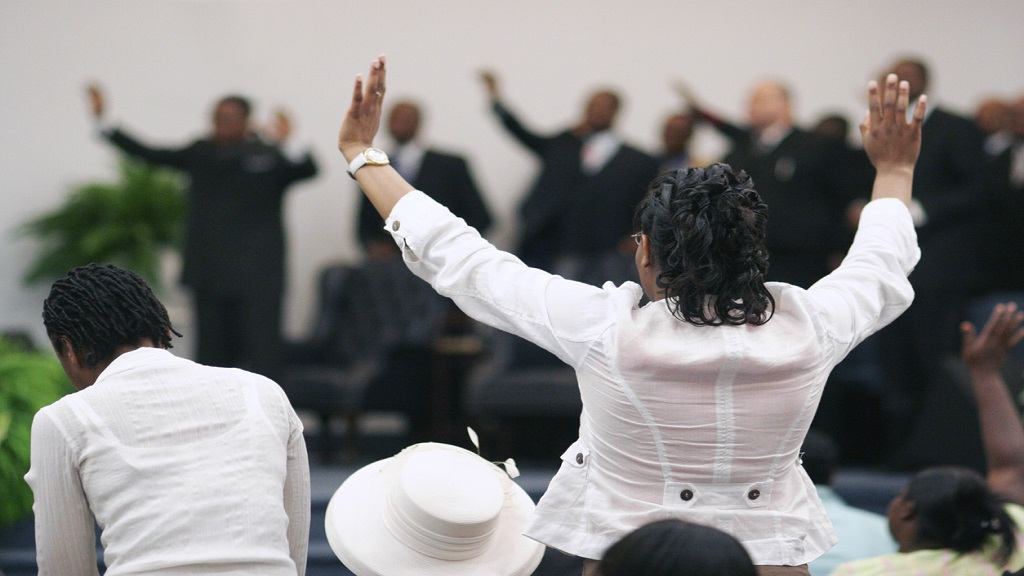 Stock image of people worshiping inside a church. (PHOTO: iStock)

One of the major mindsets that has brought self-inflicted hindrance to the advancement of people in the African Diaspora has been their propensity to embrace Eurocentric values and shun the traditions of their ancestors from the motherland Africa.

Delroy Chuck, the country’s Justice Minister, has come under fire after his recent announcement that the Government is putting up for debate the repealing of the Obeah Act.

The Act was put on the law books more than a century ago during the colonial era and has largely been unenforced. The penalty for practicing obeah is a fine of a measly $100 or a 12-month prison term.

Chief among those who are condemning the move to repeal the law are some members of the Christian community.

They claim that obeah is an evil practice, not worthy of legitimisation by the country’s lawmakers who are 'inviting destruction and damnation on our beloved country'.

I must confess that I do not understand obeah. I do not subscribe to it and have never tried to get involved in it. As such I cannot in good conscience condemn or praise a phenomena that I have no interest in or understanding of. Furthermore, I am not much of a believer; knowledge is more up my street.

A brief attempt at research by me into the practice has revealed that obeah, myal, voodoo and all other such practices originated in West Africa and was brought to the west by the slaves. These African retained religious practices have managed to survive for centuries to this day.

In the case of obeah, it has long been frowned upon by ‘educated’ and ‘God-fearing’ persons of African heritage in Jamaica. This may be so because of what we have been force fed - a theory that anything African is not worthy of our time by the very persons who held us in bondage, raped our mothers, killed our fathers and used the Bible to justify it.

But do the Christians and Christian minded churchgoers have any moral right to condemn the religious practices of others?

What moral or educated authority does one who believes that a serpent, a burning bush or a donkey can talk, have to tell someone who believes in a spiritual connection with their ancestors, that they are evil?

Related article :The history of obeah

In Jamaica, we only fake and sham about religion. It was very depressing to hear Jamaicans who claim to be followers of Christ remark that, when hundreds of thousands of our Haitian brothers and sisters perished in an earthquake, it was because ‘they deal with too much voodoo.’

These are the same persons who swallow the religion forced on us by our former oppressors' hook, line and sinker. The same ones who condemn anyone who questions their faith to hell and damnation. The same ones who believe in a heaven after death where a reward will be received for the good they did here on earth.

All this while the leaders of the religious organisations they attend live high on the hog even as they struggle to eke out an existence.

Yes, the same ones who are fed a piece of bread and some water and believe they are eating the flesh of Christ and drinking his blood.

How can one who believes in something without empirical evidence get so upset and red faced at other people’s beliefs?

A belief is just that, belief. There is an element of doubt involved from one has to believe or have faith.

Knowledge, on the other hand, is a different matter. No human being has ever died and returned to relay the experience to us.

If Christians can believe in the rapture, life after death and heaven and hell, why should not those who believe in the spiritual contact with their ancestors be allowed to do as they please?

Be not naïve to the fact many tend to use the services of the obeah men or women to bring harm to others, whether out of revenge, fear or envy. However, many of the myths that have been perpetuated by those who have an agenda to keep the descendants of the Africans in a subservient state must also be rejected by well thinking people of colour.

It matters not to me if the act is repealed or retained as I have never and will never need to seek the services of an 'obeahman'.

I would urge my brothers and sisters of Christian leanings, to look within for the evils that beset the church and try to solve those before looking outward. As the same Bible which is your guideline says: “Take the beam out of thine own eye before taking it out of thy brother’s.”

Right in the very church, there is sexual abuse of minors, skullduggery and all manner of ungodly things happening.

Fix that and leave the people to choose their spiritual medicine.

Obeah law could be repealed soon