A view from the outside: 'Buy' election - are voters getting smarter? 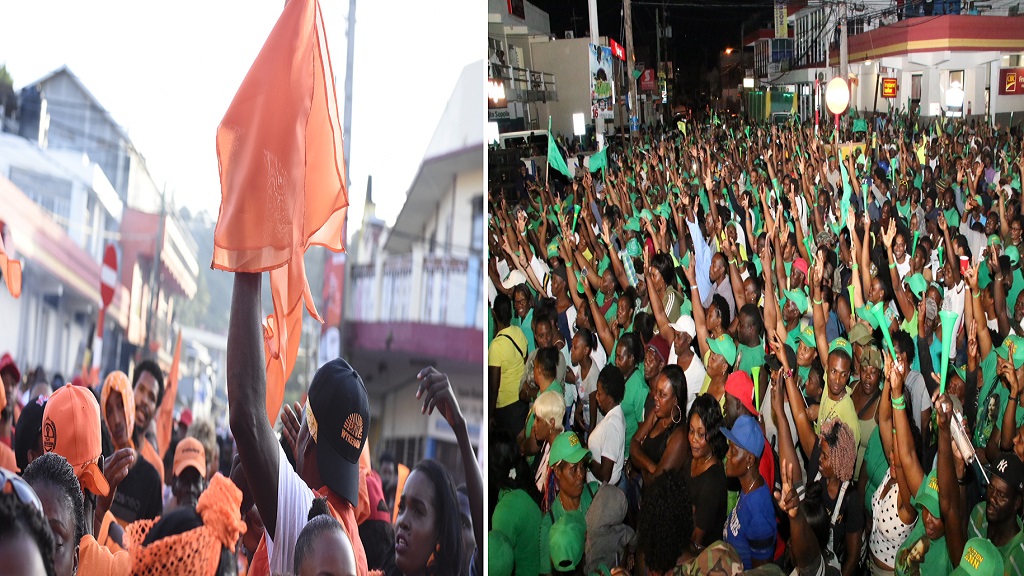 Last Friday evening, the town of Port Antonio was a sea of green.

The audience cheered while speaker after speaker made their case why Jamaica Labour Party candidate Ann-Marie Vaz should be given the nod as member of parliament for the East Portland constituency. Among them was a group of boisterous women.

On Sunday evening, the town was transformed into an ocean of orange and red.

This crowd was even louder and seemed to be having a full blown party from early in the day. As the proceedings progressed and the People's National Party speakers stated their case for Damion Crawford to be installed, the area close to the front of the stage was filled to capacity.

I tried my best to make my way to the front of the stage so I could communicate with camera man Marlon "Biggz" Reid. But I was stopped in my tracks, blocked by a group of women who refused to give way.

“A work me ah work enuh,” I said pleadingly.

“Work wah? You a labourite and we nuh want no labourite inna Port Antonio,” one elderly woman said most sternly.

Then the light bulb went off in my head. This was one of the women I had seen clad in green two nights earlier shouting at the top of her voice as Daryl Vaz gave his address.

With rumours of millions of dollars being pumped into the constituency as both parties seek to convince voters to place their x beside their symbols, it seems the voters have already made up their minds about one thing: Some of that money will end up in their pockets.

The popular sentiment some years ago was that politicians were tricksters, who only came out among the people when election time drew nigh.

Now it seems the people are seeking to turn the tables.

I walked around the town and went into a few spots where some men were having a drink. At one watering hole, as I stopped to purchase some water, I overheard a conversation between two elderly gentlemen.

“Me done know where me a place my vote already, so when me see some a dem a come with the buy out money, me nah refuse it cause when election come and gone, we left in the struggle,” one man said.

“Then what else you want do? Make politics make you refuse the dollars?” the other replied.

I sipped my water and made my exit.

One thing is for certain, this by-election will be hotly contested and, although the People’s National Party has been a comfortable winner in East Portland for 30 years, this one will not be a shoe in.

Traditionally, the ruling party is always in a better financial position to get out the voters in a by-election and, if the PNP does not work hard to bring out its base, then it could be curtains.

And while the politicians are working on their strategies, it seems the voters have already figured out theirs.

Grab your popcorn and wait for the result of this interesting ‘buy’ election.