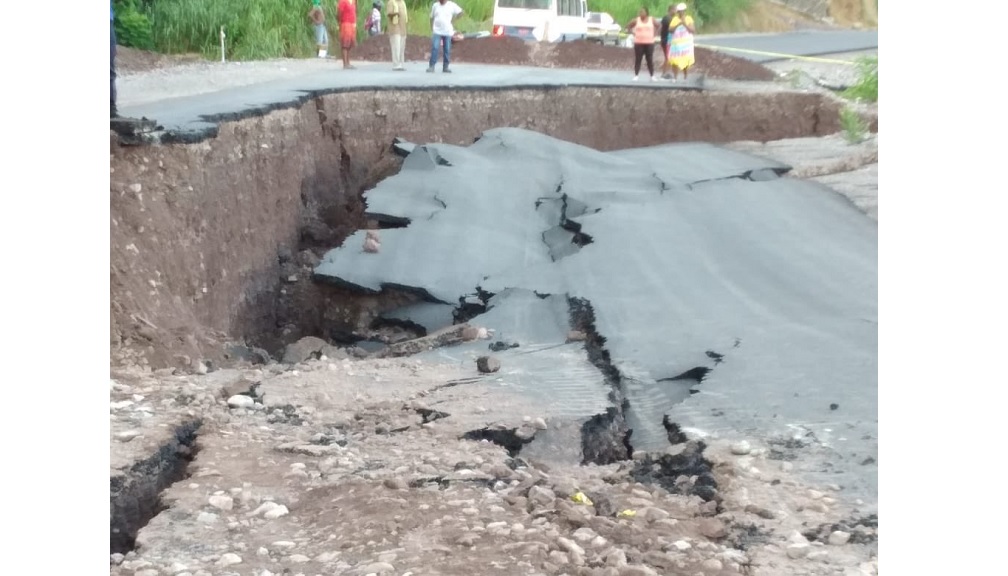 A massive crack along the Junction main road has resulted in the closure of a section of the thoroughfare.

The National Works Agency (NWA) says work is now underway to repair a section of the Junction Road in St Mary which collapsed Monday during heavy rainfall.

On Monday night, the agency said "the road is closed at Chovey/Westmoreland Bridge due to a failure in the embankment".

In a follow-up on Tuesday morning, the NWA posted on Facebook that the Junction Road remained closed "at this time as assessments are done to ascertain what caused a section of the roadway to fail during heavy rainfall yesterday (Monday)."

"The roadway is currently under construction," the NWA added.

A video from the agency shows a large tractor assisting with the construction work underway in the area.

Motorists are advised to use the Grandie Hole and Richmond roadways as alternative routes in the interim. The NWA also warned motorists not to attempt to use the corridor "as more significant movement in the embankment is expected."

However, despite Monday night's advisory by NWA, several motorists braved the massive cracks on the thoroughfare.

An extensive road rehabilitation project, which began in April 2018 following the contract signing in November 2017, is currently under way on sections of the Junction Road.

The project has missed several deadlines set for completion.