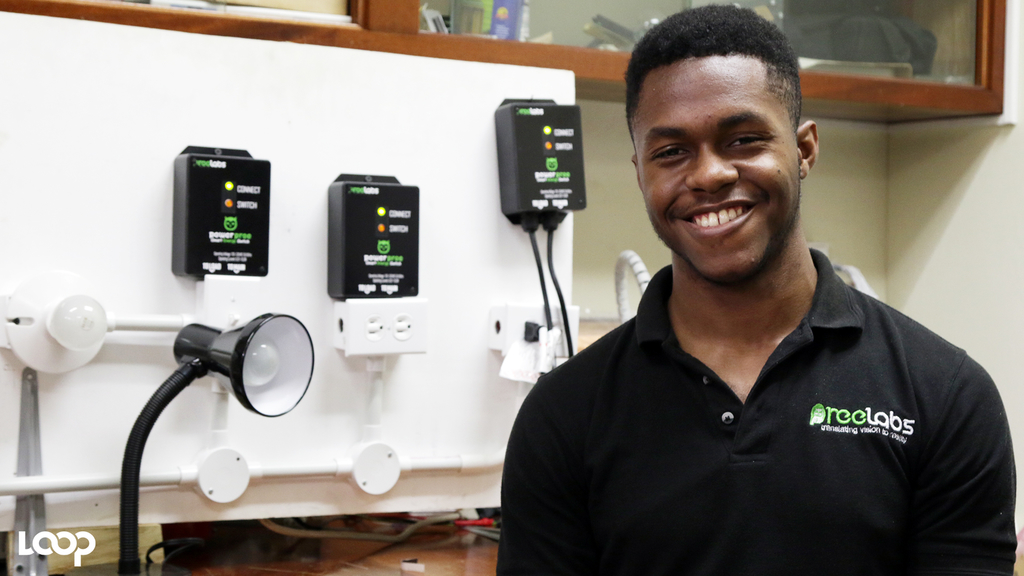 Wallen-Bryan, who is currently pursuing his Masters of Philosophy in Electronic Engineering at The University of the West Indies, Mona, also serves as the CEO of PreeLabs,

From an early age, Yekini Wallen Bryan knew he wanted to use his problem-solving skills to contribute to society.

Wallen-Bryan, who is currently pursuing his Masters of Philosophy in Electronic Engineering at The University of the West Indies, Mona, also serves as the CEO of PreeLabs,

PreeLabs is the developer of Power Pree, a smart energy switch that enables households and businesses to control their energy consumption.

“Our device allows people to not only see how much power and when, but how much it is costing them in dollars. It also gives them allows them to turn off their electricity, wherever they are in the world,” Wallen-Bryan said.

Power Pree, which is complemented by a mobile app is currently being used by a few local businesses.

Wallen-Bryan is also working on an automated rural security system called WatchDawg, which he says can help fight praedial larceny.

Watch the video by Ramon Lindsay

The young tech entrepreneur ultimately wants PreeLabs to serve as a centre for innovation - solving regional problems with regional solutions.

In the meantime, Wallen-Bryan and the Pree Lab team, which comprises UWI engineering students continue product development, while navigating challenges that come with a operating a startup.

“Funding is definitely a major obstacle that I’ve faced and that’s the case with most startups,” Wallen-Bryan said.

“We’ve also encountered roadblocks with patenting, regulations and issues related to manufacturing and import, but we’ve found a way to overcome them,” the Wolmer’s Boys’ School past student said.

To address some of the issues, Wallen-Bryan has participated in several competitions both local and abroad.

Video: Dianne Plummer heads for the big times in the makeup business