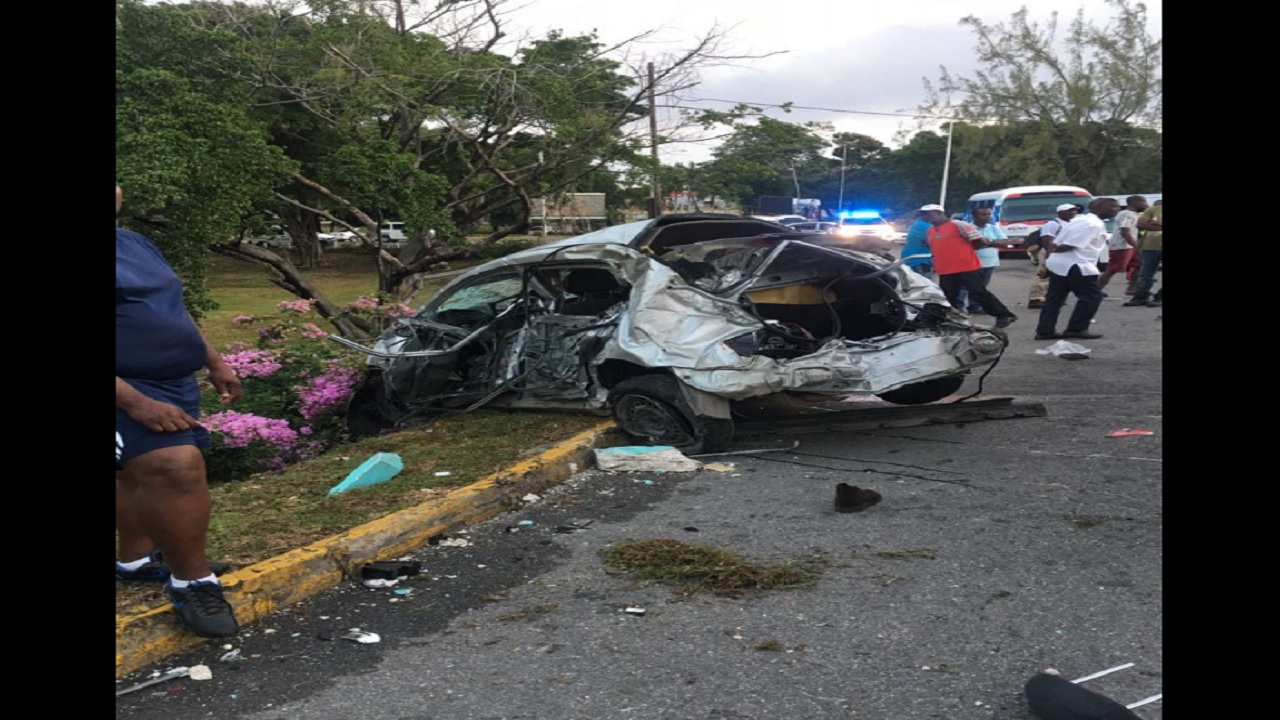 The two men who were killed in the motor vehicle crash on the Flankers main road, St James on Saturday have been identified.

They are Sheldon Hylton and Odane Smith both residents of Bamboo Lawn, Lilliput, St James.

Police report that about 6:00 a.m., a Nissan Tiida motor car with four men on-board was travelling along the mentioned roadway when on reaching in the vicinity of the roundabout at the Sangster International Airport the driver lost control of the vehicle which overturned.

Two of the occupants, Hylton and Smith died on the spot while the other two were rushed to hospital where they have been admitted in serious conditions.

The crash is the second incident of its kind to take place along that busy main road in the last two days.

On Thursday two men identified as Kevon Mills and Shadrick Robinson, both of St James addresses were killed when the car they were travelling in crashed into another Honda motorcar that was being driven in the same direction.

Both cars careened across the road and collided with two other cars that were heading towards Montego Bay.

Five persons sustained injuries and were taken to hospital, where Mills and Robinson were pronounced dead, and the others were admitted for treatment.