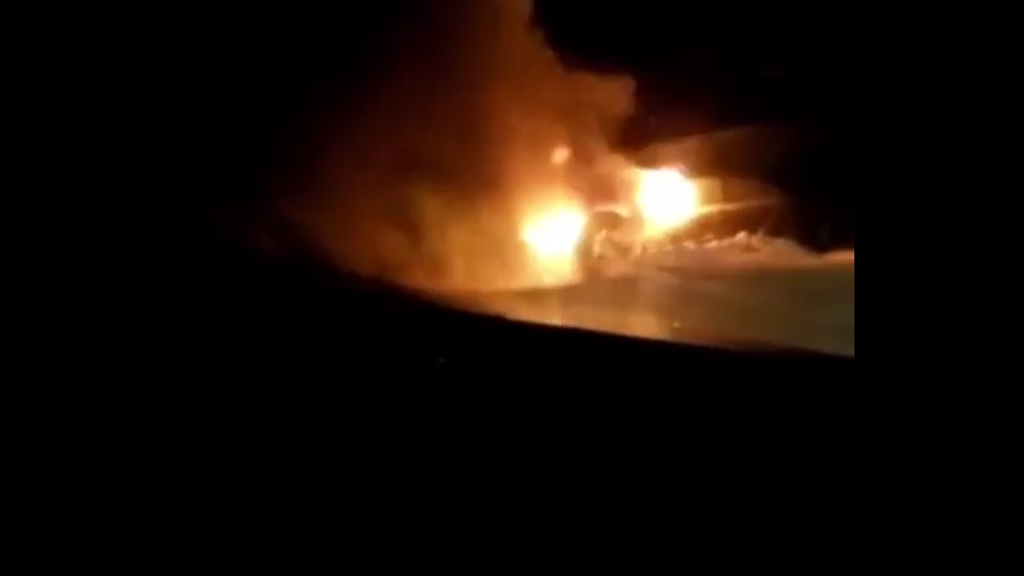 A screen grab from an amateur video of a fatal and fiery crash scene in St Ann on Friday night.

The St Ann police are investigating a fiery crash which claimed the lives of two persons on the Laughlands main road in the parish on Friday night.

The victims, believed to be a man and a woman, were not identified up to Saturday afternoon.

A third person who was injured in the crash, was hospitalised.

According to reports, about 9:15 p.m., the police and firefighters were alerted to a car on fire on the main Laughland main road.

On their arrival, two bodies were seen lying on the roadway.

An amateur video of the crash scene was obtained by Loop News, and is shown below.

In addition, a Subaru Legacy motorcar and a motorcycle were observed to be on fire.

The two individuals were later pronounced dead at the scene of the crash.

It is understood that they were travelling on a motorcycle.

Up to the time of publication, investigators had not determined how the crash occurred.

The police are conducting a probe into the incident.

Trelawny farmer dies after his bike crashes into a pole

Motorcyclist dies from collision in Falmouth