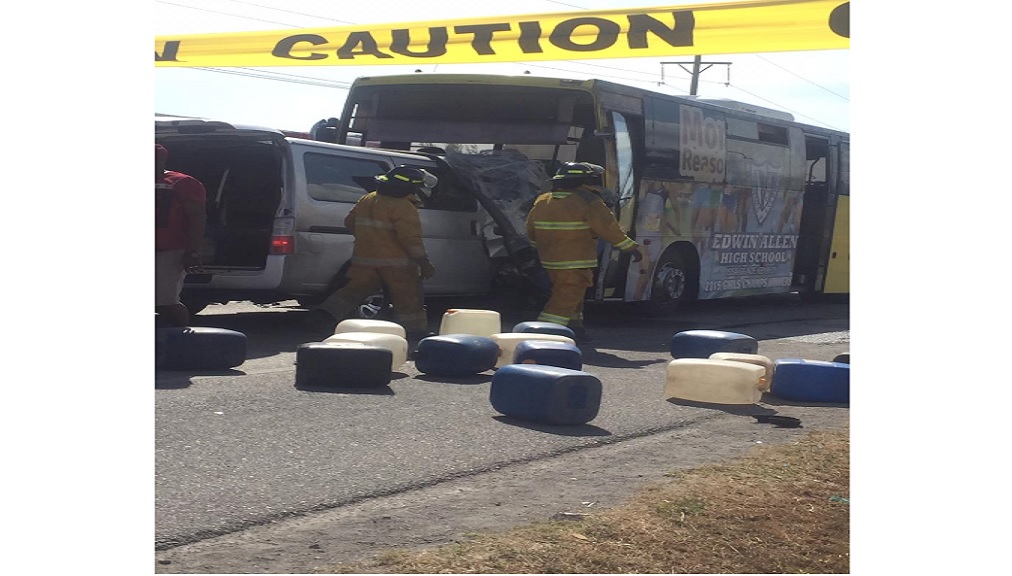 Two persons were crushed to death and several others hospitalized following a two-vehicle collision near Richmond Estates in St Ann on Saturday morning.

The deceased have been identified as 55-year-old Elkeito Mushette, of Greater Portmore, and Sheldon Mushette, 29, of Spanish Town, both in St Catherine.

Police reports are that at about 9:00 am, Elkeito was driving a Nissan Panel van along the road towards St Ann's Bay, when upon reaching the vicinity of the Royal Plantation scheme, he lost control of the vehicle.

It is further reported that the van drifted into the path of a JUTC bus that was heading towards Montego Bay.

The two vehicles slammed into each other head, which resulted in firefighters cutting one of the men from the wreckage of the van.

Both Elkeito and Sheldon were later taken to the hospital, where they were pronounced dead.

Meanwhile, the driver of the JUTC bus and 45 passengers traveling in that vehicle, were also assisted to the hospital where they were treated for their injuries.

Ironically, the passengers in the JUTC bus were members of a church from Spanish Town, St Catherine, who were heading on a church excursion.