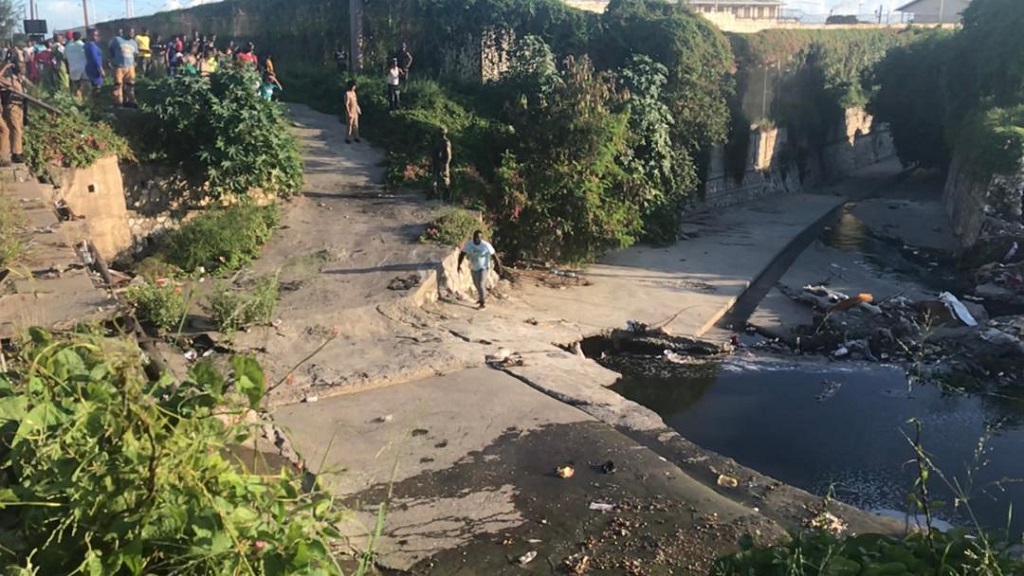 Police personnel and relatives of a missing teenager pictured at the scene where the youngster's body was found in a gully along Spanish Town Road in St Andrew on Monday afternoon.

A police team is now on Spanish Town Road in St Andrew close to the Horizon Adult Remand Centre, where the body of a male teenager was found in a gully that runs close by the faculty.

Reports from family members were that the teenager, identified as Omario Lawrence, was reported missing from Saturday.

“Reports we received is that family members went to the police station, reported that he was missing, and since then authorities have been carrying out a search to locate him,” said a senior officer from the Kingston Western Police Division.

The search had a tragic end on Monday at around 4.30 pm when the body of the teenager was found in the gully.

When a group of relatives arrived of the scene, one family member almost fainted when the reality of the situation hit home.

The police said Lawrence was from the Rose Town area in South West St Andrew, and was well known to members of the community which is close by the remand centre.

Police investigators are still on the scene trying to gather clues as to how the teen met his death, and the motive behind the killing.