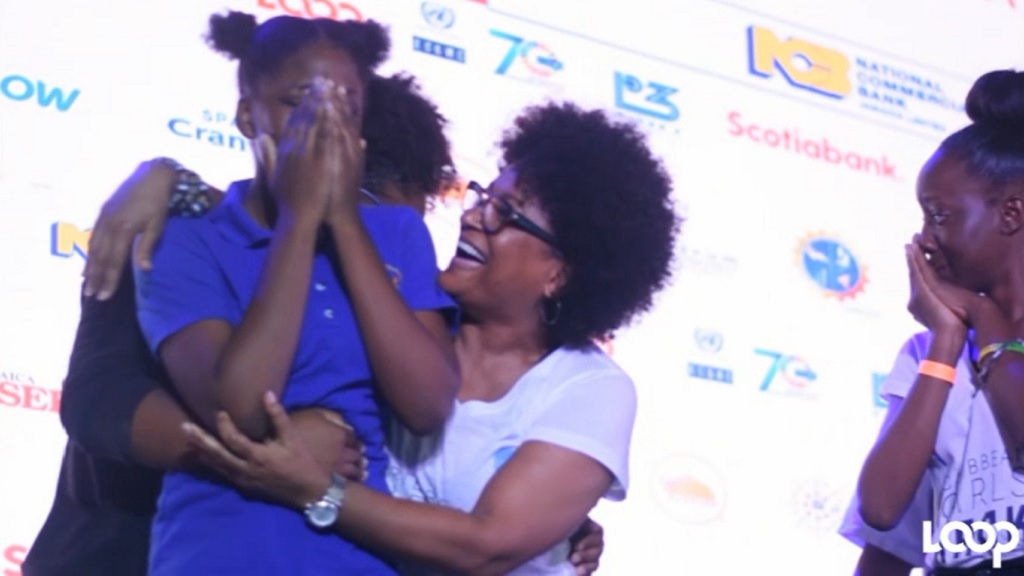 Bridget Lewis, co-founder of event organiser SheLeadsIT, embraces a member of the victorious STETHS team at the Caribbean Girls' Hackathon on Tuesday.

In the university category, UTech Team Three won ahead of two-time defending champions Northern Caribbean University (NCU) and the University of the West Indies (UWI), with STETHS being selected the high school winner ahead of St Andrew High School for Girls and Convent of Mercy Academy.

In addition to the certificate of participation that all high school students received, the STETHS team won $75,000 from NCB with St Andrew getting a bursary of $20,000 from JCS. The Convent of Mercy Academy team was awarded technical gadgets.

Coaches/teachers Christine Anuli of UTech and Gavin Gordon of STETHS each received $30,000 from NCB.

The event was held in observance of Girls in ICT Day celebrations and is part of a thrust to kindle the interest of the island's female in Science, Technology, Engineering and Mathematics (STEM). The competition involves young women and girls using technology to solve the issues of gender-based violence and climate change and climate resilience.

UTech Team Three created an application that measures the consumption of household energy and can be compared to other householders on the application. It can also track expenditure, which can also measure the energy usage of devices and appliances in the household.