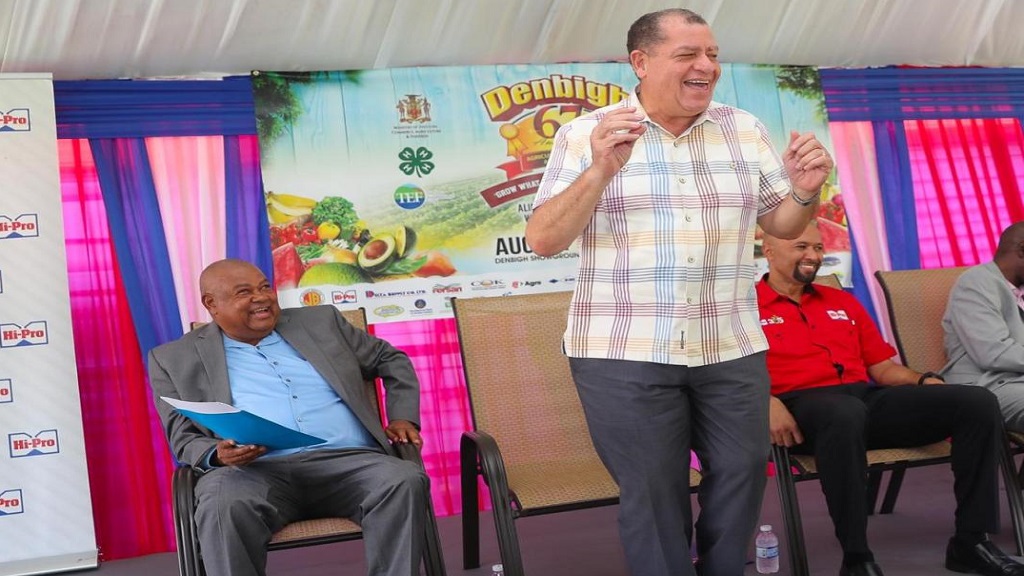 Diverting totally from his prepared speech for the occasion in keeping with the lighthearted and engaging event up to that point, Industry, Commerce, Agriculture and Fisheries Minister, Audley Shaw, on Wednesday took an unusual approach to the task of launching the 67th staging of the Denbigh Agricultural, Industrial and Food Show at Hi-Pro Ace Supercentre in White Marl, St Catherine.

In promptly indicating to the gathering that “Denbigh and I have something in common,” the minister advised that next week he will be celebrating his 67th birthday.

In advising that he was once the national president of the Jamaica 4-H Clubs, the youth, vocational arm of the agricultural sector, Shaw reminisced on aspects of his youthful days that were close to agriculture, which he said he has held dear throughout his life. 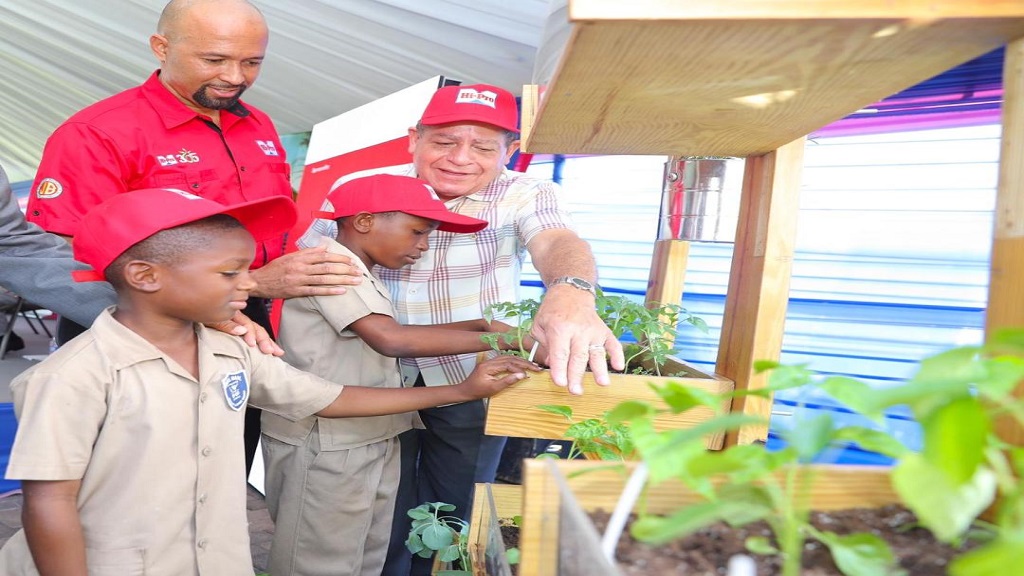 Ahead of actually being prompted to tantalise the audience with an inspirational rendition of a traditional family song, he kept things pretty light outside of a few housekeeping matters. These included the challenges in the local sugar industry generally, especially at the Monymusk Sugar Factory in Clarendon.

Shaw said with the downturn in the sugar industry, the focus is now on appropriating former sugar lands to other areas of agricultural production. He said the Sugar Company of Jamaica (SCJ) Holdings now has hundreds of applications for thousands of acres of former sugar lands across the country, which are slated to be leased to farmers in general, including small-scale producers. 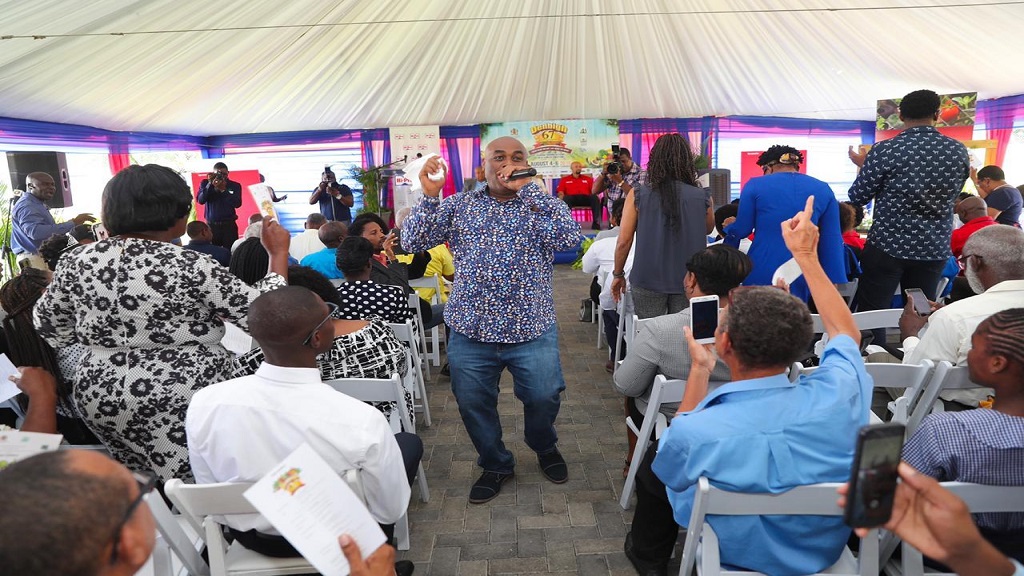 Gospel artiste Jabez entertaining the gathering at the launch of Denbigh 67 at Hi-Pro Supercentre at White Marl in St Catherine on Wednesday.

In noting the possibilities of a purposeful approach to agriculture, the minister cited the case of Israel in the Middle East, which he colourfully said is “surrounded by deserts and enemies,” but has tremendous agricultural enterprise in its midst, which he witnessed during a recent trip there.

Shaw also referred to the recent clearance for Jamaican mangoes to be exported to the United States, where he said an interesting contest is in store among the very flavourful local produce and those from other countries like in Central and South America.

The minister also pointed to a bright spark that he said is emerging with dairy production locally, through an export initiative that is being spearheaded by Seprod. He suggested that local farmers should appraise themselves of the initiative and seek to position themselves to profitably get back into the dairy business.

In closing, ahead of being called back on stage for the encore musical performance after having earlier given a slight glimpse of his talent at the podium, Shaw paused to reassure the Jamaica Agricultural Society (JAS), which organises the annual Denbigh show, of the Government’s commitment to support the association in the process of its transition from being Government-supported to being fully self-supporting, in a stable and orderly manner.

Shaw demands that Coconut Board 'wake up and plant the trees'