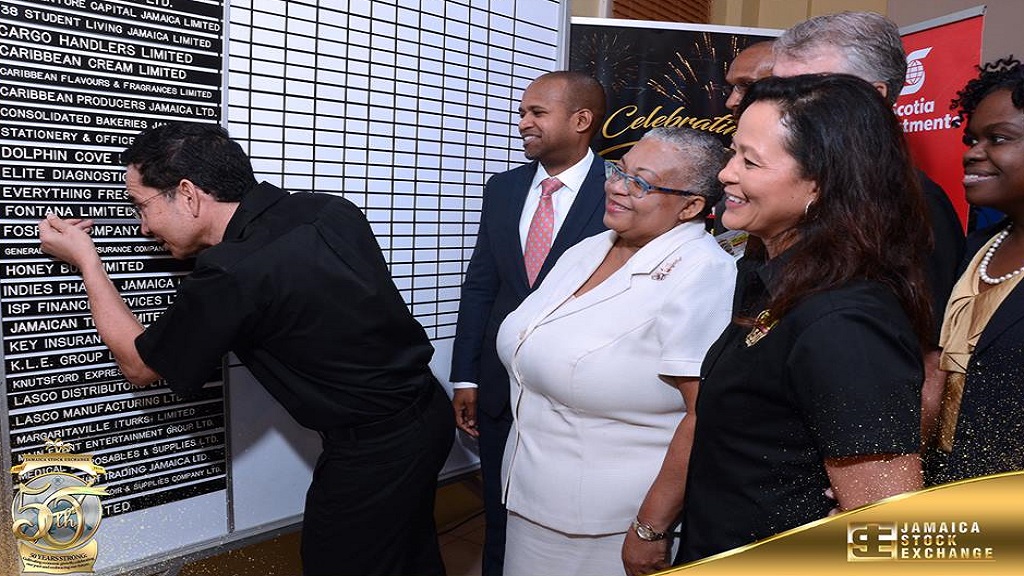 Scotia Investments Limited has successfully closed the IPO for retailers Fontana Limited, which opened its listing on the Junior Market Jamaica Stock Exchange, the 37th company to list on the Junior Market in its 10-year history, and the first for the calendar year 2019.

The Offer, of 249,874,965 ordinary shares at a price of $1.88 per share was oversubscribed by 278 per cent, and in fact closed within five minutes, easily raising the over $468 million targeted, the majority of which will be used to fund expansion and effect improvements to the business

Scotia Investments Vice-President Dylan Coke attributed the success of the Offer primarily to “a very attractive invitation price of $1.88, which offered massive upside potential for investors.” The offer price was a price to earnings ratio significantly below the Junior Market average. The share doubled in price on the first day of trading.

Managing Director of the JSE, Marlene Street Forrest said the success of the Fontana Offer and listing showed that the Junior Market was fulfilling its mandate of enabling companies to raise equity capital.

“With the $469 million raised by Fontana, the Junior Market has now raised a total of $10.67billion for a wide range of companies.”

Fifty-year old Fontana is widely regarded as the leading pharmacy chain in Jamaica with five outlets across the island, Fontana is set to open its sixth location, covering 35,000 square feet, at the intersection of West King's House and Waterloo roads in St Andrew next year. The new location will be the largest of all Fontana pharmacies.

The company is now looking to expand to Portmore, St Catherine and Montego Bay, St James in addition to bolstering its online shopping platform.