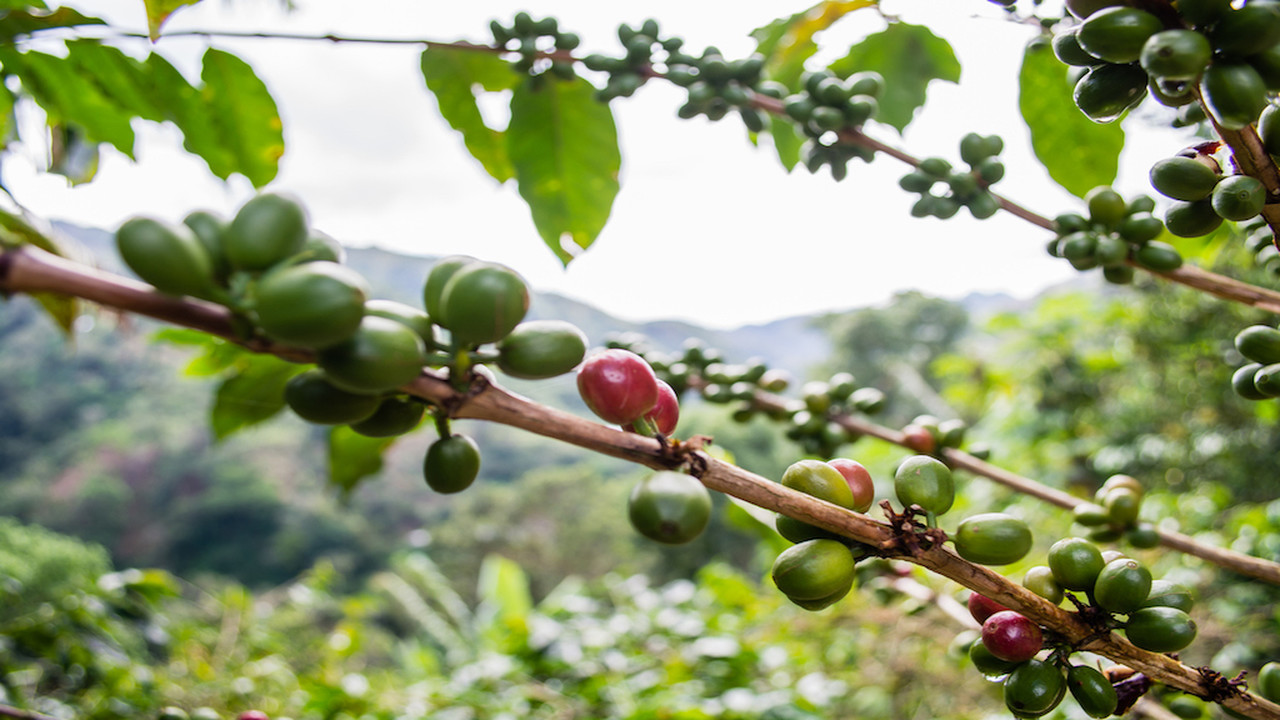 Stock image of a coffee plant.

Speaking at a media briefing to officially announce the investment at the Courtleigh Hotel in New Kingston, Shaw said: “I want to commend Salada for the foresight and vision of taking a potential crisis and turning it into what may end up being a golden opportunity. In every crisis, there is an opportunity.

“This shift in the company’s strategic operational design is a bold and innovative one that demonstrates the value of market-driven initiative that will see the company benefiting from a consistent supply of local green beans to suit their manufacturing needs,” Shaw said.

Salada Foods Jamaica is making an advance purchase of 25,000 boxes of local coffee cherries which will be processed to green beans, stored and blended into Salada’s instant coffee products.

The investment valued at $200 million is a pilot project with a goal to identify a strategic business option to guarantee supply in a mutually sustainable manner.

Calling the initiative an enterprising injection of hope for the industry, Shaw said he was pleased that the company will provide a guaranteed avenue for farmers to offload their products, which he believes will go a far way in settling the concerns of the suppliers.

He said: “This pilot project by Salada is instructive. It is an example of what can be accomplished when firms choose to find a collaborative solution that allows for multiple winners. It demonstrates how we can find creative solutions that will accrue benefits to the farmers, benefits to the firm and ultimately beneficial to all Jamaica.

“So Salada in effect is displacing some of its imported coffee to the locally grown coffee. The price differential that exists because of the good quality, does not allow for good substitution, but within the boundaries available to them within the marketplace, they have sought to craft a win/win situation,” Shaw said.

Of the $200 million being invested by Salada, $100 million will be paid directly to the farmers, with the balance to be used to process the cherries into green beans, a raw material used by the company to manufacture instant coffee products.

Local small coffee farmers have been severely affected by an ongoing decline in the industry, primarily attributable to a glut in the Japanese market, where 70 per cent of Jamaican Blue Mountain coffee is sold.

According to Chairman of Salada Foods, Patrick Williams, the company has a vested interest in helping to find a solution to the situation.

He said: “We have a local supply chain to protect as we have a constituent with over 120 members of staff – hard-working men and women who are mostly from the inner city. It is the nexus of inter-dependencies why we have the project.

“We are very aware that by engaging small farmers directly, this type of project is making a big difference in their lives at a time when the global glut is negatively impacting their economic well being.

“At the same time, we are safeguarding our local coffee supply chain. I believe that when this pilot project ends, we would have bought from several hundreds to maybe couple thousands farmers,” Williams said.

Salada’s General Manager, Dianna Blake-Bennett said the initiative will take place for approximately four months and the company has already engaged farmers in the Mount Airy section of the Blue Mountain.

She said: “We expect that the project will be successful. We have put all the parameters in place and those parameters, include of course starting at selector process where we actually look at the quality of coffee as being purchased at the depots.

“We have also engaged a consultant with credible experience and has joined our team to assist us through this phase,” Blake-Bennett said.