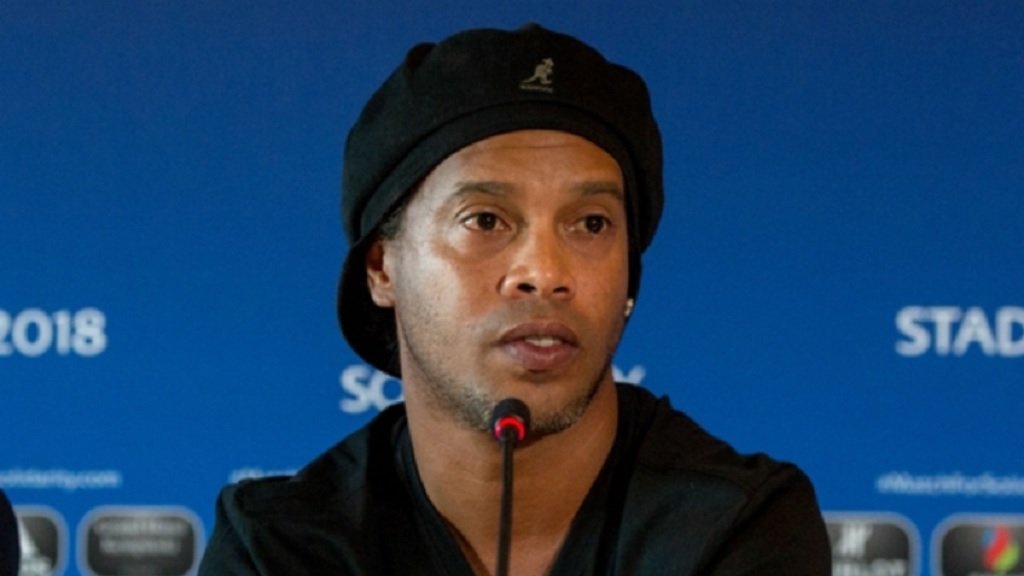 World Cup winner Ronaldinho has been released from a Paraguayan prison and into house arrest on Wednesday after serving 32 days in prison.

The 40-year-old was arrested last month, along with his brother, Roberto Assis, after authorities alleged he entered the country with a fake passport.

Ronaldinho and his brother said the documents found in their possession were a gift from Brazilian businessman Wilmondes Sousa Liria, who has already been jailed.

After the brothers paid a $1.6million bail fee on Tuesday, the two left the Asuncion jail where they had been kept and entered a hotel, where they will remain while the investigation continues.

"It is very important to reiterate, they cannot leave the country," judge Gustavo Amarilla said at a hearing.

He scored 33 times and was a key part of the 2002 World Cup-winning squad.