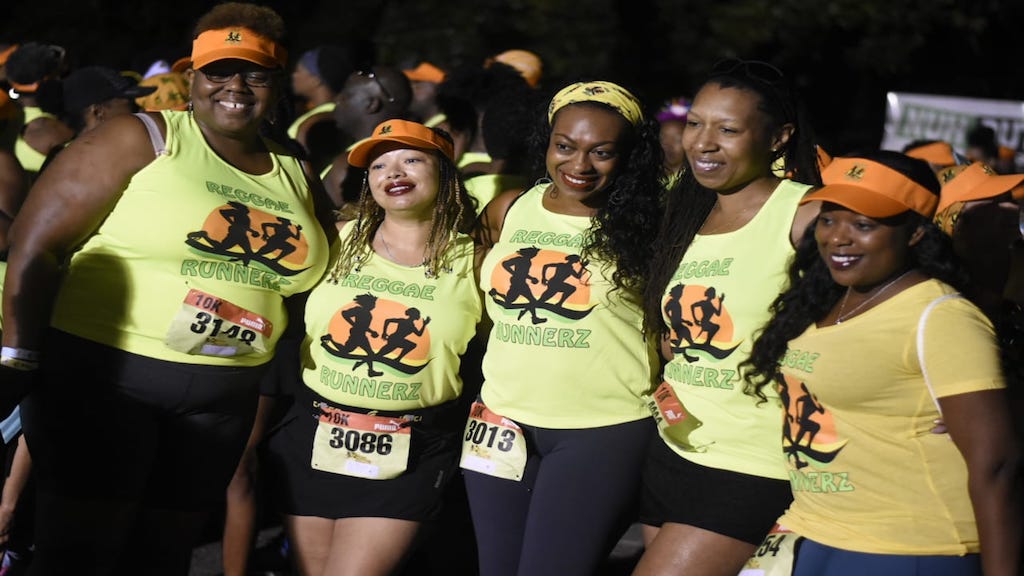 Reggae Runnerz members pose for a photo ahead of the Reggae Marathon on Sunday. (PHOTO: Marlon Reid)

Reggae Marathon is impacting the island in more ways than just being a tourism conduit, as springing from the event are a number of initiatives that have been helping Jamaicans in a variety of ways.

Among the initiatives are those organised by United States-based running group, Reggae Runnerz, whose members have been participating in the Reggae Marathon for the last six years.

Its level of participation at the Reggae Marathon has grown from 12 members taking part in the event in 2012 to more than 500 at this year's staging of the event.

"It is a group of people comprised of runners from all over the United States, that just come together every year to celebrate the end of the running season and where else to celebrate it but here in Jamaica," Lisa Laws, Reggae Runnerz founder, told Loop News.

But it's more than just running in a beautiful atmosphere for the Reggae Runnerz. For its members, many of whom have ties to Jamaica, its also about giving back to the island.

To this end, Reggae Runnerz members assist with administration at the Reggae Marathon, and the group has also adopted a school, Green Island High in Hanover.