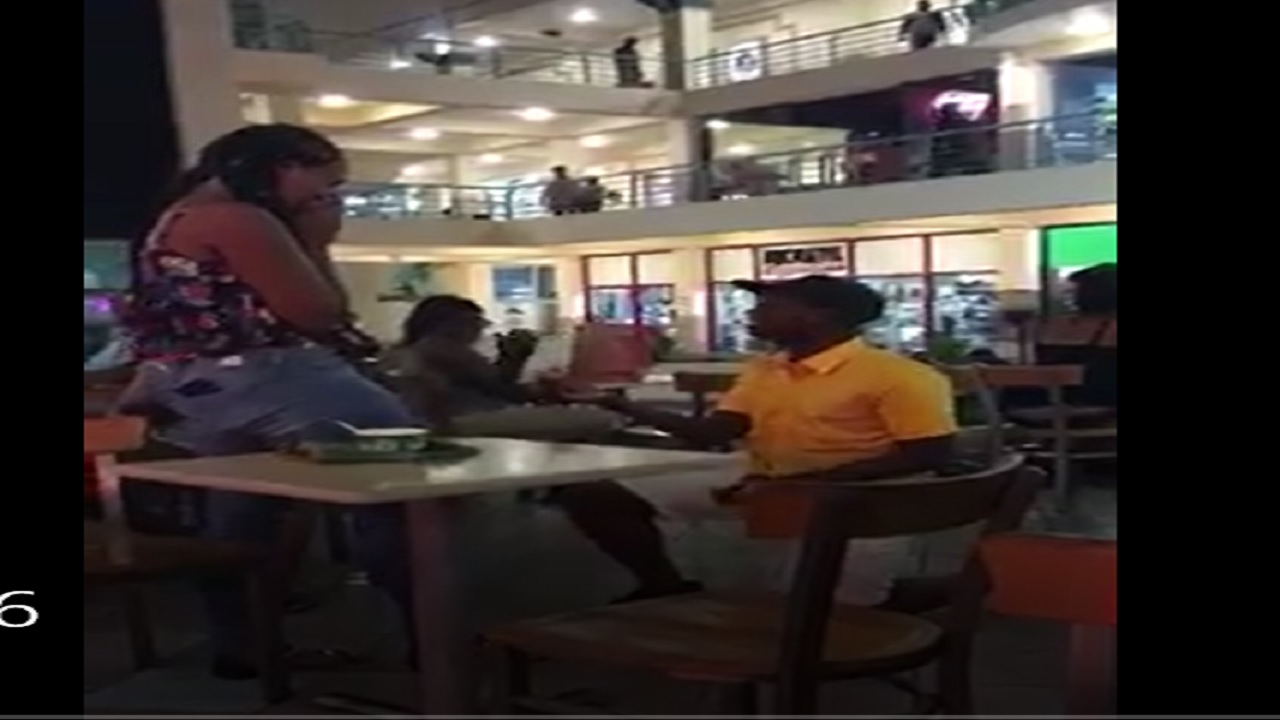 By Kimmo Matthews and Reginald Allen

Well, at least one young man may now be of that belief, after his recent public proposal to the love of his life went totally off script.

With the backdrop of a busy setting at a popular three-floor shopping mall in the Corporate Area, the man chose to make his big impression, but his nostalgic move ended in him being publicly humiliated after he was rejected by his girlfriend.

The man, who was captured on a video that has gone viral, is seen going down on one knee with his arms outstretched as he declares his love for his girlfriend, an attractive young woman, and made known to all and sundry on location, his desire and intention to spend the rest of his life with her.

“Will you marry me?” the man appeared to ask while extending a ring towards the woman.

His actions and seemingly infectious smile instinctively drew the collective attention of the large number of onlookers on nearby sections of the mall, who went up in a thunderous chorus of applause for the chivalrous gesture.

With emotions in extremely high gear, including possibly daydreaming about the likely sentimental headlines around his exploits in the daily newspapers, the young man maintained his posture and awaited the glorious response from his lady love.

But soon it became evident that it would not be smooth sailing ahead for man of the moment.

Indeed, the fairy tale ending that he was clearly anticipating, never came.

A little over a minute into the big proposal, amid crowd intervention through wild cheering general euphoria, the young man was thrown a curve ball that knocked him off cloud nine, when the woman, though appearing flustered at first, soon began displaying actions that suggested she was not really impressed.

The final score was that she turned him down to the disappointment of the huge on-spot audience.

But while the question of love was not necessarily brought into the picture, some of the grounds on which the proposal was rejected were certainly interesting.

In declaring that she would not be taking up the offer, the woman scolded the man and questioned his financial status and ability to take care of her if she accepted his hand in marriage.

“You don’t have a car, you don’t have a house, but you want to get married,” was the essence of what the female was heard saying in the noisy setting before she stormed from the proposal point with ‘Romeo’ closely in tow.

And, as would be expected, the cheers of admiration soon turned to jeers and taunts from the onlookers, with the man, who could not find a place under the ground to hide, appearing totally confused for a while.

When he realised that the onlookers were not easing up on the taunts, he tried to play it cool, but the audience was not buying it, and his efforts again failed miserably.

The incident has even left some social media users questioning the authenticity of the video, but also calling on the authorities to seek to get hold of the man to provide some form of counselling for him to cope with the harsh realities of the development.

“This is just a perfect reminder that if you have to propose, do it quietly (and privately),” suggested one social media user after viewing the video.