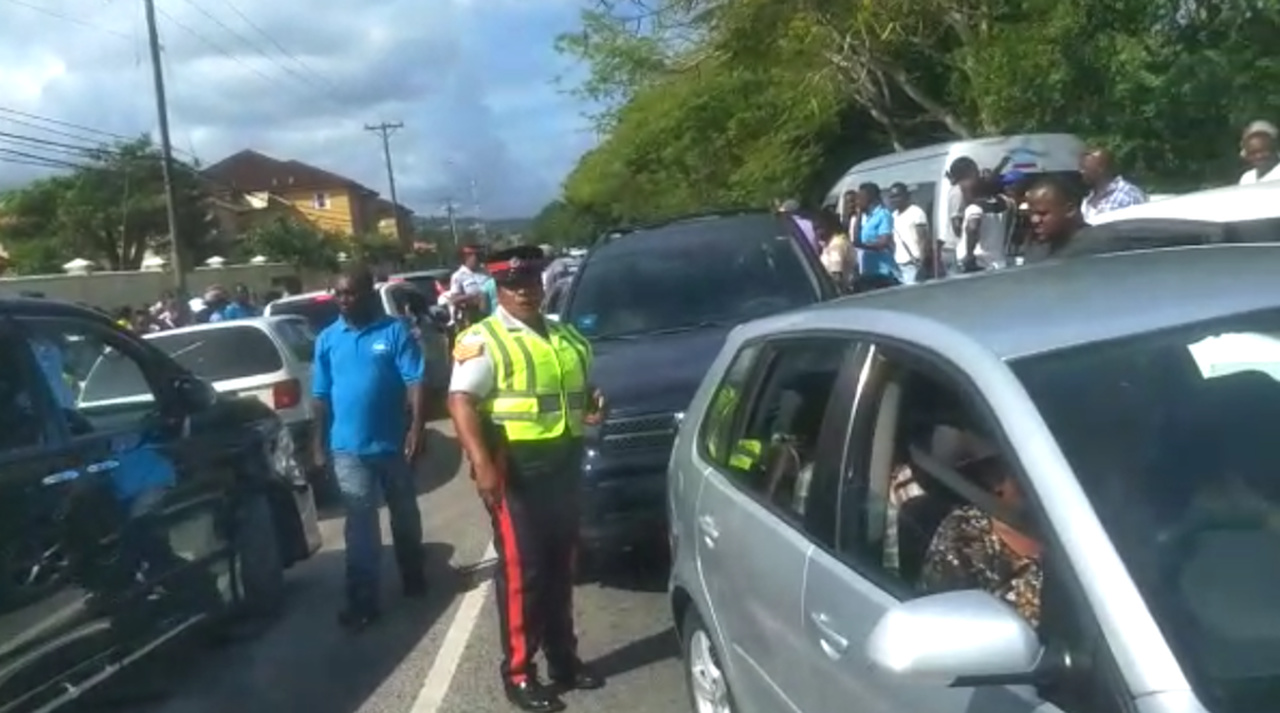 Motorists travelling along the North Coast Highway in the vicinity of Stewart Town in St Mary are being inconvenienced by protesting taxi operators, as the strike by cabbies, angered by aspects of the new Road Traffic Act, threatens to spread islandwide.

Scores of taxi operators on Wednesday morning used their vehicles to block the major thoroughfare in the north eastern parish, causing major build-up of traffic.

"Nothing nah move, everything stop," a man can be heard saying in a video of the scene obtained by Loop News.

The man noted that not even an ambulance with its siren blaring is being given way.

It follows a similar incident earlier in the day in Kingston, where protesting taxi operators used boulders to block a section of the Sir Florizel Glasspole Boulevard that leads to and from the Norman Manley International  Airport.

The roadblock was subsequently cleared by the police, but not before it resulted in some persons being late for their flights.

Among the proposals in the Road Traffic Act that have drawn the ire of taxi operators is the move to hold motor vehicle owners accountable for breaches committed by drivers.

Transport Minister, Robert Montague, on Tuesday night explained on television that the ticketing of vehicle owners for road traffic offences that are committed by other drivers using the vehicles is only applicable where the offences are detected electronically, like at stoplights.

Examples include where the electronic systems only record the vehicle with which the offences are committed, and not the drivers who are behind the wheel.

This system currently operates in countries like the United States, where vehicle owners often get a ticket in the mail where surveillance cameras capture the vehicles’ licence plates when breaches are committed.