VIDEO: Probe launched into fight with cops in West Kingston 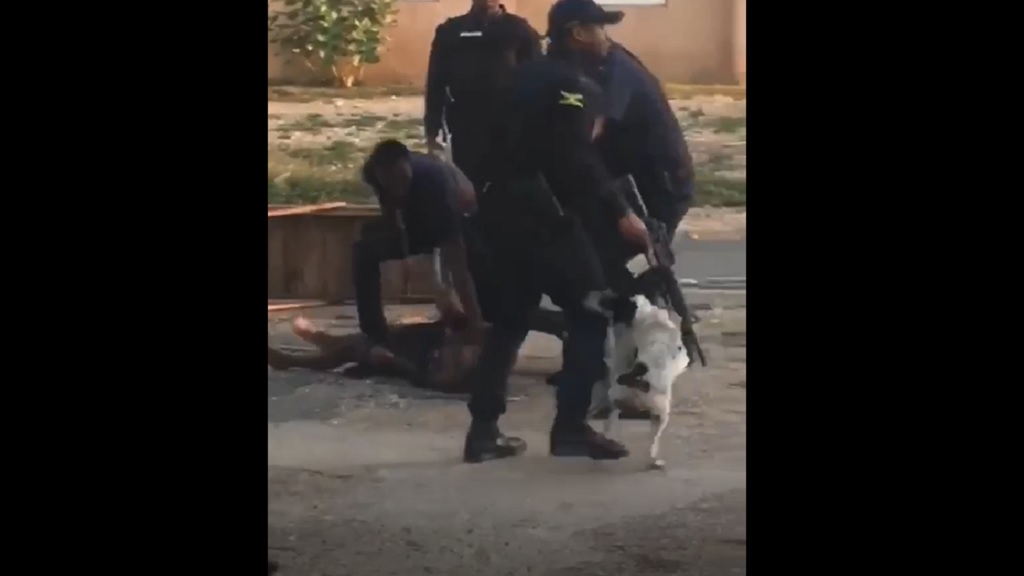 A screen grab from a video of a fight involving a civilian and members of a police team in West Kingston.

The Police High Command has instructed the Inspectorate and Professional Oversight Bureau (IPROB) within the force to conduct an investigation into the circumstances surrounding an altercation between police officers and a resident of Western Kingston, which was captured on video.

In response to the development, the high command said it is seeking to get to the facts behind the incident.

“We are asking witnesses of the incident to make contact with IPROB at iprob@jcf.gov.jm or via WhatsApp at 876-838-3084,” a release from the police stated.

The two-minute video initially shows one officer from among a group of police personnel involved in a tussle with the civilian to the point where the man is thrown to the ground by the cop.

When the resident falls to the ground, with members of the community shouting at the police and calling for the incident to be recorded on video, at least one other officer joins in the action, with both cops kicking the man and stomping on him while he is on the ground.

Police sources have indicated that the man was involved in an incident with police personnel the day before the altercation, after he failed to follow instructions that were issued to him by officers stationed at a Zone or Special Operations (ZOSO) checkpoint in the West Kingston area.