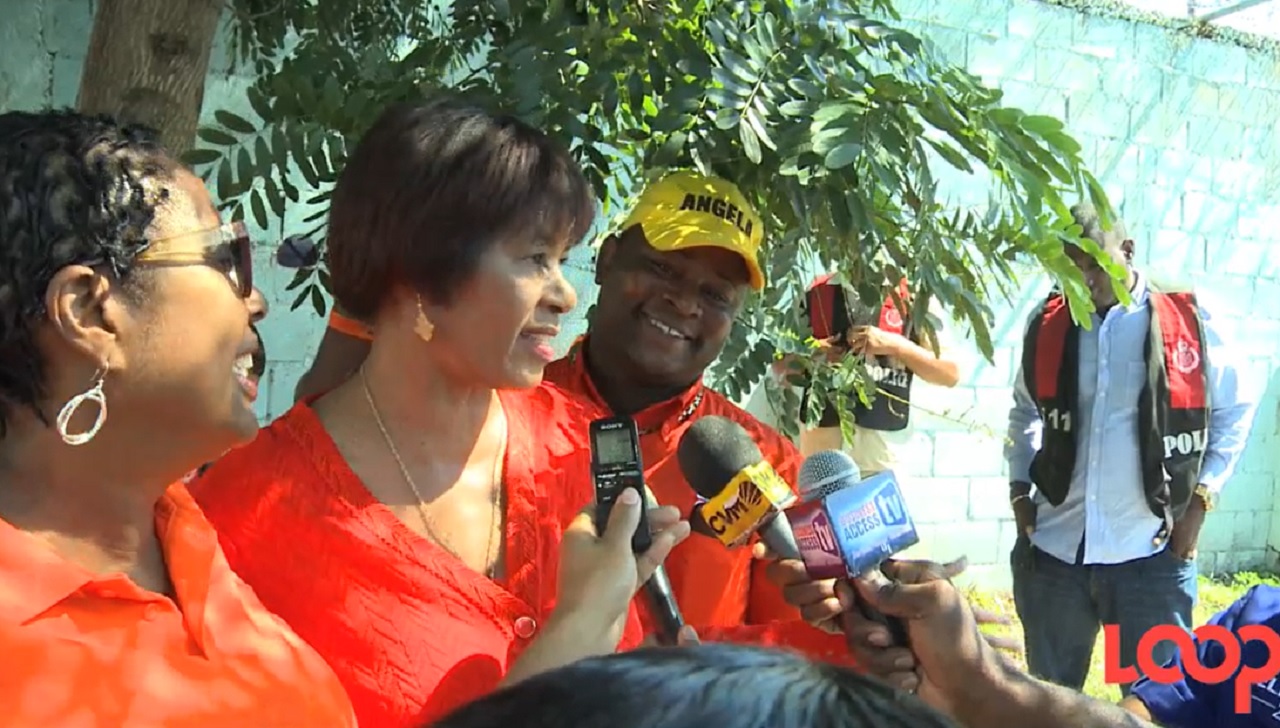 Former Member of Parliament for South West St Andrew, Portia Simpson Miller on Monday rubbished claims by members of the Jamaica Labour Party, made during the campaign for Monday's by-elections, that the constituency was no longer a People's National Party safe seat and that the JLP candidate had a chance of scoring an upset victory.

Simpson Miller dismissed the JLP's claims while speaking with journalists on Monday, along with her successor as People's National Party standard bearer in the constituency, Angela Brown Burke.

"And I have been here for over 40 years, tell them try me!" she added.

In response to Brown Burke's declaration that "it was just a little joke" on the part of the JLP and "don't take them seriously", Simpson Miller said "No, no, no, sometimes they do things and people will take it seriously... I am not into that!"

During the campaign, JLP chairman Robert Montague said the JLP is targeting the South West St Andrew seat that had been dominated by Simpson Miller for approximately 40 years, because prior to then, it was JLP territory.

He suggested that many Labourites had been chased out of the area over the years, to foster Simpson Miller’s dominance, but had remained on the voters’ list for the constituency, and the JLP intended to systematically bring them back to vote in the constituency in the by-elections.

Watch Simpson Miller's response in the video below.