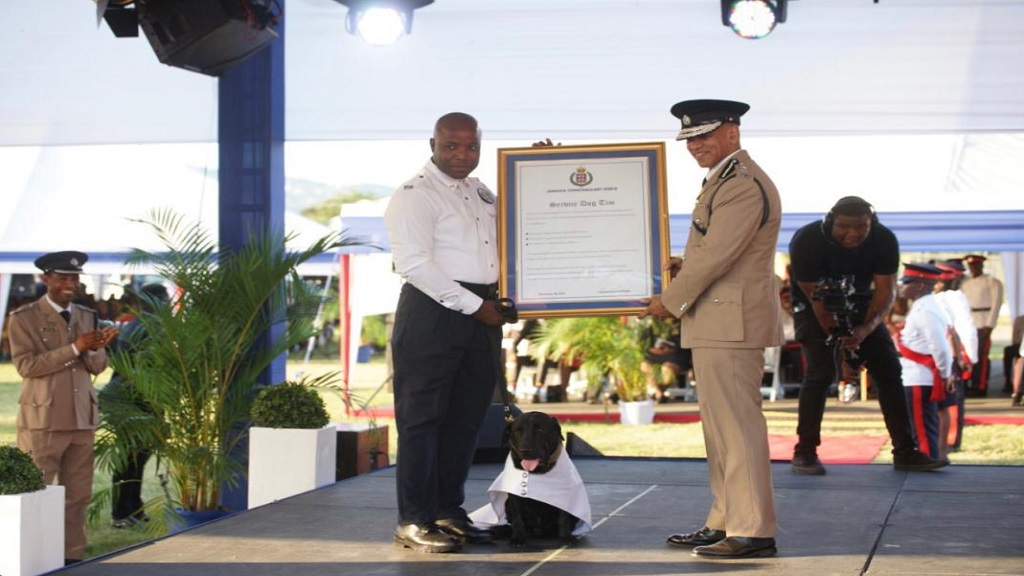 Tim is the first dog to be recognised by the JCF since its Canine Division was established in 1956.

To much applause and ogling at the awards in St Andrew on Thursday (November 28), Ashley marched his partner - adorned in special white garb for the occasion - up the stage to receive a special citation from Commissioner of Police, Major General Antony Anderson.

Tim caught the fancy of many of the event’s specially-invited guests, including Director of Public Prosecutions (DPP), Paula Llewelyn, who requested to give Tim a special pat.

Tim, who served the JCF for just under 10 years, was retired in January of this year with an exemplary record of service, including 11 arrests and the seizure of approximately 100 pounds of illegal drugs.

“I feel elated. It is a privilege to receive this award on behalf of Tim,” he beamed.

The JCF instituted the long service awards in 2018 as a welfare measure to address the disparity between gazetted officers and rank and file members of the force.

While all members of the force can be awarded national honours, only gazetted officers can attend the coveted annual Kings’ House National Honours and Awards Ceremony.