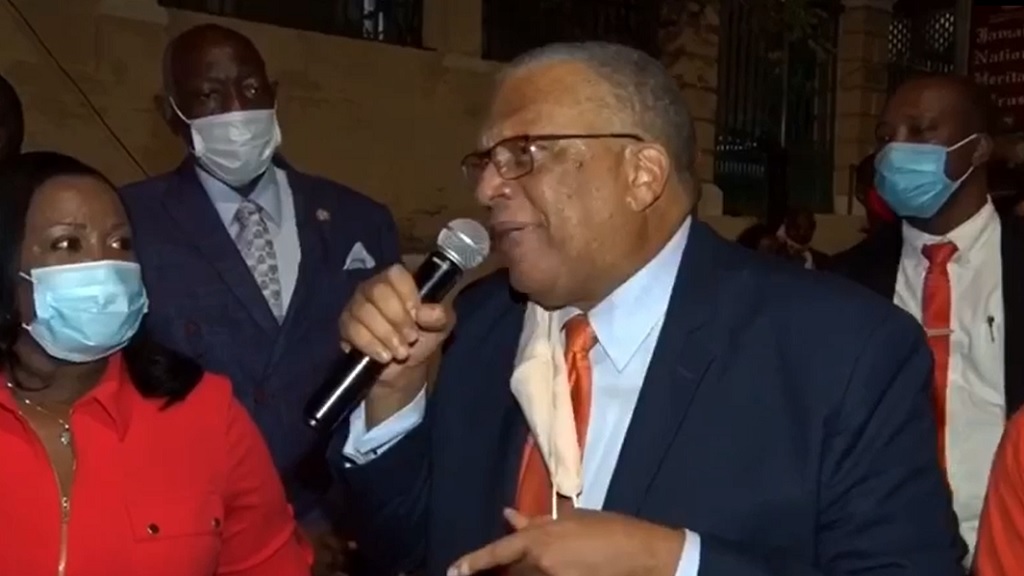 The general election rhetoric has begun to heat up with Opposition Leader and President of the People’s National Party (PNP), Dr Peter Phillips asserting that the administration of the governing Jamaica Labour Party (JLP) has been an abject failure during its four-and-a-half years in office.

Phillips made the charge in the House of Representatives on Tuesday. He was speaking shortly after Prime Minister Andrew Holness announced that Thursday, September 3 will be the date of the next general elections. While doing so, Holness reeled off numerous “achievements” of the government under his watch while making the case for his party to be given a second term in office. However, Phillips was not impressed and instead sought to make the case as to why the PNP should instead be installed as the next government.

Phillips pointed out that Holness had inherited more favourable conditions when the JLP took office in 2016 in comparison to when the PNP took over from the JLP in 2012. He appeared to scold the prime minister for claiming paternity for several projects which he noted were started under the previous PNP government.

Phillips also argued that the reduction in the debt to GDP rate began with the Portia Simpson Miller administration of 2012 -2016 when he was finance minister, a fact he said was not acknowledged by Holness and the JLP.

“Despite all of that, in all the major challenges that this country has faced, the administration has not succeeded. In fact it has failed,” Phillips stated to sustained applause from Opposition Members of Parliament.

Phillips pointed to the crime figures, in particular murders, arguing that the situation has worsened with numbers “worse than the worse year in the previous PNP administration”. He said the Holness administration has not increased the numbers in the Jamaica Constabulary Force (JCF) nor implemented the measures to reform the force.

And despite Holness boasting that the JLP had overseen a record 18 successive quarters of consecutive growth while acknowledging that four of those were under the PNP, Phillips noted that the JLP abandoned its promised ‘five-in-four’ growth target. He acknowledged that the 2020 numbers would have been impacted by the COVID-19 crisis but asserted that the economy started to decline in the last quarter of 2019. That assertion led to a clash between him and Finance Minister Dr Nigel Clarke who rejected the claim but Phillips would not back down. Clarke insisted the decline started in 2020 with the onset of the pandemic which wiped out tourism earnings which account for 10 per cent of the economy. This, following the forced shutdown of the sector.

Clarke promised to “fact-check the PNP on every single point they raise. We will not allow them to get away with such nonsense,” he said.

But Phillips hit right back, an indication of the likely tone during what is effectively a three-week election campaign. He told Clarke that despite his intervention, he did not deny that the economy started to slow down in the December 2019 quarter.

Phillips went on to state that export agriculture and the sugar industry have been hit hard.

“It has been a litany of failures and disasters that has occurred,” he insisted.

As it relates to the parish of Westmoreland which has become a crime hotspot in recent years, Phillips said this was directly related to the collapse of the sugar industry. He said the same situation exists in Clarendon with the eastern parish of St Thomas heading in the same direction.

The PNP president also blasted the JLP for its governance performance, accusing it of “the downright theft of public resources, taxpayers’ money”.

“This has been the worse experience that Jamaica has ever had,” said Phillips.