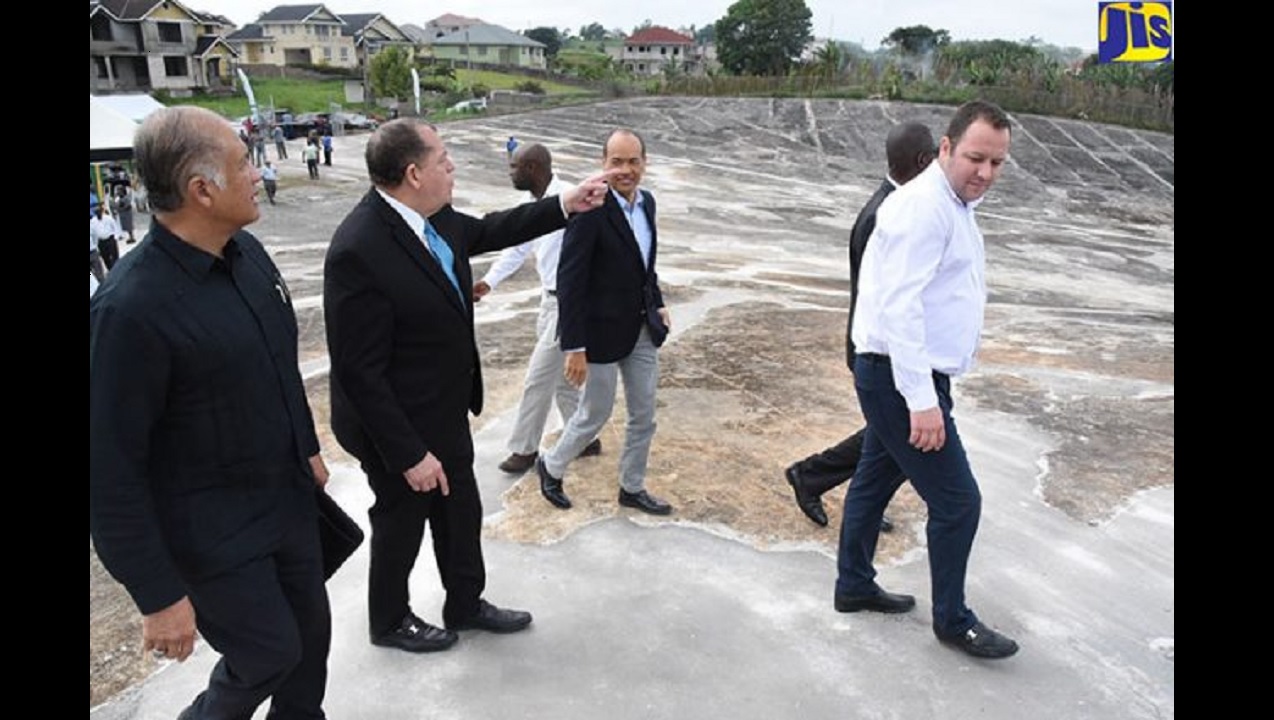 The newly restored water-harvesting facility that serves the Type C Percy Junor Hospital in Spaldings, Manchester, was officially handed over last Wednesday by Carib Cement Company Limited, which undertook the work at a cost of $5 million.

Finance Minister and Member of Parliament for North East Manchester, Audley Shaw, welcomed the restoration project, noting that it serves as a model for other institutions and hospitals islandwide.

“I feel so inspired that I want to let the hospital know that I will be working with all of our stakeholders, including the cement company, to approach the National Health Fund (NHF) for another $5 million, because we have come this far; so let’s complete the project,” Shaw said.

He noted that the water-catchment facility, at its present location of more than 3,000 feet above sea level and with persistent high winds, opens opportunities for wind energy, which could offset electricity costs at the hospital.

“We have this facility for water to supply 90 per cent of what is consumed, and now we have enough space to put up one or two wind turbines up here,” he pointed out.

General Manager, Carib Cement, Peter Donkersloot, said the company is very strong on corporate social responsibility and believes in projects such as the water harvesting facility, hence their investment of some $200 million in similar projects across Jamaica over the last two years.

“This project was done on two acres of land with a 750,000 gallon tank, which will be able to supply 90 per cent of the water for the hospital. I heard mention of $7 million in savings on water.

That is a huge number; investing $5 million to save $7 million is a huge no-brainer,” Mr. Donkersloot said.

He reminded the audience that the impact of climate change will cause damage to infrastructure, and that that is “why we need to build things once, and we need to build them good. This is a 70-year-old asphalt structure and it’s still here,” he said pointing to the catchment area that had largely withstood the test of time.

Chairman of Carib Cement, Dr. Parris Lyew-Ayee, noted that rainwater harvesting and grey water reuse for irrigation and flushing of toilets are increasingly being adopted to diversify water sources in modern society.

The use of the technology, he noted further, will cut down on the cost of energy to pump water.

“These energy costs are more than dollars and cents; they include the carbon footprint for the generation of the power to pump water,” he noted.

Some 143,000 patients are seen annually at the 75-year-old hospital, which was a gift from the late philanthropist, Percy Junor. It serves more than 300,000 persons across the parishes of Clarendon, Manchester, St Ann and Trelawny.