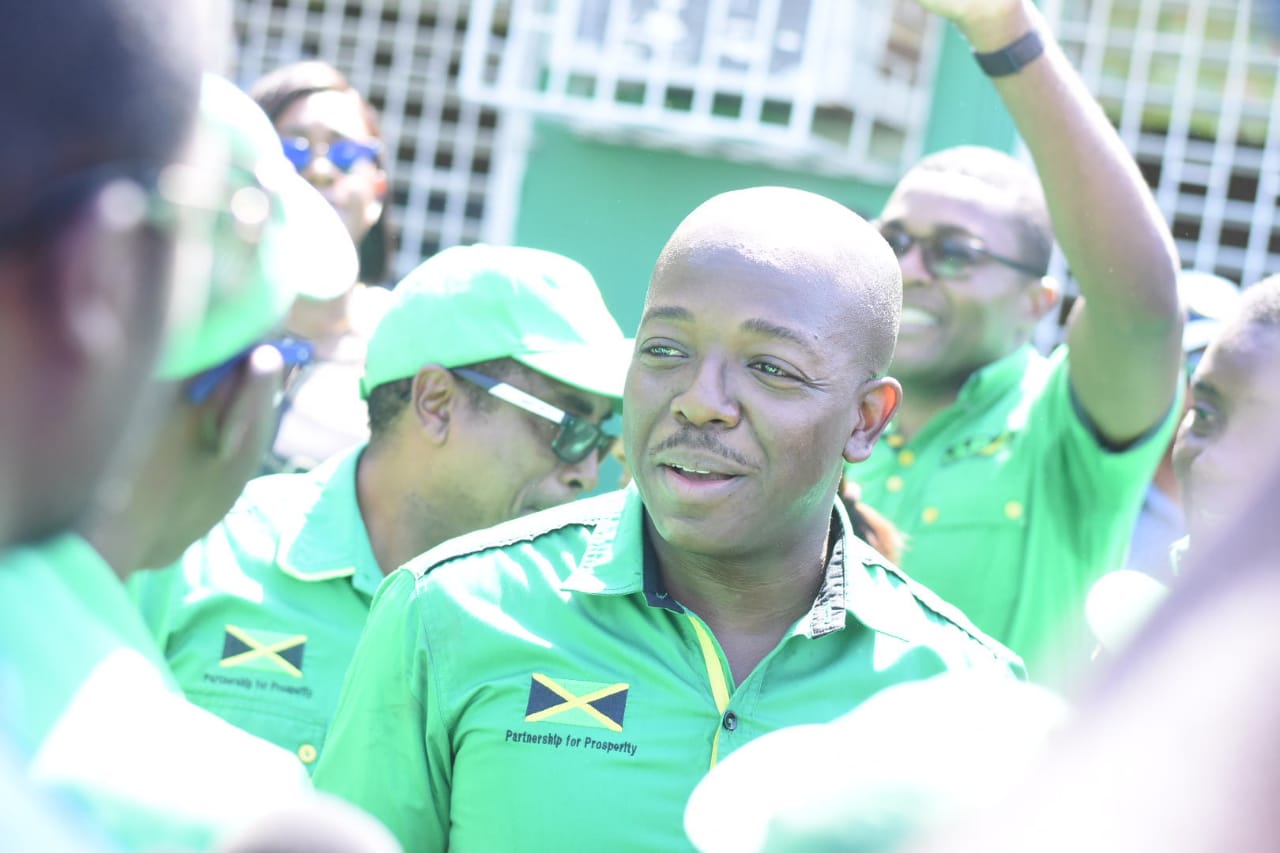 Pearnel Charles Jnr is pictured after being nominated as the JLP candidate for the March 2 South East St Andrew by-election. (Photos: Marlon Reid)

Backed by the top brass of the JLP, headed by Prime Minister Andrew Holness and outgoing Member of Parliament (MP), Rudyard Spencer, Charles Jnr calmly flowed through the nomination process amid huge crowd support after a whopping motorcade from the JLP's constituency office at Mineral Heights.

Speaking to the media after the nomination, Charles said he is focussed on tackling the fundamental challenges of the constituency, including lack of water, economic opportunity and housing.

He credited the JLP Government for its significant focus on economic growth to drive human development across the country, aspects of which he was handling as Minister without Portfolio in the Ministry of Economic Growth and Job Creation prior to resigning to contest the by-election.

He goes up against Derrick Lambert, a former People's National Party (PNP) candidate in the seat. Lambert lost to Spencer in the 2011 General Elections.