VIDEO: Mother in distress, cops at their best! 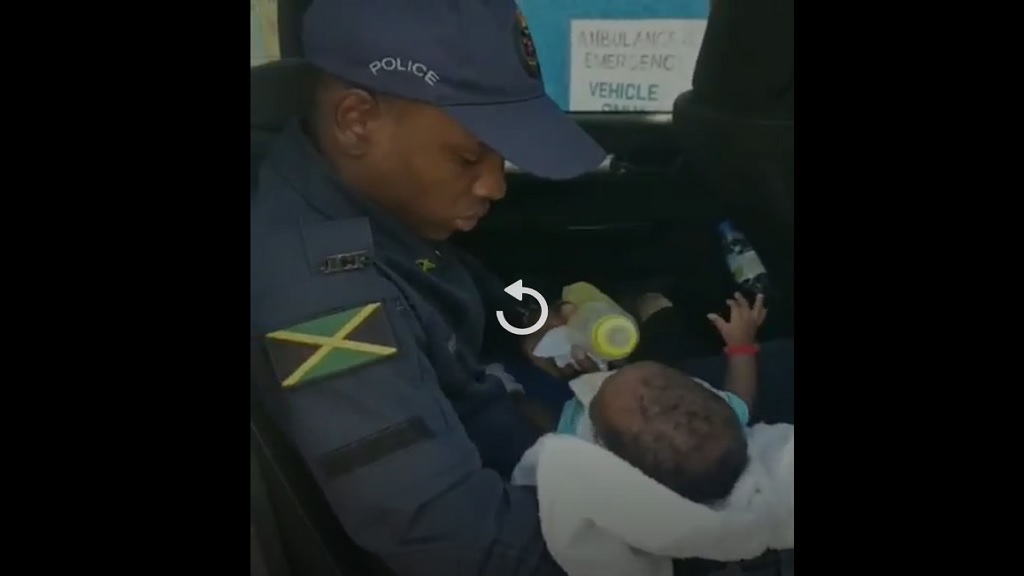 One of the young lawmen who shed their normal policing image in 'rescuing' a mother in deep distress in Kingston on New Year's Eve.

The Police High Command has extended commendation to a group of police officers who went the extra mile to help a mother who faced a particular challenge in Kingston on New Year’s Eve.

The mother had to rush one of her four children to a hospital for treatment, and had no reliable option to care for her other children while she attended to the particular needs of the one who was ill.

The officers who are assigned to work in the Kingston West Zone of Special Operations (ZOSO), saw the woman in distress, and took time out of their normal work routine to take care of three of the children, including two tiny tots, while the mother went to seek medical attention for the other child.

The cops, through their selfless act, demonstrated how much more there is to policing than just physically fighting crime.

The incident, which ended up being captured on video, has been hailed by a number of Jamaicans, and has also attracted the attention of the Police High Command

“Thank you to constables Franklyn, Brown and Edwards for your selfless act,” members of the Police High Command said in a message to the policemen.

See below an excerpt from the video of the officers on duty dotingly taking care of the infants.

Businesswoman who 'endured strip search in ZOSO' to sue police