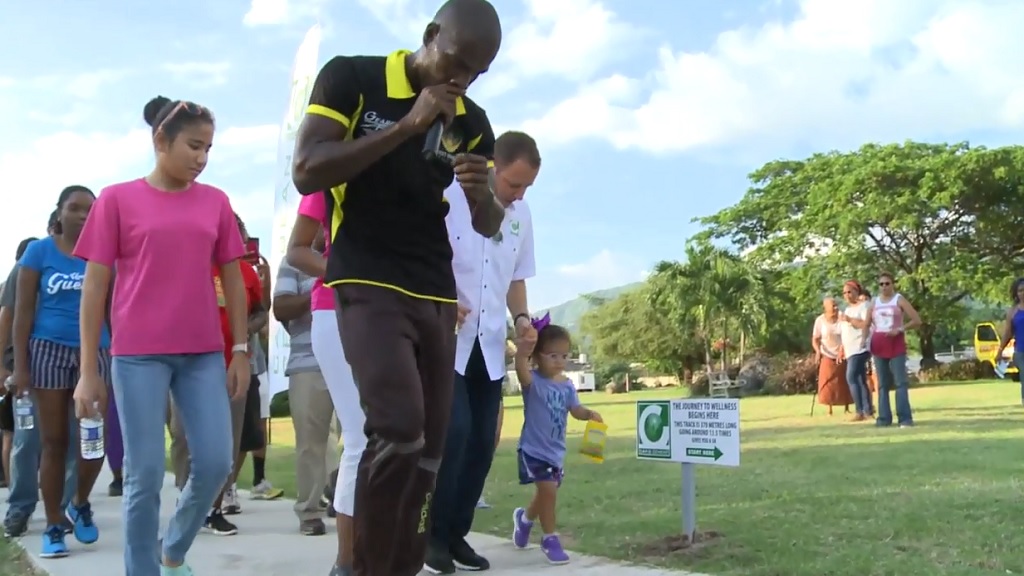 Winsome Johns-Gayle Heights Citizen's Association, has said that this has been in the pipeline for years and lauded Member of Parliament of Eastern St. Andrew Fayval Williams for her involvement in making the rehabilitated jogging trail a reality.

Williams who was also at the ceremony thanked Carib Cement for recognising the value of the project and how it would benefit the citizens and acknowledged that without the company's help, the rehabilitation of the facility would not be possible.

Also present was Health Minister Dr. Christopher Tufton who described the achievement of a good example of what partnership can do.

General Manager of the Carib Cement Peter Donkerslooth said that as a company it cannot only be about making profits, but it also has to involve building communities and making them better and by extension, Jamaica.

According to Donkerslooth, the choice of concrete for the trail, measuring 370 metres, was not only because of what the company produces, but also because concrete is more durable than asphalt. He also pointed out that the track is made from 100 per cent local raw materials.