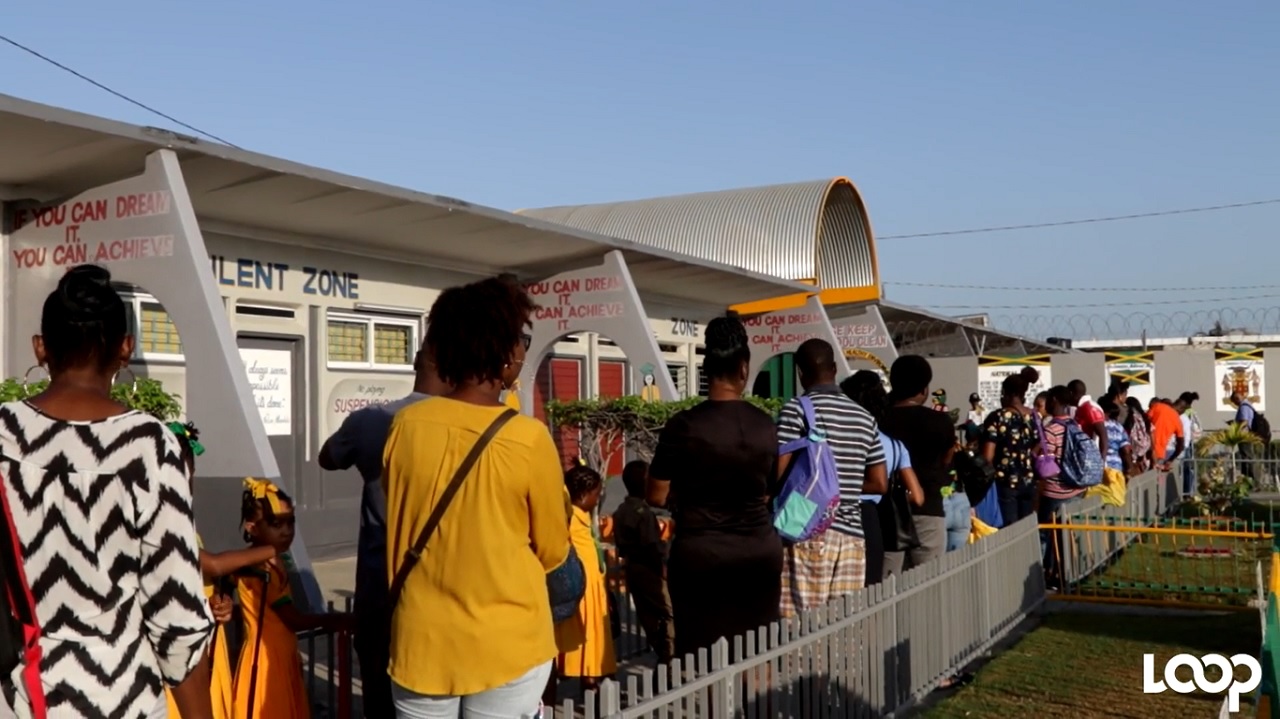 Kensington Primary School parents and students at the institution on the first day of the new school year Monday.

It’s the beginning of a new school year at Kensington Primary in Portmore.

As students return from the summer break, one female child in particular will stand out for her parent’s push back against the controversial school grooming policy that would have barred her from attending the institution due to her dreadlocked hairstyle.

The Supreme Court granted an injunction in early August that paved the way for the 5-year-old to attend the school.

Representatives of Kensington Primary refused to talk to Loop News when our team visited the institution Monday morning. However, parents of other children attending the institution, freely expressed their views on the matter, most of them offering support for the school rules.

Many of those in support particularly expressed the view that once the rules are known, if their principles conflict with those of the school, parents should find an alternative institution to enrol their children.

There were, however, a few dissenting views, although few in numbers. Those parents opined that dreadlocks is a major part of Jamaican culture and should be allowed, especially when it’s on religious grounds.

A view from the outside: Folly and prejudice at school in Jamaica?