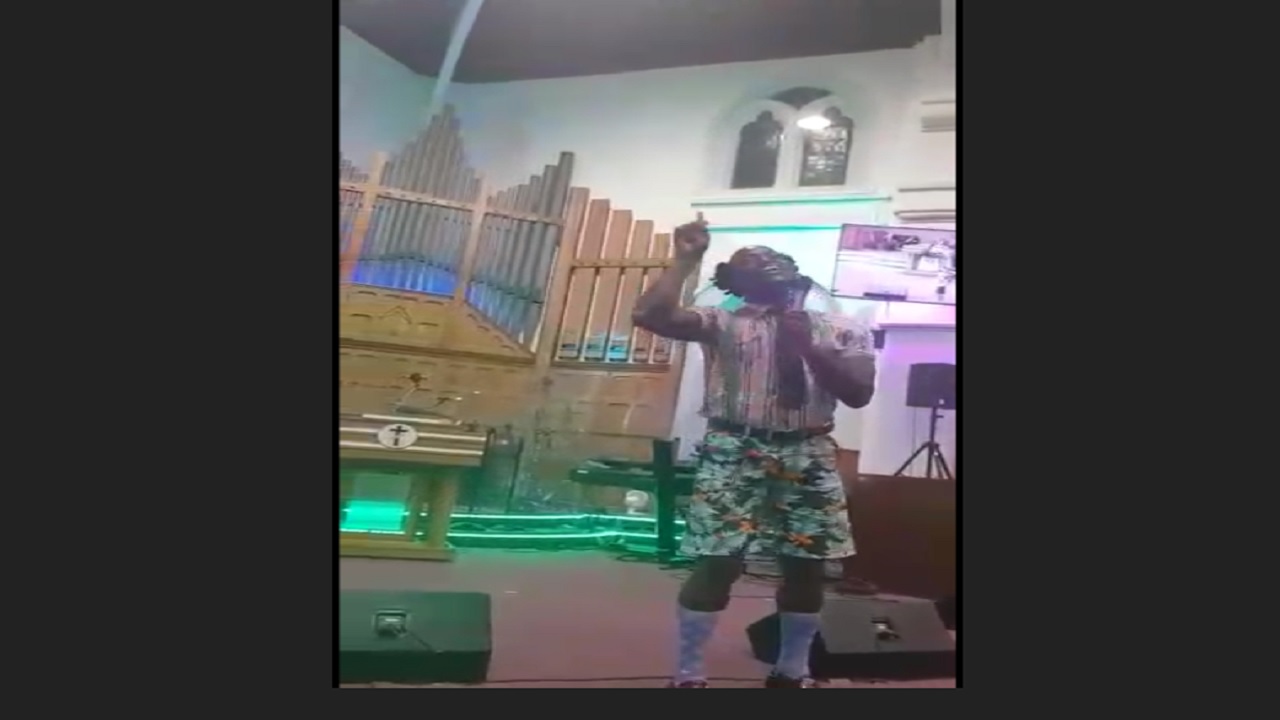 It is often said that where ever Jamaicans are present, they will always make a mark for themselves.

Lacell Parnell, a local comedian who plays the character ‘Girlie’, provided new evidence to this when he was recently caught on camera preaching in a church in England.

Parnell, who is now a christian, has traded his wig and female attire and taken on a new role which he calls a gospel stand-up comedian.

Recently he was seen in an eight-minute video not only spreading the word of God, but doing so it in a creative way that brought about much laughter.

Media reports are that Parnell had first migrated to the United States, where he married a United States citizen in 2002. His wife reportedly passed away in 2004 after a gastric bypass surgery.

While making his address in the video, the local actor is heard saying that despite the many challenges, his faith in God continued to keep him strong.

He also called on members of the church community not to be afraid to use creative ways to reach out to those in the secular world.

He has appeared in productions such as Twice My Age, Murder She Wrote, Hataclaps, Girlie Maternity, and the two-part Fire Inna Yuh Wire.