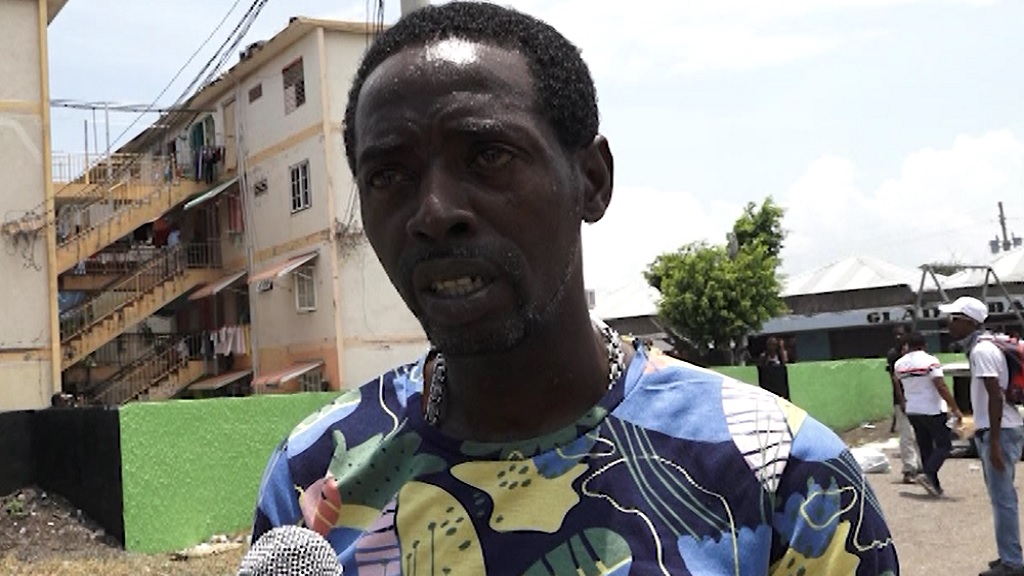 Former national football player, Steve Green, says he has been left traumatised by ill-treatment meted out to him by members of the security forces.

He said he wasn't at home at the time of the incident.

"Shots were firing and I was at my mother's house, so I said 'I am not going home'... I was frightened when I went home in the morning to see my door kicked off," an emotional Green recounted to Loop News on Wednesday.

"The people next door said they told the soldiers that 'the baller live next door' and they didn't care, they just kicked off my door," he continued. "That leave mi traumatised."

Green, who was detained during the Tivoli incursion 10 years ago, lamented what he said was constant abuse meted out to residents of the community by police and soldiers.

"We can't afford to go to the police force for any assistance; they are always taking a set on us down here," the former Reggae Boy and Tivoli Gardens Football Club midfielder said. "It's like we have no rights, we can't speak... they want to beat us and take us out from our house."

"The police and the soldiers are moving like gangsters," the resident said.

Police report that members of the security forces were attacked by gangsters and engaged in an hour-long gun battle in sections of the west Kingston community on Monday night.

A purported audio clip of the gun battle has been circulating online. Listen below.

"A team of officers went to the area to conduct an operation and came under severe gunfire from men carrying several high powered weapons,” a police source told Loop News.

Reports are that, at one point, a police team was cornered in the area but received assistance from members of the Jamaica Defence Force who took the fight to the criminals.

It is believed that the incident led to the Ray Ray Market being destroyed by fire later that same night, as police theorise that criminals set the market ablaze to distract members of the security team.

A large section of the market was razed by the fire, destroying a number of stalls and millions of dollars worth of goods.

WATCH: Burnt out Ray Ray vendors cry for help after another fire