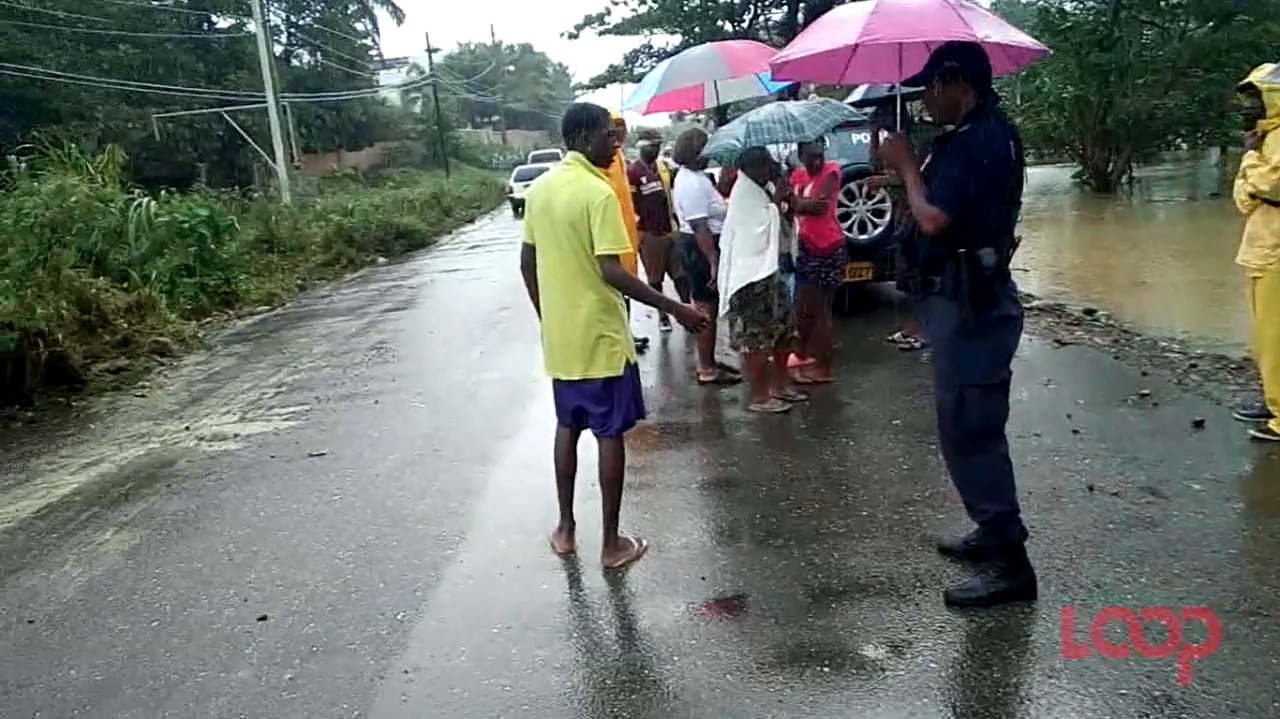 Anchovy residents took to the streets to protest amid ongoing flood rains affecting the community.

The Government has made $10 million available to assist with emergencies in the flood-hit parishes of St Mary, Portland, St Ann and Trelawny.

Local Government Minister Desmond McKenzie has ordered that the funds be immediately released to clear roads blocked by land slippages and any other debris that has made them impassable, and to implement any emergency road works as are necessary.

Of the amount, $3 million will be allocated to each municipal corporation of the two worst affected parishes, while the local authorities of the other two less affected parishes will receive $2 million each.

The Minister in a statement said he wants to “minimise the trauma and disruption to our citizens, and ensure that they can get back to work and to school as quickly as possible.”

The minister has also given approval for municipal corporations to use their special grant for repairs to take care of emergencies in their jurisdictions as necessary.

“These are all critical interim actions that we are taking now. We will await the damage assessment reports of the chief engineering officers of the affected municipal corporations, and thereafter develop a comprehensive road repair and rehabilitation programme,” he said.

Some schools in Portland did not open on Monday due to flooding and blocked roads that rendered access impassable. Meanwhile, residents of Anchovy Gardens in the parish have been protesting alleged lack of assistance from the relevant authorities for those affected by the flooding. Watch the video below.