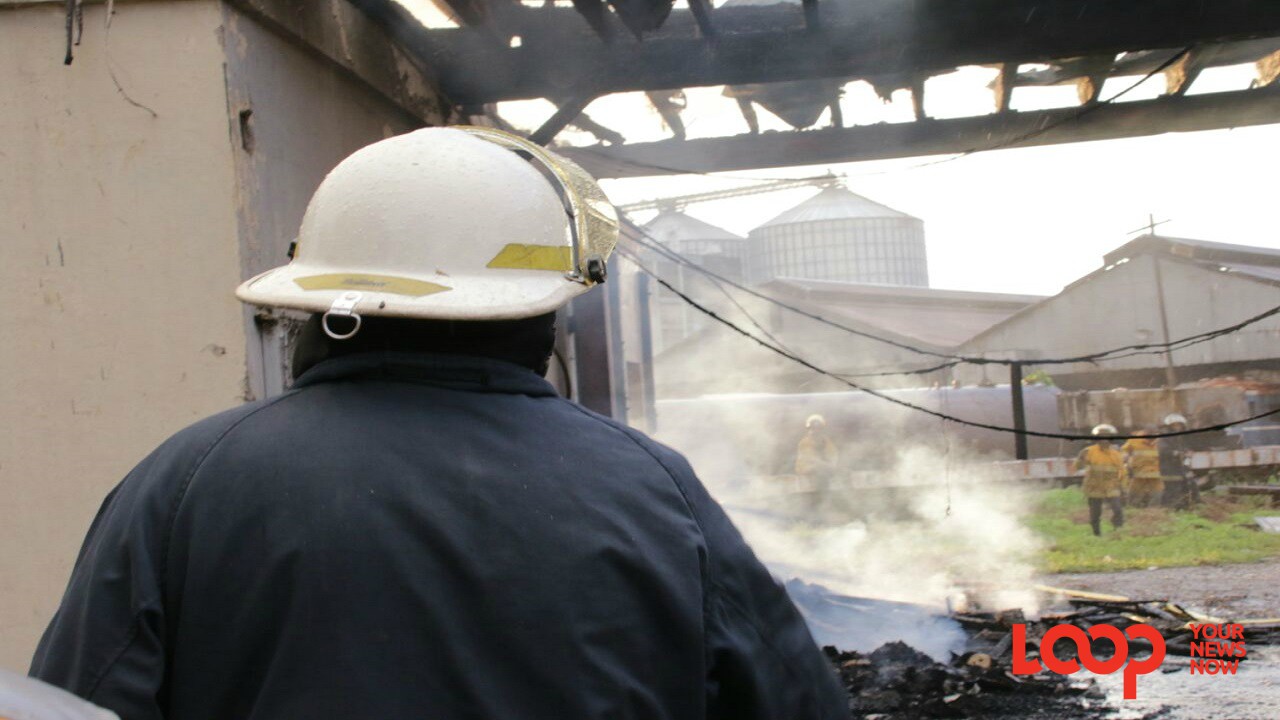 Assistant Superintendent at the Jamaica Fire Brigade, Dennis Lyons looks at smoke coming from a building at the JRC on Tuesday. (PHOTO: Shawn Barnes)

Some historical documents belonging to the Jamaica Railway Corporation (JRC) are feared lost after fire destroyed a section of a building at the JRC in downtown Kingston on Tuesday afternoon.

Reports are that at around 3:45 pm, the Jamaica Fire Brigade was alerted to a blaze at the building along Darling Street.

When the firefighters arrived, they discovered a blaze at a section of the store room on the administrative block.

“The Brigade immediately attacked it but based on the magnitude of the fire, we had to request other units from Half-Way Tree and Rollington Town,” Assistant Superintendent at the Jamaica Fire Brigade, Dennis Lyons told Loop Jamaica.

Lyons said firefighters were able to bring the fire under control after around 10 to 15 minutes. The cause of the fire and extent of the damage have not yet been ascertained.

General Manager of the JRC, Fitzroy Williams called it a “sad day” for the Jamaica Railway Corporation. He noted that the affected building once housed the civil department and part of the engineering department at the JRC.

“It would have housed a number of historical documents as it relates to building and structures etc. Some of that information would still have been in the building, not actively used, but are from time to time when we need to source information,” Williams said.

“Clearly it is a sad day for us as significant value would have been destroyed,” he said, noting that it is unfortunate that it happened at a time when there is a movement to revive railway operations in Jamaica.

Watch the video edited by Shawn Barnes below.

17 homeless after wooden houses destroyed by fire in Mount Salem