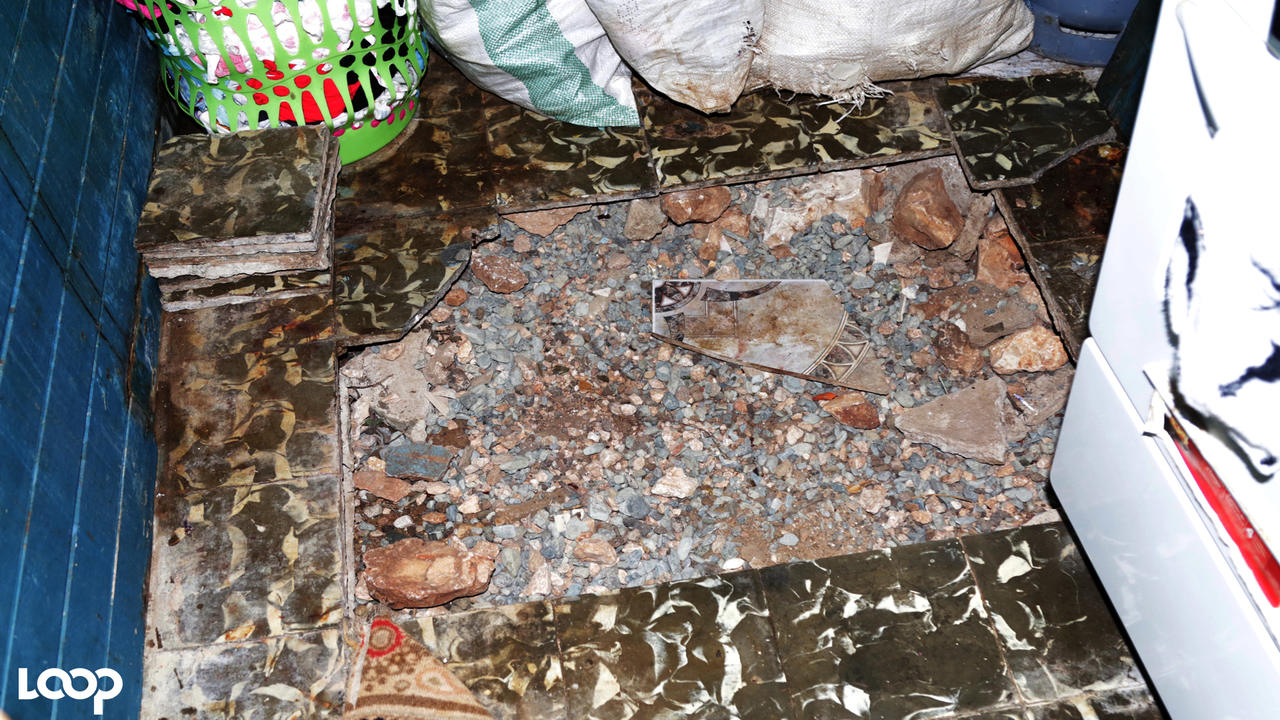 The crumbling floor in the kitchen of a Hellshire Park house occupied by Juliet Taylor, her two daughters and granddaughter. (PHOTOS and VIDEO: Ramon Lindsay)

The Taylor family in Hellshire Park lives daily under the invisible finger of deadly disaster. They live in a one-bedroom studio dwelling located above a cave and the house is beginning to crumble under ravages of time - and gravity.

A few months ago, a sinkhole mysteriously appeared in the kitchen, causing great consternation for Juliet Taylor and her two daughters, aged 13, and 5, and her three year old grand-daughter (the child of an older daughter who doesn't reside at the house) who live in the house.

"My dad bought a house in the 1980s but I recently found out that under the house is hollow, we live on a cave. I am on a cave, the cave is before me, around me, no matter what I do, I will have a problem. One morning, I woke up, the floor in the kitchen fell in, underneath the house itself is hollow, anything can happen to us at anytime," Taylor told Loop Jamaica reporter Claude Mills. 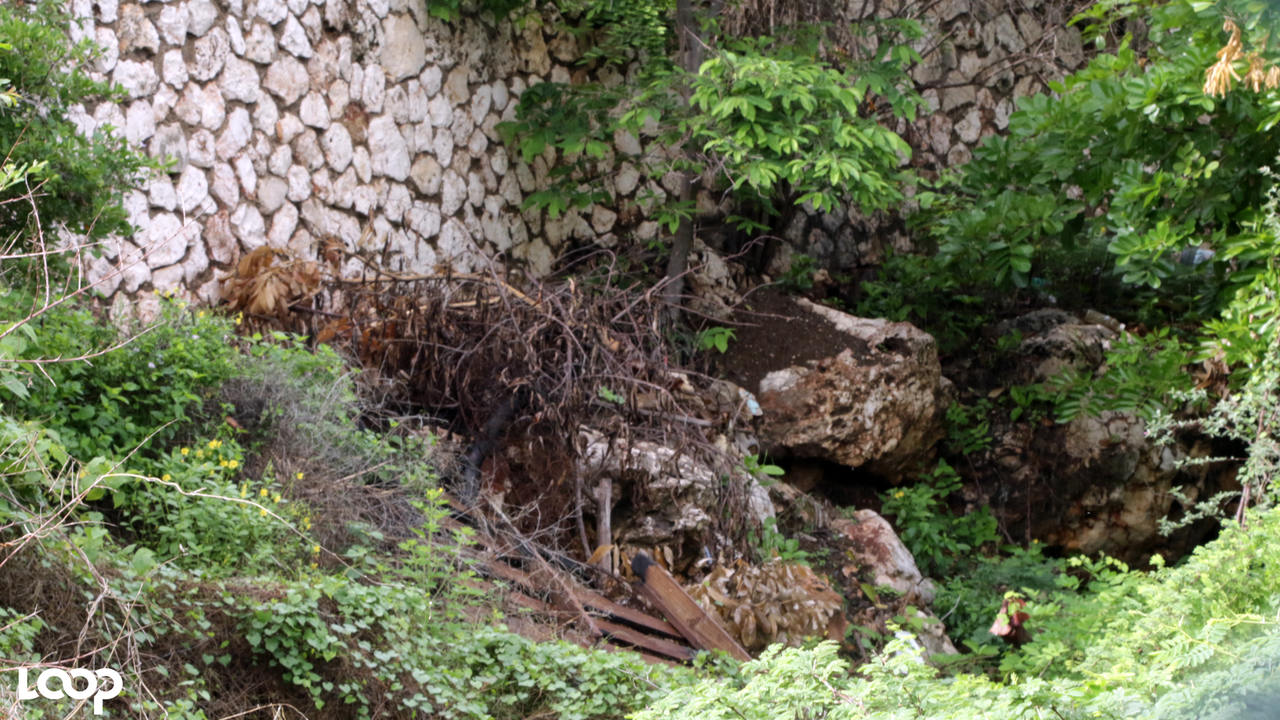 "I poured stones in it (hole in the kitchen) to full it up because is just an open space, and now, the tiles dem in the house are loose. I am worried sometimes, especially since the reports of tremors in the news. I am worried but at least I didn't really feel the tremors any at all in Hellshire Park but you never know."

Hellshire Park is located in the Hellshire Hills area of Portmore, a huge expanse of scrub, cacti, low hills, white sand beaches, and limestone caves, much of it still untouched despite the encroachment of housing estates.

Taylor had been considering doing additional construction to her dwelling before the sinkhole incident.

"I had planned to take off the top and put another room, but then the kitchen caved in. If I had done that, everything would have caved in. I am glad the sinkhole happened because it was like a warning," she said.

Other neighbours have similar problems with the terrain.

"My neighbour had to renovate the floor from the verandah go straight back because it burst. They fix it because they can, I can't do anything. I need someone to tell me what to do, three contractors and tell me that I have to redump the land, dig it out and dump it back because the land is hollow. After the meeting, the UDC representatives said they would come and look at it, nobody turned up, nobody called," she said.

Her father, Desmond Taylor, who bought the house during the 1980s, died 10 years ago. But the problem lives on.

"It is frustrating and hard, I went to UDC, they didn't give me a response. Another company came and look at it, and said it is not their problem. Mr Cowan called them and UDC said it is more than 30 years that house was bought so it is not their concern.There is nothing in the floor, no steel or nothing, they pour sand in it and put tile over it, for my dad to have paid money for that, that doesn't make any sense. You cannot do anything on the land, I am going to lose if I do anything," she complained.

Taylor's biggest fear is a major earthquake. According to the Earthquake Unit at the University of the West Indies, about 200 earthquakes are located in and around Jamaica per year most of which are minor, having magnitudes less than 4.0.

"The floor has cracks in it all through the house, so I have to walk lightly, you can't jump in the house, you don't know what may happen, one morning, we might wake up and find ourselves underground in the cave, is something that trouble me bad," she said.