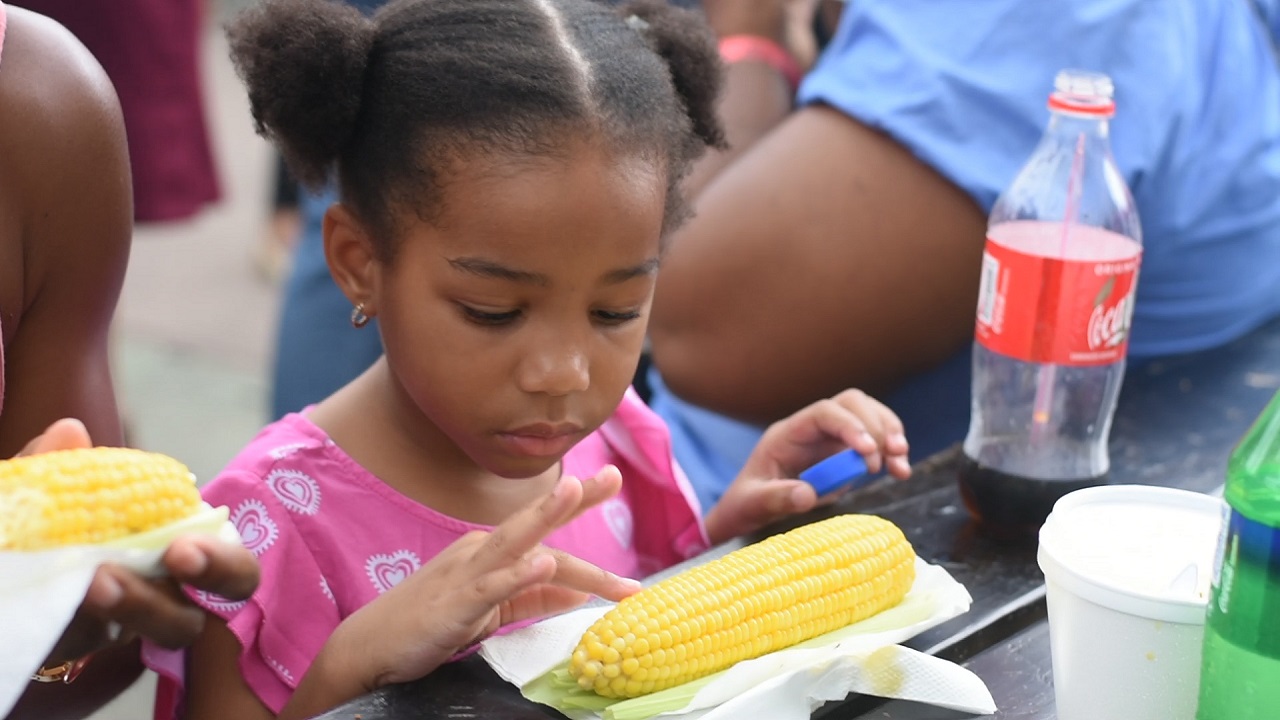 A young girl enjoys boiled corn at the CB Food Court at the Expo Jamaica on Sunday.

The Jamaica Manufacturers' Association Expo 2018 was held at the Independence Park Complex over the weekend, and from all indications, the event was a huge success with thousands turning out over the four days to view the products on display.

With over 300 booths occupying both the National Indoor Sports Centre and the National Arena, with additional stalls for market provisions in between, there were enough to hold the attention span of those who attended for hours.

Thursday and a major part of Friday were dedicated to the over 600 buyers (over 200 from overseas) who journeyed to the venue with late Friday evening, as well as Saturday and Sunday opened to the general public.

They never disappointed as they went, touched, saw, tasted, felt and enjoyed what is made in Jamaica by Jamaicans, with some making deals, while others just viewed the happenings.

Watch as Loop News' videographer Marlon Reid got the reactions of some of the patrons at the event.

Photos: Expo Jamaica off to a good start