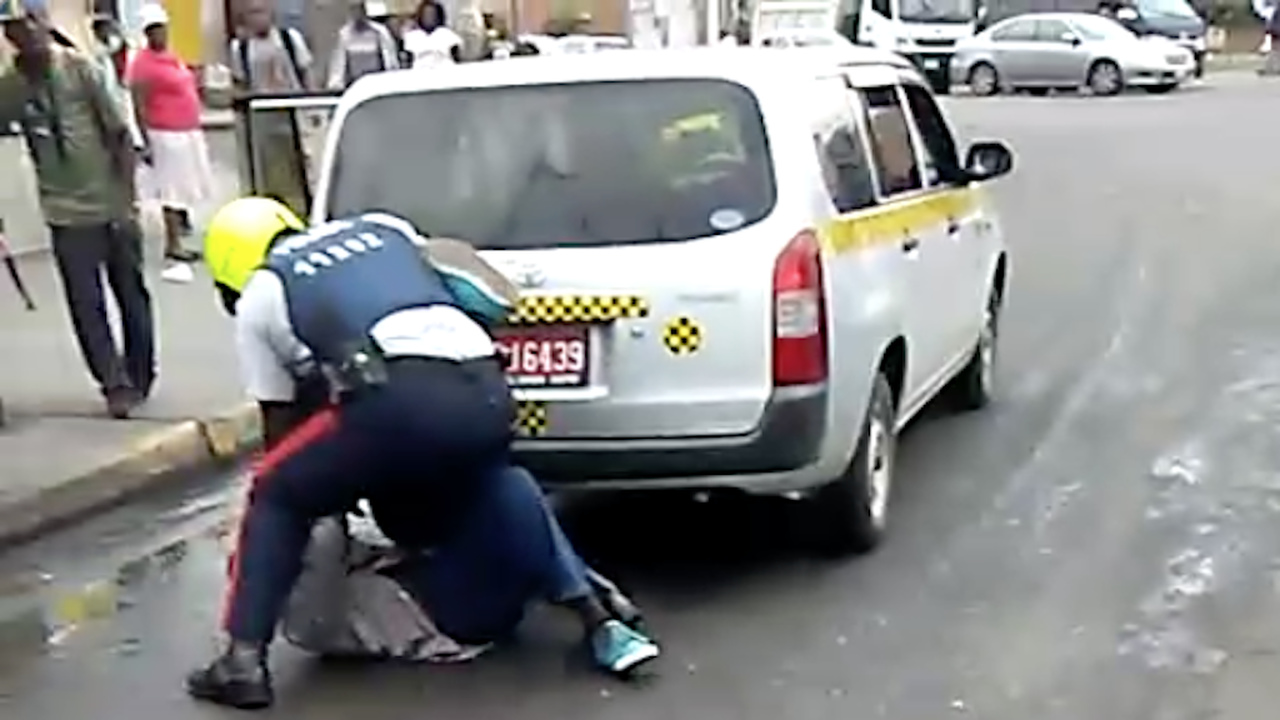 Another physical altercation between a police officer and a public passenger vehicle operator has been caught on camera and is under probe.

The latest videotaped standoff reportedly occurred near Cross Roads in the Corporate Area.

The video which has been circulating on social media shows a policeman from the Public Safety and Traffic Enforcement Branch of the Jamaica Constabulary Force trying to restrain an alleged taxi driver.

It shows the transport operator lying on his back while tussling with the officer who is standing over him.

It is not clear what triggered the standoff but, during the development, several women are seen trying to stop the policeman from restraining the transport operator. Male voices could also heard pleading with the officer not to harm the man.

The video shows the policeman pulling his gun from his holster as the situation threatens to escalate and the transport operator tries to escape from the cop's grasp.

Head of the JCF's Corporate Communication Unit, Deputy Superintendent Dahlia Garrick told Loop News that the police are aware of the video and have launched an investigation. The incident reportedly took place on Wednesday, but this was not confirmed by the police.

The development comes less than two weeks after a bus operator was shot and injured after he apparently attacked a policeman in Clarendon.

District constable 'with illegal gun' killed in tussle with cops