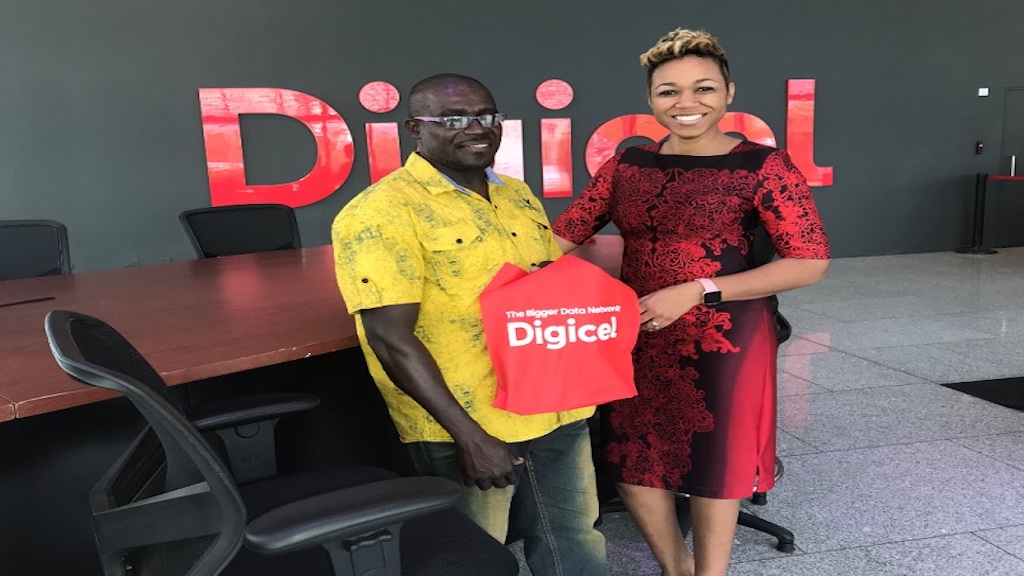 The children had found themselves in difficulty last Monday while trying to cross a flooded section of Constant Spring Road in St Andrew. Williams, upon noticing the development, quickly went to the aid of the children and hoisted them individually to safety.

The incident was captured on video and shared on social media, with hundreds of people showering praise on the 46-year-old construction worker for his selfless act which they say embodies the true Jamaican spirit.

Among those heaping praise on Williams is communications leader Digicel.

Katasha Thompson, head of operations, retail and distribution of Digicel earlier this week met with Williams to commend him for his good actions and to also present him with a smartphone and other items.

“There are good people out there and a lot of them go unrecognised; this is the least that we could do," Thompson said, adding that "it's minor in comparison to what (Williams) have done and how important it is.

"I hope that all the people who are seeing this get the bigger message that it’s just right to do good and it always pays off," Thompson said.

Williams was grateful for the recognition from Digicel.

“Since the incident, a lot of people have been calling and telling me that what I did was a good thing. I am really thankful especially to Digicel for reaching out to me,” said Williams, a resident of Linstead, St Catherine,

Williams said he hopes that others would see the bigger message - that if all Jamaicans could reach out to help each other, the country would be a better place.

“Many people say that Jamaica is filled with a lot of crime but I believe that a lot of good people are out there," he said. "It is just for them to all play their part to reach out and help each other in whatever way they can."

'Good Samaritans' turn out in numbers for annual 5K run