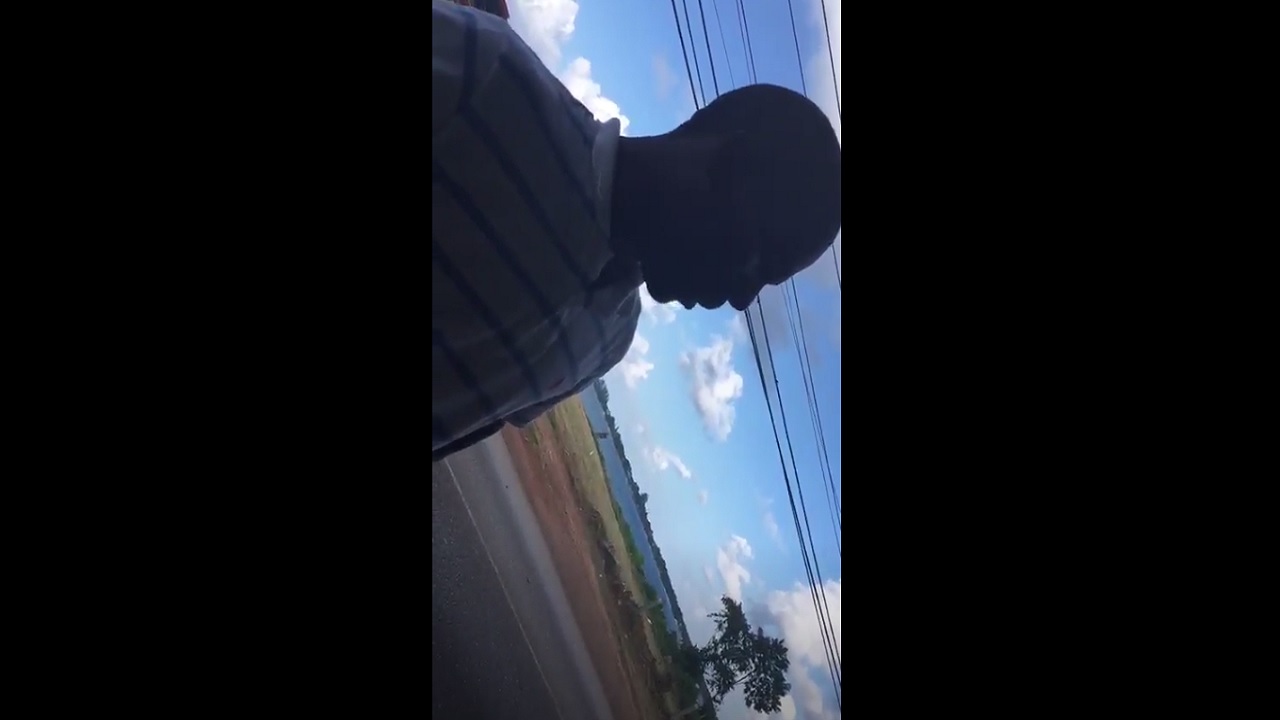 The Police High Command has launched an investigation into a recent incident that was captured on video showing a motorist being reprimanded by a traffic cop after the motorists was caught operating a vehicle with a driver’s licence, but was clearly unable to read.

The location where the incident took place is not clear, excepting that it was a seaside setting.

In the two-minute video that is being circulated on social media, the motorist is stopped for a traffic violation and is asked to spell a very simple word during the interaction.

After asking the cop for a ‘chance’, the motorists was sternly told that his last chance was for him to spell the word ‘it’, but numerous ‘chances’ that were given to him amounted to naught, with all five-letter attempts emerging.

In response to the request to spell ‘IT’, the motorists, under evidently intense internal pressure, made at least two attempts, but served up nothing remotely close to ‘IT’ or even ‘HIT’.

‘URONE’ was the first audible shot at spelling ‘IT’.

Then when the now angry lawman, who is not pictured in the video, only the police traffic vehicle that was involved, made a second attempt at ‘IT’, the new Spelling Bee selection was ‘NOURE’.

While some persons may be commending the policeman for his stance, it appears he is not yet out of the woods, and may not be in line for any praise for his conduct from within the police force, as the outline of how he dealt with the matter has caught the attention of the Police High Command.

Head of the Police Traffic Division, Senior Superintendent Calvin Allen, in an interview with Loop News, said the video points to a dangerous situation, as it showed that the motorist was able to acquire a driver’s licence without being able to read and comprehend.

"Being unable to read and comprehend means the motorist would not be able to identify and understand road signs, and as a result, would place other motorists and members of the public at risk," said Allen.

The senior lawman said the video also showed another extreme, which was the unprofessional conduct of the policeman who is heard in the video using harsh language to the motorist.

“The way in which the policeman dealt with the manner is unprofessional, and is not something that we promote in the Jamaica Constabulary force,” said Allen.

The traffic boss said as a result, the Police High Command is looking into the matter, and warned that the officer involved could be reprimanded for aspects of his actions.

Probe launched over video of 'cop attacking man recording him'