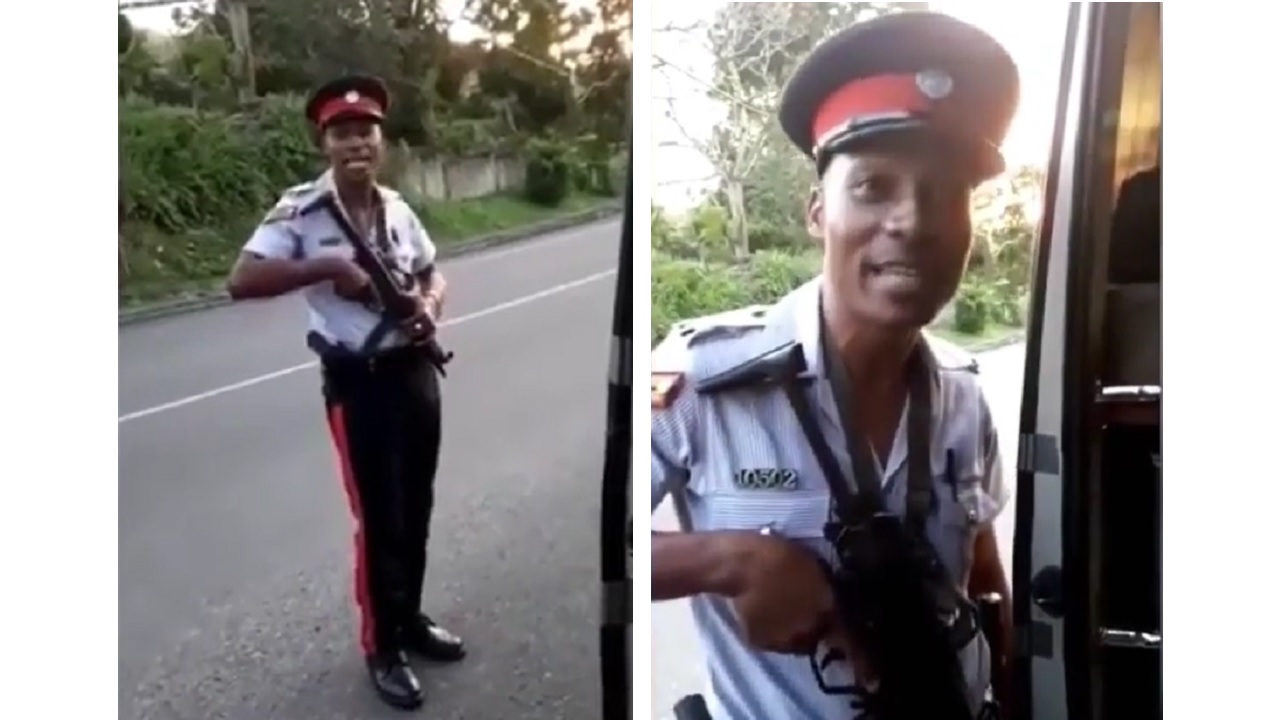 A local policeman is now a social media darling following the release of a video of him conducting a spot check in what has been deemed ‘the most professional manner’.

The action of the policeman is being highlighted at a time when the police high command is expressing serious concern that the image of the Jamaica Constabulary Force (JCF) continues to be affected by some cops who are not adhering to guidelines and displaying professionalism while on the job.

The police officer in the one minute video is seen instructing the female driver of a bus to present her documents for inspection.

The driver, it appears, does not readily comply but the policeman, in a forceful but not overbearing manner, manages to get his message across by informing the driver of what will be the outcome if she does not follow his instruction.

“If you don’t have your driver’s license, national ID or your passport, this bus will stay here and go to the pound,” the policeman warned.

“Don’t play around driver, I am dead serious driver,” he added.

While issuing his order, one passenger from the bus informs the policeman that he was being recorded.

Instead of getting angry, the officer, who had a stern look on his face, pauses briefly to smile for the camera before telling the passenger, “Brilliant!” and indicating that he had no intention of standing down.

A number of social media users have lauded the officer on the way how he handled the situation.

“I really admire how the officer dealt with it; he was firm but not too forceful, and he was clear with his instruction,” said one user.

Another person added, “This is how members of the JCF should conduct themselves.”

The development comes at a time when the conduct of JCF members is once again under the spotlight following what the police high command described as “disturbing” allegations made against them by a fellow officer.

“The high command has noted with concern the disturbing and unacceptable behaviours being ascribed to members of the Jamaica Constabulary Force through a radio feature,” a news release from the corporate communications arm of the JCF stated on Thursday.

“The purported actions, which are being recounted by an alleged lawman, are categorically condemned by the High Command as they do not align with the principles and standards of a modern Police Force,” the police said in a statement.

The JCF said it has implemented a series of measures to reinforce acceptable standards of behaviour by its members, particularly with respect to use of force, human rights and engagement with the public.

Cop who gave ‘helping hand’ to elderly woman gets award