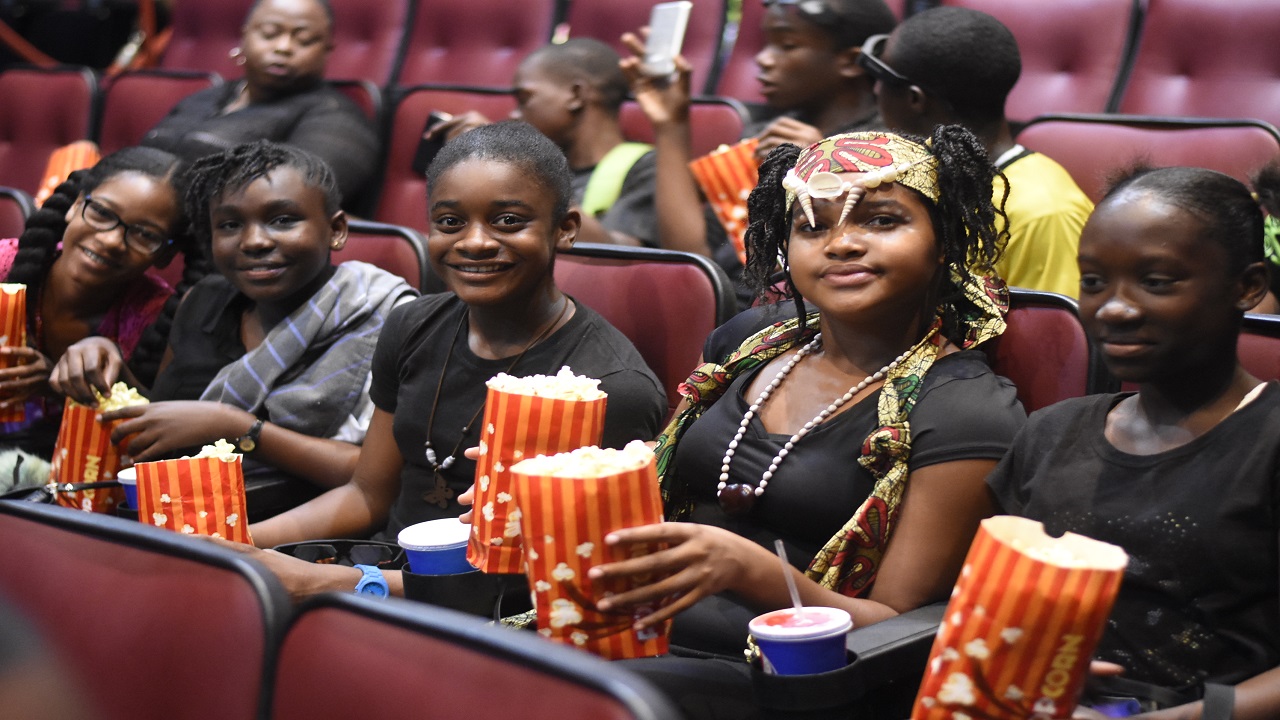 These young ladies are a picture of excitement ahead of the viewing at the Carib cinema in Kingston. (PHOTO: Marlon Reid)

Approximately 500 children from inner-city schools in Kingston were treated to a viewing of the blockbuster hit movie 'Black Panther' on Wednesday, with the aim of using the high-riding internationally acclaimed film to inspire them to greatness.

The initiative is the brainchild of SIAN Associates in partnership with the We Will Rize Together organisation.

The students from Haile Selassie, Tivoli Gardens and Denham Town high schools were feted from early morning until mid-afternoon, as they were transported to and from the Carib 5 theatre, given gifts, fed and counseled by some of the island's entertainers including reggae stars Chronixx and Tarrus Riley.

According to the organisers, the movie had some similarities with former Ethiopian emperor Haile Selassie's visit to the island in 1966. After his arrival, Selassie bought a piece of land, which is where the Haile Selassie High School was built. A scene like that took place with the main character towards the end of the movie, they explained.

Chaka Bars, a founding member of the We Will Rize Together organisation, said, "Haile Selassie came out of Ethiopia, all the way to Jamaica to give a school. That's something that is significant and we should look after that.

The movie was held in two different theatres with the children screaming their approval at various stages. They expressed joy at being given the opportunity.