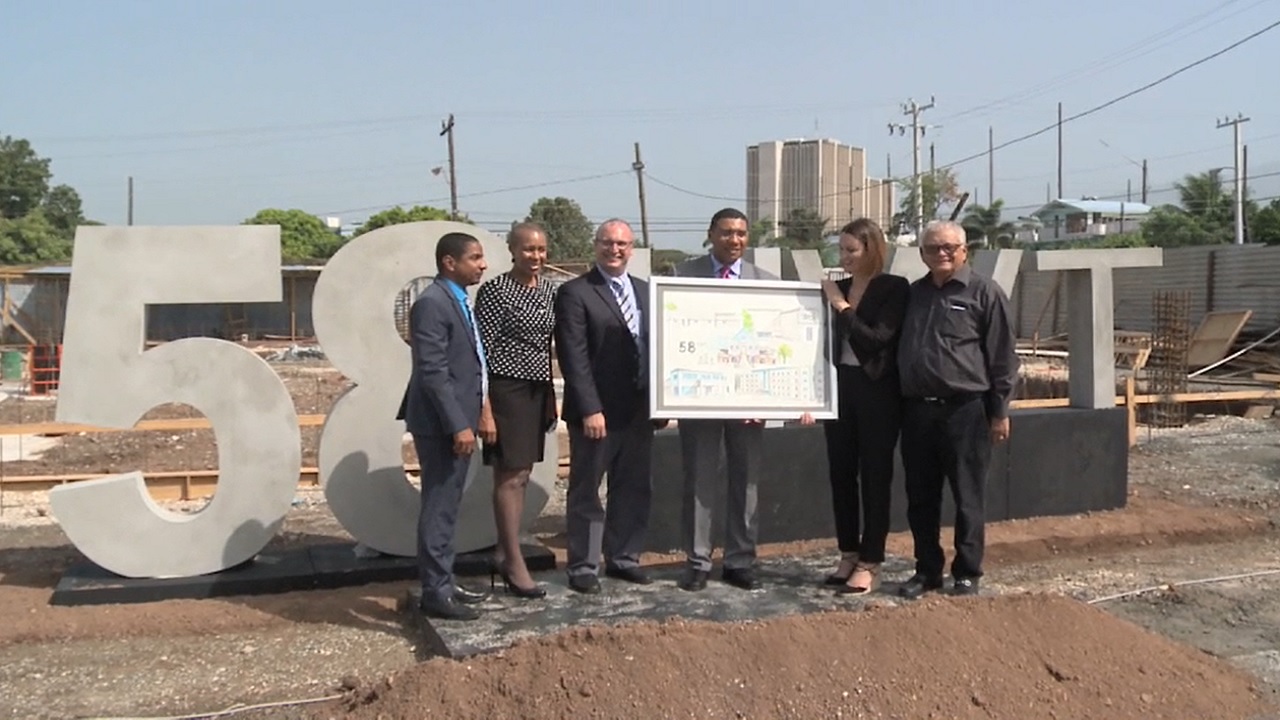 Ground was broken on Thursday morning for a technology park that will have the largest business process outsourcing (BPO) facility in the English-speaking Caribbean, providing 3,300 call-centre seats and more than 5,000 permanent jobs.

The investment is worth more than US$30 million and will result in the development of an integrated technology park, dubbed '58HWT', in Kingston.

The facility is being developed by Stanley Motta Limited, which is owned by the Musson Group, and will consist of 230,000 square feet of office space, rented predominantly to BPO operators. It is located at 58 Half -Way Tree Road in the city.

It will also have associated services such as day care; automated teller machine (ATM) and financial services, healthcare, such as dental and medical; and food and beverage.

He argued that the project shows the confidence that Musson has in the country's productivity and capacity, and symbolises the convergence of public- and private-sector aspirations.

“58HWT will be developed into the largest tech park in the Caribbean. This is being done by renovating old warehouses and building new space. The space is predominantly rented to BPO facilities and their support services,” Holness said.

He emphasised that in order to continue nurturing Jamaica's sustained growth in outsourcing services, the country must pay attention to the critical factors that impact its potential.

Meanwhile, Chairman of the Musson Group, Paul Scott, said the tech park investment is part of a series of developments being undertaken by the group.

The project is being undertaken in phases, and the full project is expected to be completed in June 2018.

The BPO tenants will include Alorica Jamaica, which has already taken 50,000 square feet and is expected to take on more space in the complex.